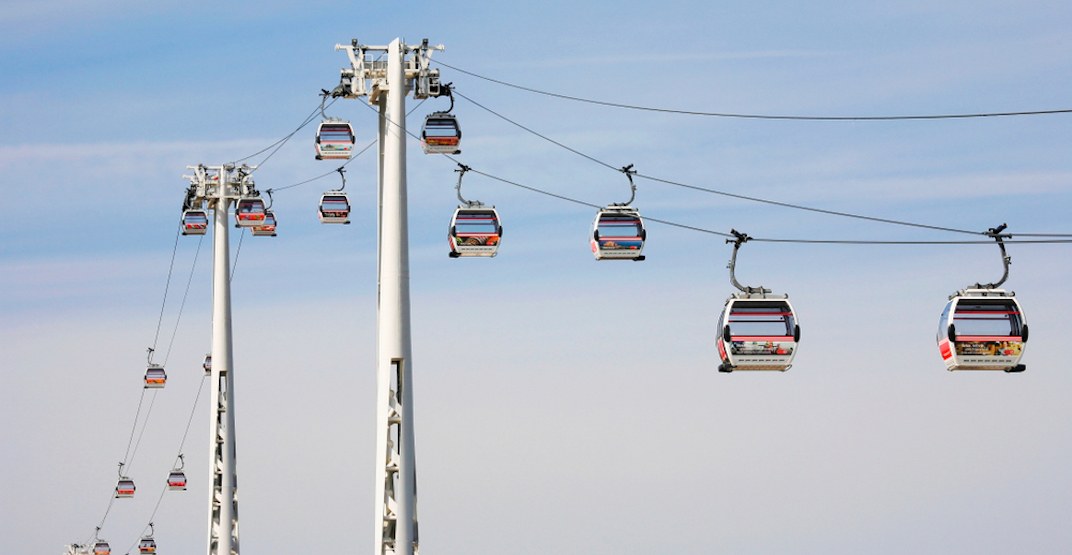 Simon Fraser University (SFU) is making it very clear that it supports the aerial gondola transit line project by taking their pitch online and seeking the public’s help in ramping up wider public support.

The university’s website with features advocacy details on TransLink’s proposal to construct a gondola from SkyTrain’s Production Way-University Station to the peak of Burnaby Mountain, where SFU’s main campus is located.

According to SFU, the campus is a regional destination for education and research, with about 25,000 bus trips per day. But existing bus services are unreliable, with poor on-time performance, bus bunching, and overcrowding.

Waiting times for a bus can be 20 minutes or more, and during peak hours passengers can experience up to four full buses past them, which doubles their journey time up and down the mountain.

“Burnaby Mountain has among the worst performing bus routes in the region, creating some of the longest commute times in Canada for thousands of SFU students, faculty, staff, visitors, and residents,” reads the website.

“An urban transit gondola to Burnaby Mountain is practical and affordable technology that can improve transportation across our region.”

Furthermore, Burnaby Mountain’s dense ‘Univercity’ neighbourhood currently has over 5,000 residents, and it is slated to grow to over 9,000 over the coming years.

There are currently limited road connections up to the mountaintop, but a gondola would provide another route, including an alternative evacuation route for emergencies such as forest fire and snowfall resulting in road closures.

The Burnaby Mountain gondola could have a capacity of as much as 3,000 passengers per hour per direction, exceeding the existing peak hour capacity of the 99 B-Line, for instance. Gondola cabins, similar to the size of Whistler Blackcomb’s Peak2Peak Gondola, could hold roughly 30 people, with numerous cabins running at frequencies as high as less than a minute during peak hours.

By building the gondola, 26 buses could be reallocated to other routes in Metro Vancouver, and the annual operating cost of providing transit service to the campus would fall. Greenhouse gas emissions would be reduced by 7,000 tonnes annually, equivalent to taking 1,500 cars off the road.

SFU also notes that the economic benefit of the project is estimated to be 1.8 times the cost (cost-benefit ratio). At this time, the estimated construction cost is less than $200 million, and it can be built in an 18-month timeline.

“With a relatively short construction time-frame and reasonable cost, this project could begin operating in our community within the next three years,” reads the website.

Supporters of the project are urged to contact their elected officials to express support, share feedback with TransLink, and participate in community consultations.

“The Urban Gondola project has attracted a lot of support and interest among students, businesses and residents in the community,” said the university in an email to Daily Hive. “It’s part of our commitment to work with TransLink and our partners across the region to advance the public conversation around this important proposal.”

In May, Burnaby city council approved their support for the project, but were hesitant over confirming their preference for a direct straight-line route from Production Way-University Station to the campus due to the residential properties between the mountain and the SkyTrain line. Council also emphasized their desire for consultation with area residents.

The direct straight-line route will take just six minutes from end to end, each way, while options for other indirect, detour routes that avoid residential areas — including one route option starting at Lake City Way Station — would take far longer and cost significantly more to build.

Early this year, the University of British Columbia also launched their public advocacy for a continuous SkyTrain extension from the future Arbutus Street Station to the university’s campus.

Editor’s note: This article has been updated to reflect the accurate launch date of the website.