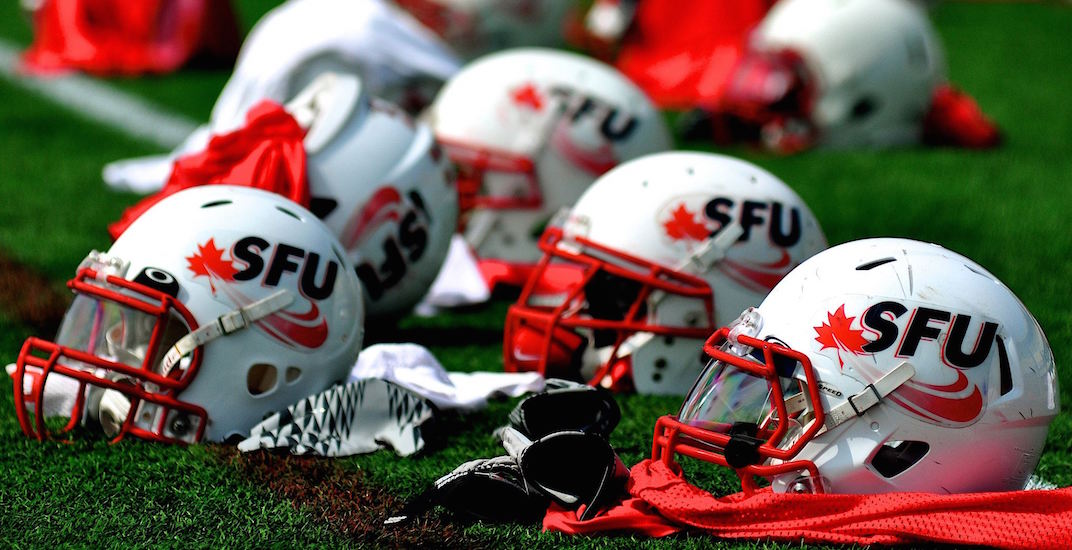 That’s what Holly Andersen, a philosophy professor at Simon Fraser University, is suggesting. She has started a petition to change the school’s nickname. The universitiy’s sports teams are currently known as the ‘SFU Clan.’

“Simon Fraser University is the only Canadian school playing in the NCAA,” the petition says. “Our sports teams play under the name The Clan. But the word ‘Clan,’ which sounds the same spelled with a K or a C, has a century or more of horrible history in the United States, one which continues very visibly in hate rallies and acts of terror in the South. This is not a history we can just wish away by saying, ‘but that’s not what WE mean by it!’ We don’t get to decide all by ourselves what words mean.”

Recent Neo-Nazi protests in the United States have made this issue more pressing, says Andersen.

“In the face of the recent Neo-Nazi and Klan rallies, especially in Charlottesville but also closer to us in Seattle, it is time for SFU to recognize that this word already has a meaning for the teams against whom we play in the NCAA. And we disrespect our competitors, especially but not only Black student athletes, by forcing them to play against a team named The Clan. We can do better.

“SFU needs to model good sportsmanship and leadership by choosing a new name to compete under.”

As someone who is an alumnus of the school and covered SFU Athletics closely for nearly three years, I agree.

When I started covering sports in the fall of 2014 for The Peak, the student newspaper of SFU, I didn’t think much of the school’s nickname and its meaning. It was clearly spelled with a “C” in honour of the school’s Scottish heritage, and I didn’t think it could possibly be misconstrued as something deemed offensive.

That changed close to a year later. At a journalism conference in Austin, Texas an advisor looked visibly shocked when we told him that our school’s nickname was the Clan.

A similar incident happened just under a year later at a different conference in the United States.

Once myself and fellow staff members tried to save face and explained that we were from Canada, that it was spelled with a “C” instead of a “K”, and it was meant to honour the Scottish Clan, they were understanding.

But if you have to explain in detail every time it’s brought up why it is not offensive, it’s best just to change it to something else. SFU may not associate the world ‘Clan’ with the KKK but there are plenty of people – especially in the United States – who do. We can’t pick and choose what certain words mean to certain people.

Although I’m sure the name was never meant to be linked with the hate group, meanings of words and images change over time. Pepe the Frog used to be a harmless meme. Now, it’s a symbol of the alt-right.

There are plenty of other names to choose from, and SFU should find a more appropriate one.