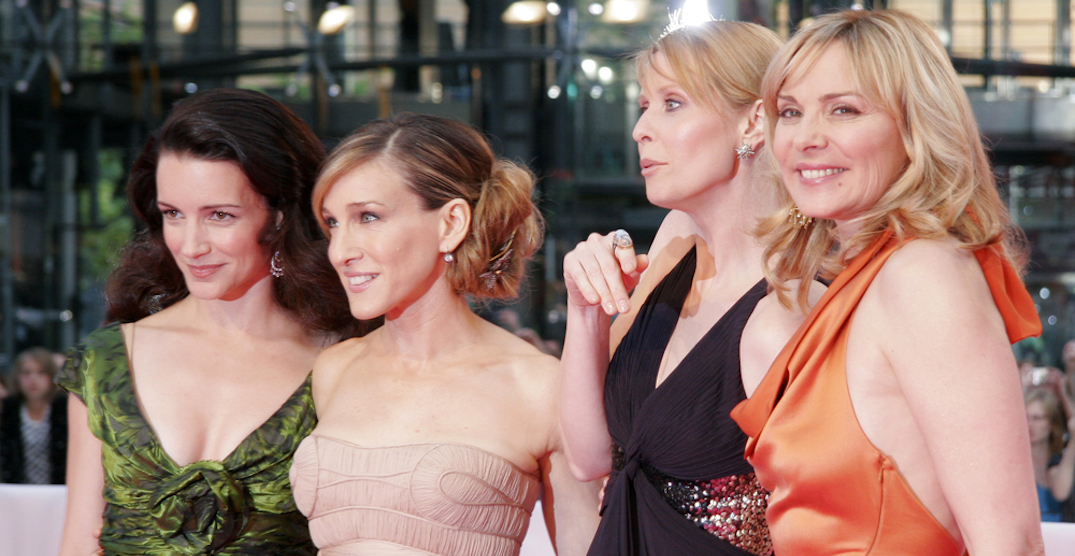 If you couldn’t help but wonder, what would Carrie Bradshaw be doing in 2021? Wonder no more.

Sex and the City is officially returning.

But its famous Canadian connection/one of the main gals will not be.

The much-anticipated reboot will be going ahead without Kim Cattrall, who portrayed the spicy Samantha Jones for six seasons and two SATC movies.

Earlier this week, HBO Max announced And Just Like that…, a new chapter of the groundbreaking HBO series Sex and the City.

The show will be produced by Michael Patrick King and stars Sarah Jessica Parker, Cynthia Nixon and Kristin Davis, all returning to their roles as Carrie, Miranda and Charlotte.

There will be 10 episodes, half-hour each, and it is scheduled to begin production in New York late spring.

“I grew up with these characters, and I can’t wait to see how their story has evolved in this new chapter, with the honesty, poignancy, humor and the beloved city that has always defined them,” said Sarah Aubrey, Head of Original Content, HBO Max.

While HBO hasn’t commented on the missing Samantha Jones, Parker did address it in her Instagram comments.

“Samantha isn’t part of this story,” Parker wrote in a post promoting the new series. “But she will always be part of us. No matter where we are or what we do.”

Cattrall, who has recently been living in Canada, has famously said she would never do more Sex and the City.

Back in 2017, when rumours were swirling about a Sex and the City 3 movie, it was also said that Cattrall had always refused to be part of it.

In an interview with Piers Morgan, reported in Vanity Fair, Cattrall said she got a call about the potential of a third movie, to which she replied, “The answer was simply, ‘Thank you, but no, I’m good.'”

She also said she would never play Samantha again.

Josh, I’ve played ‘SAM’ for 20 years. Am moving on & so should you. Try #SensitiveSkin my show on @Netflix https://t.co/mJYOybZMi8

“I played it past the finish line and then some, and I loved it,” Cattrall said at the time. “And another actress should play it. Maybe they could make it an African-American Samantha Jones, or a Hispanic Samantha Jones.”

A tweet by Cattrall that year also confirmed that she was “moving on” from playing Sam.

So yes, Sex and the City fans. The show is back, and you’ll have new quotes for those Instagram photos this year.

But you’ll just have to do with a little less sass – that is, Samantha Jones.

“I couldn’t help but wonder… What’s the point in reviving Sex and the City without Samantha?”… pic.twitter.com/16UD77IBMK