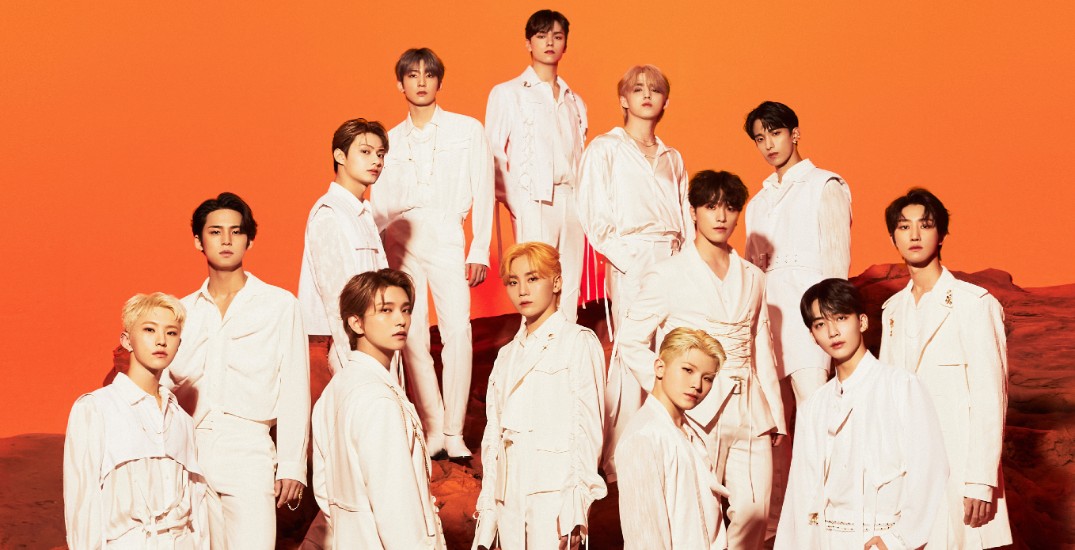 Canadian K-pop fans get ready! Seventeen is coming to Canada this summer as part of their Be the Sun tour and they’re stopping in Vancouver and Toronto.

The announcement marks the launch of their upcoming fourth album Face the Sun, which drops on May 27. The album will feature nine tracks and has already racked up 1.74 million in pre-sales.

The 13-member group will be kicking off their tour with two dates at Seoul’s Gocheok Sky Dome on June 25 and 26 before heading to North America. They’ll be making their way along the west coast but their first stop: is Vancouver at Rogers Arena on August 10.

They’ll also be making stops in Houston, Chicago, and Atlanta before returning to Canada with a performance at Toronto’s Scotiabank Arena on September 3.

Official fan club members and general verified fans can register now until May 26 to get early access to tickets on June 1. So make sure to sign up for the verified fan presale here. Ticket sales for the general public start June 3 at 3 pm ET on Ticketmaster. Prices start at $79.50.

Seventeen Be the Sun Tour 2022