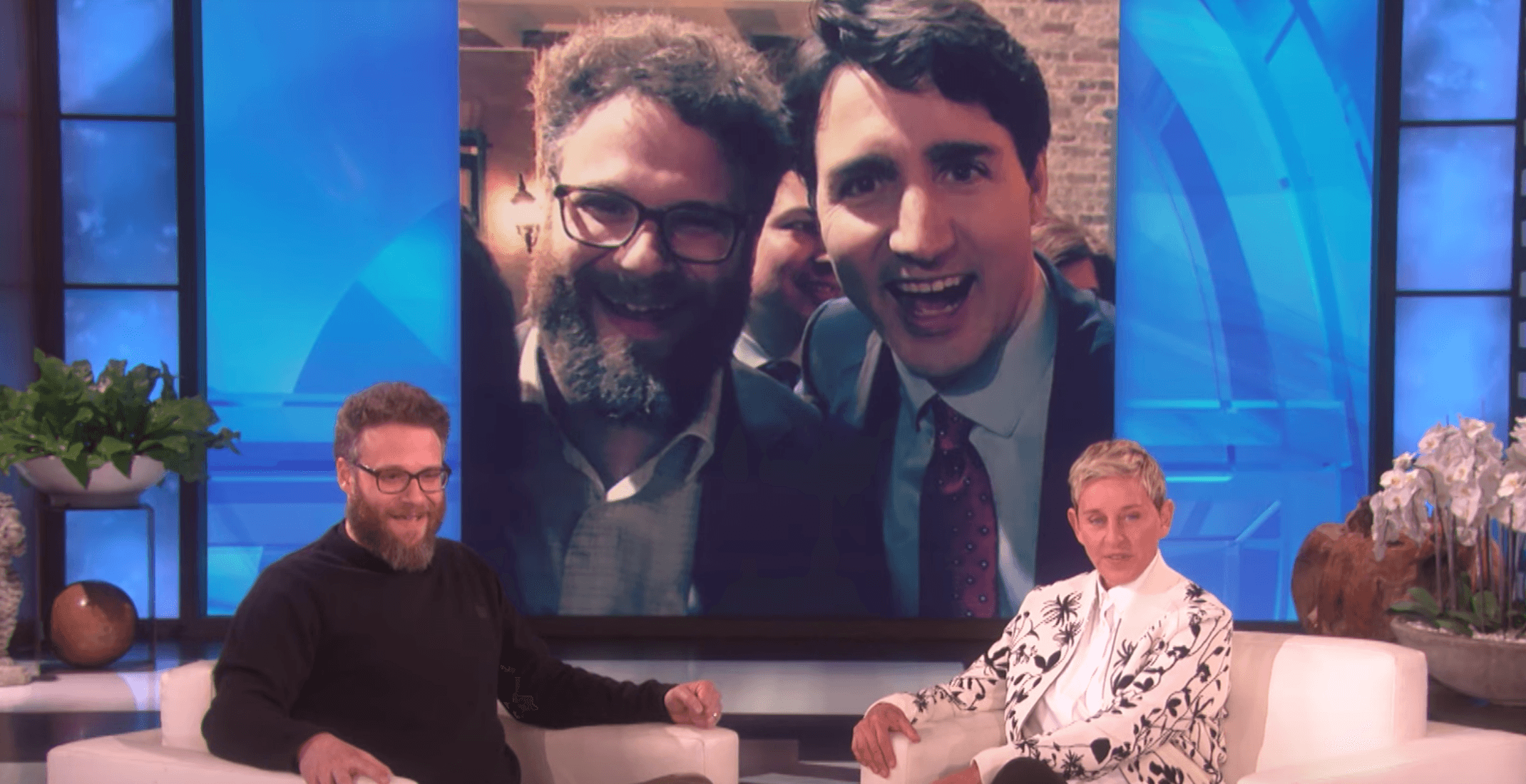 Canadian funnyman Seth Rogen was on The Ellen Show yesterday and Ellen brought up his budding bromance with another well-known Canuck —Prime Minister Justin Trudeau.

“So I saw a picture of you with the Prime Miniter of Canada. Where was this taken,” asked Ellen, as a photo of Rogen with a smiling Trudeau appeared on-screen. 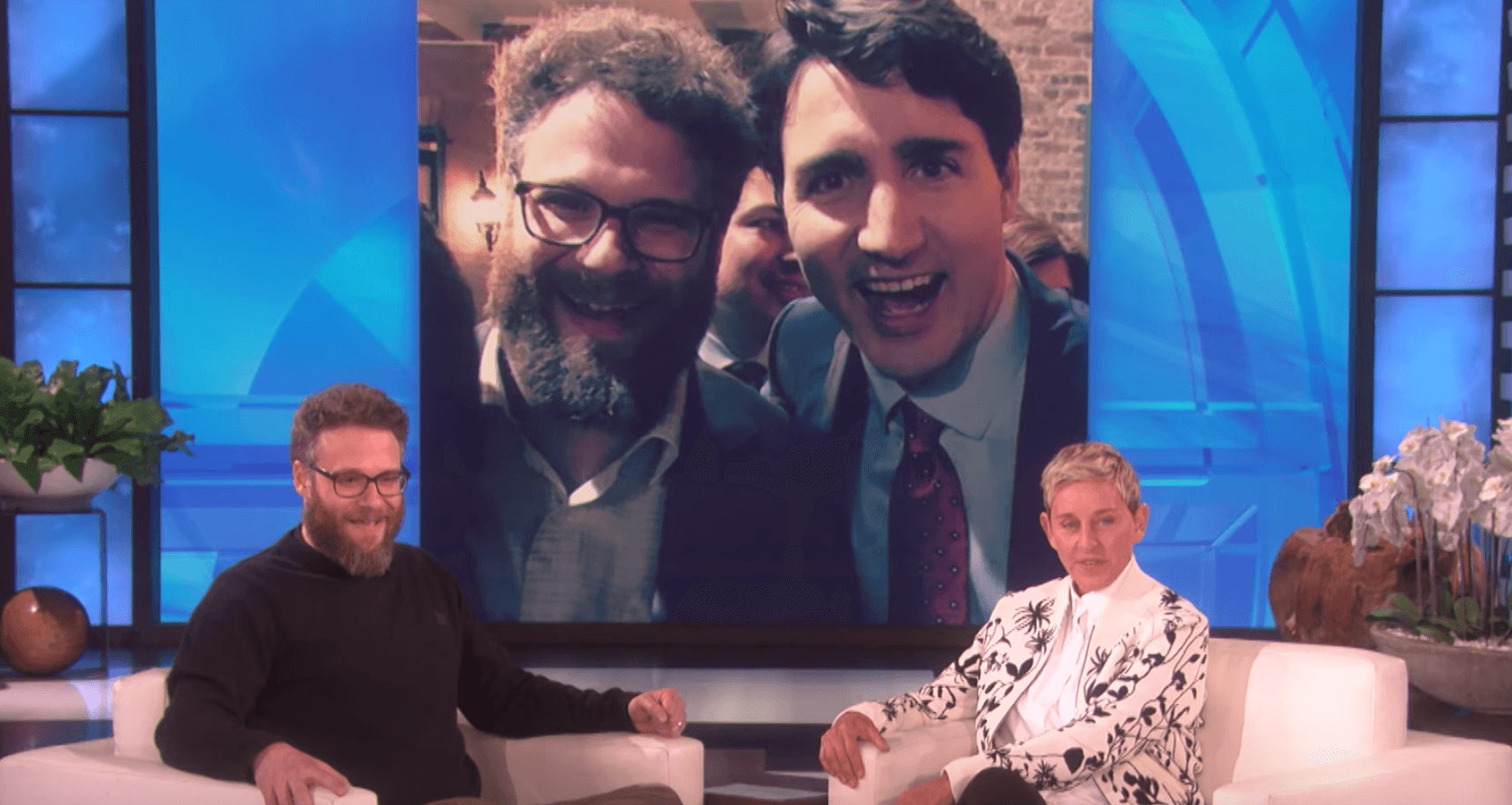 “This was taken at some house that Canada owns. He was so nice. Yeah, Canada owns a house in Hancock Park. It’s lovely, I’ve never been invited there before and then they invited me and Justin Trudeau was there,” explained Rogen.

The Consul General of Canada sounds like a pretty official and important place but Rogen explains that his encounter with Trudeau was much more laid back than his meeting with former US president Barack Obama.

“I met Obama when he was president and it was a very like regimented thing. It’s like you’re brought into a room they searched me like I’m a threat. They did a lot of stuff and were like ‘You’ll have one minute with the President to confer’ or whatever,” said Rogen.

“But with [Trudeau]  it was like he just showed up and was like ‘I’m going to talk to everybody’ and just walked around.”

Rogen also gushed that Trudeau was “super handsome” and the highlight of their meeting was when the Prime Minister gave him a very strong hug.

“I felt his muscles like press into my body like displacement. Like the amount of space his muscles took up my body kind of…smeared out of the way to make room for it.”

Ellen did happen to catch Rogen stretching the truth a little bit. It turns out that the photo Rogen took with Trudeau also included his wife, Lauren Miller, but he cropped her out altogether. 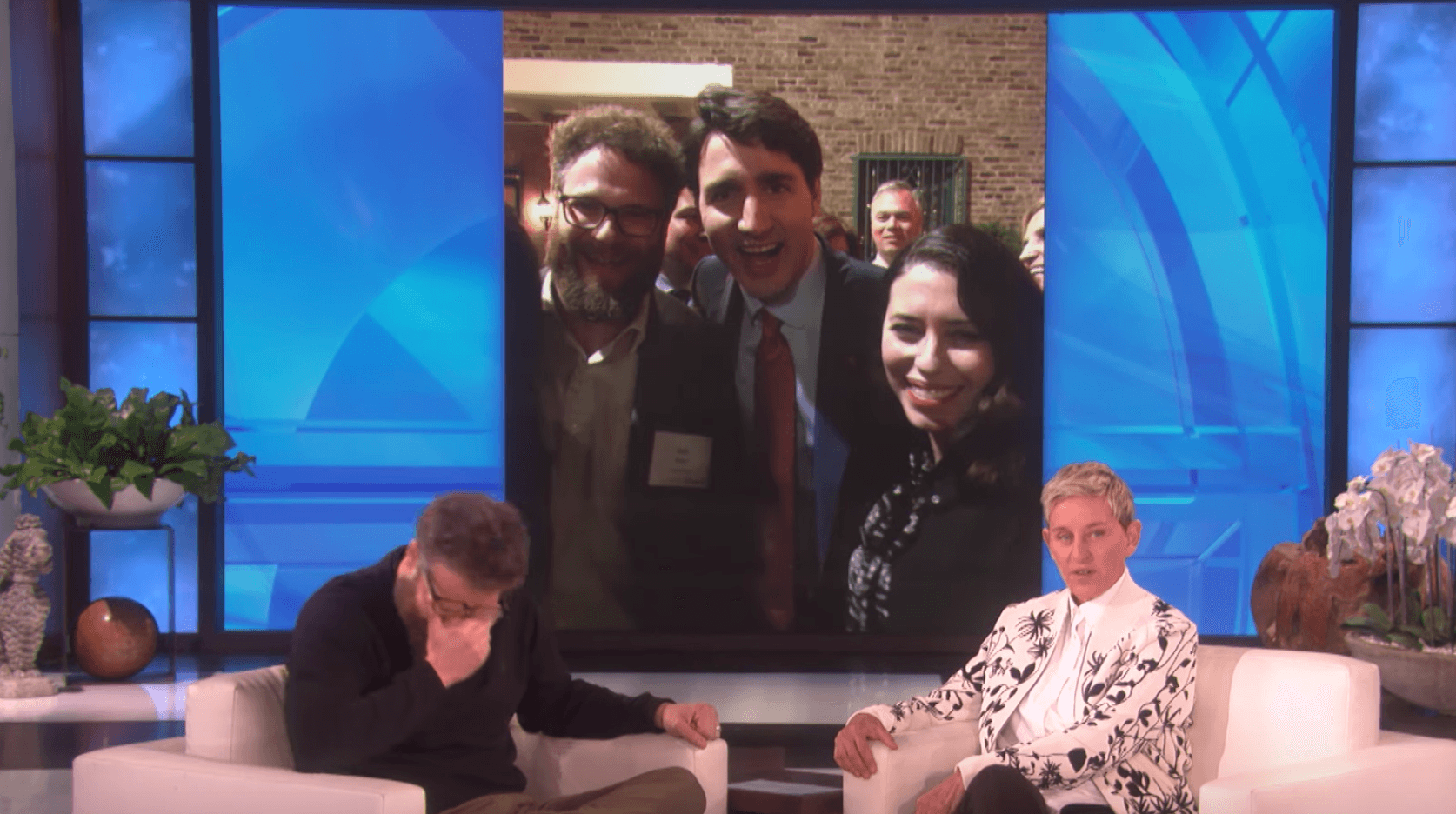 “You seem to be very impressed by him so much so that you cut your wife out of the picture. Why did you do that?” asked Ellen.

“I can’t defend that choice. People have asked me why I did it. It was just – I did it. For whatever reason, in that moment I thought it would be more special to just have a picture of me and Justin Trudeau,” laughed Rogen. “I’ve been Canadian longer than I’ve been married,” he added.

Seems like this is the beginning of a beautiful bromance.