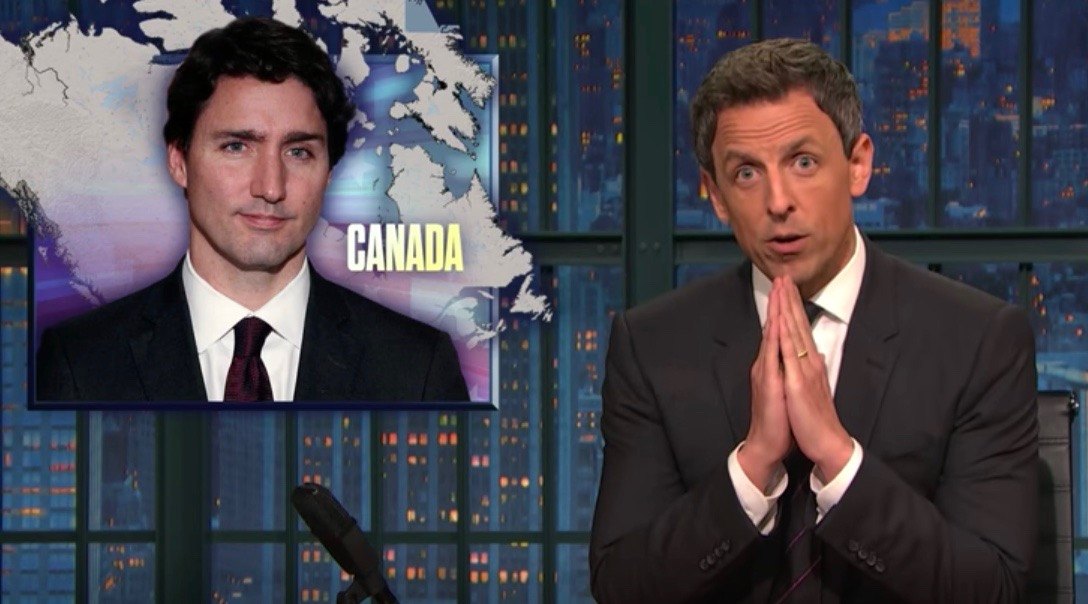 Of course, his focus on the Great White North was filtered through all things Trump. Giving a brief rundown of the current Canada-US trade relation tensions, Myers delivers a few hilarious one-liners, including:

“A fight over dairy farmers and lumberjacks sounds like a Canadian romance novel.”

Myers, however, really enjoyed the use of softwood lumber as a topic. Taking the time to make a couple of (pretty decent, actually) dick jokes. Especially:

“Something tells me this isn’t the first time Trump has had to pull out because of some soft wood.”

He then goes on to say that the worst thing the US has ever done to Canada already happened last year when every single Canadian NHL team was kept out of the playoffs.

Watch Myers take Trump’s confrontation with Canada to the next level: