UPDATE: One of the victim’s neighbours has started a crowdfunding campaign to raise money to support the woman’s recovery.

The “Strathcona Care” GoFundMe campaign states: “This woman is a survivor, and will need as much support from the community as we can give her. Recovery can be a long road, and donations will go directly to support her and fund her recovery.  This could be your sister, your daughter, your partner, your friend.  As a city, as a community, please donate anything you can.”

UPDATE 3/27/15: Though police had previously named the suspect arrested at the scene and indicated that individual has an Ontario criminal record, a judge today imposed a publication ban on naming the accused and witnesses.

A 25 year-old man is in custody after allegedly violently sexually assaulting a woman in her Strathcona home.

Vancouver Police report that shortly after noon on Thursday, the suspect, armed with a weapon, entered the victim’s home on the 800-block of Union Street. Once inside, he attacked the woman, tied her up and sexually assaulted her.

A witness in the area heard screams from inside and entered the home where a struggle ensued between the witness and the suspect. As the witness held down the man, the victim was able to escape. Several people on scene were able to hold down the man until nearby police arrive to take him into custody.

The victim was then taken to hospital with “significant” injuries.

Constable Brian Montague told CTV that the attacker was not known to the woman and the assault appears to be random. Police will be recommending several charges against the suspect, who has a criminal record outside of B.C.

Reports from the scene and photos uploaded to Reddit indicate the violent nature of the attack. 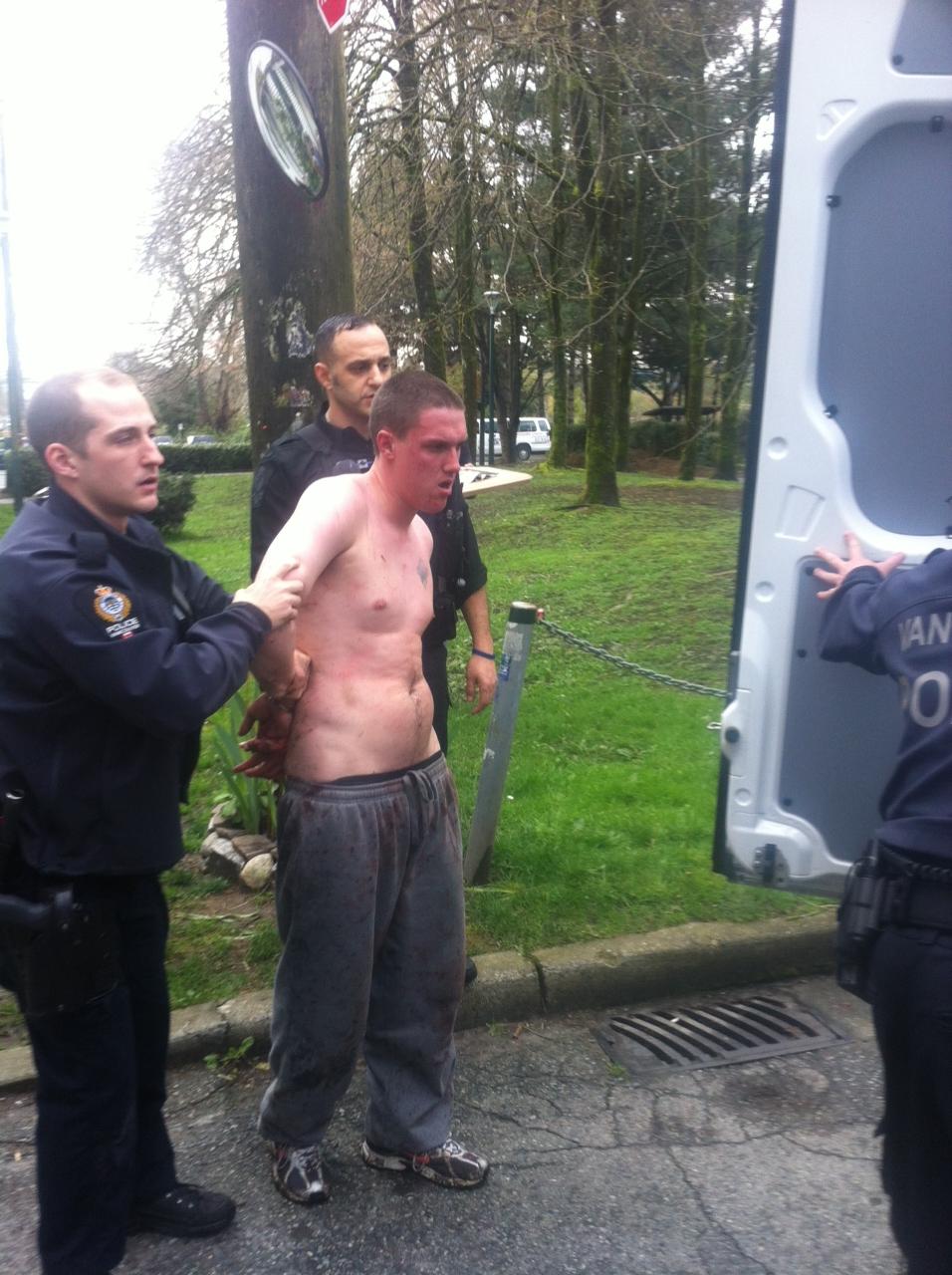