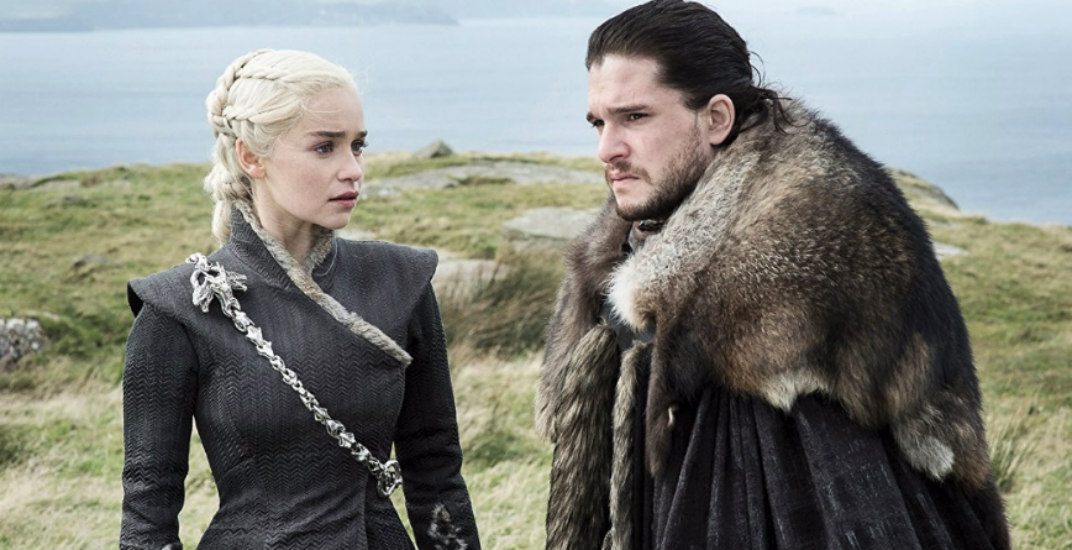 You’ve started dressing in layers and holding your coffee cup a little longer just to warm up your hands. Yes, winter is coming.

We’ve got good news, though. The frostier weather makes for the perfect excuse to binge on all the episodes of Game of Thrones – and the list of binge-worthy series goes on.
TELUS Pik TV™ is a great place to watch these series. Seriously, it’s as simple as plugging the Pik TV media box into your TV or downloading the Pik TV app to your smartphone or tablet.

To help you plan your binge-watching, Daily Hive has teamed up with TELUS to choose nine series that you’ll want to watch as the weather gets colder.

If you’re looking to watch a majestic, gripping television series, look no further than Game of Thrones. Seven seasons have been released to date. That means you have plenty of action and romance to keep you warm as winter approaches. The seventh season came to a thrilling, action-packed ending this summer, leaving fans the world over hanging in suspense. If you’ve missed out, now’s your chance to catch up on Jon Snow, Daenerys, Tyrion and all the many intriguing characters (including dragons!).

This hilarious show is a remake of the popular British series of the same name (and featuring the likes of James McAvoy in his pre-X-Men days). The U.S. version is set in Chicago where single father of six, Frank Gallagher (played by the brilliant William H. Macy), spends most of his free time drinking at local bars. His eldest daughter, Fiona, acts as the matriarch in her mother’s absence, but lets the younger kids get away with a lot more than a responsible parent might. The raw comedy is simply addictive and, with seven seasons released so far, you have your TV-watching schedule sorted.

You’ll seriously be on the edge of your seat watching this Netflix original drama. So far, three seasons have been released, each delving into the cocaine trade in Colombia in the late 1980s and bringing to life the stories of dangerous drug lords such as Pablo Escobar. You’ll get a look into the massive scale operations Escobar ran and how he managed to stay ahead of law enforcement officials. This is a series you need to see to believe what happened. Whatever you do, have a blanket by your side for the scary scenes.

This award-winning Netflix original series kicks off with a ruthless politician, Frank Underwood (played with panache by Kevin Spacey) plotting is way into power with able help of his equally ruthless wife, Claire Underwood (Robin Wright). Over five seasons, Frank’s plans and actions come together and fall apart, but you can never count Frank and Claire out of the game.

For something totally different, then Black Mirror is your go-to. Three seasons of the show have been released so far and you can check them all out on Netflix. Each episode is a carefully crafted, stand-alone drama filled with both suspense and dark humour. It will make you see the world in a weird Twilight Zone kind of way.

When high school chemistry teacher Walter White discovers he has cancer, he teams up with his former student Jessie to cook meth. Obsessed with money, the pair prove willing to go to any lengths to sell their product, and encounter some terrifying folks along the way. The series originally aired on AMC from 2008 to 2013, but it’s truly timeless. With five seasons to catch up on, this could be your drama-filled, binge-watch buddy for weeks.

This dark U.S. comedy is the perfect follow-up to Breaking Bad. The spin-off puts Walter White’s attorney and money-minder, Saul Goodman, in the spotlight. Goodman (portrayed by Bob Odenkirk) shows you his hilarious hustle in the law world and some other questionable acts that are often hilarious. It’s incredibly entertaining and, with three seasons released so far, you’re going to want to watch all of them. And that’s ‘Saul good.

Orange Is the New Black

Based on a memoir by Piper Kerman, this critically acclaimed Netflix series opens as Piper Chapman’s (Taylor Schilling) past catches up on her and she finds herself in a women’s prison in Connecticut. Find out what happens from then until the end of season five by watching the series back-to-back. Expect plenty of laughs, tears and gasps along the way.

This American legal drama begins when New York City lawyer Harvey Specter hires a street-smart college dropout who impresses him, Mike Ross. So far, seven seasons of Suits have been released and you can find out exactly how their dynamic plans play out by starting from episode one. It doesn’t hurt that one of the series’ stars, Meghan Markle, is the focus of some serious off-camera drama stemming from news of her ongoing romance with England’s Prince Harry.

If you haven’t already heard, Pik TV is not your traditional TV subscription service. Powered by Android TV, Pik offers the most popular live TV channels, an On Demand library of shows and movies, as well as direct access to the Google Play Store for a variety of streaming and gaming apps like Netflix, YouTube, and Spotify. It’s ideal for all you cord- cutters and cord-nevers who aren’t interested in signing a contract.

Protip: you can watch these shows and more at home or on-the-go with Pik TV and it’s $0 for the first month. So what are you waiting for? Grab some popcorn and get comfy.