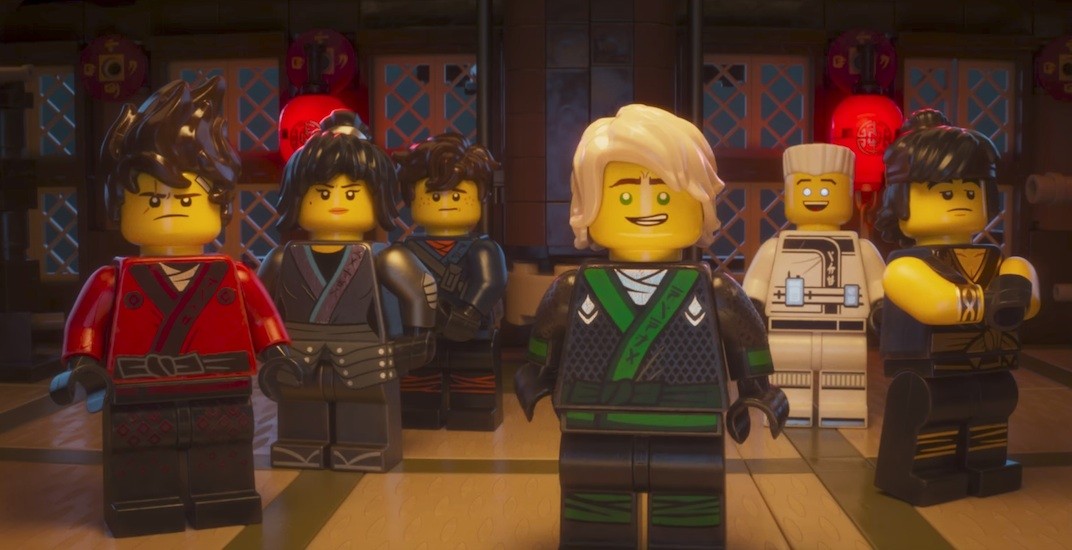 Summer may be almost over but there’s no shortage of blockbuster entertainment hitting theatres in the coming weeks.

This month’s highlights include the long-awaited big screen adaption of a Stephen King horror classic, a sequel to a 1990 science-fiction thriller about the afterlife, and another psychological twister from acclaimed filmmaker Darren Aronofsky.

But it’s not all doom and gloom. Also on the cinematic horizon are a new Lego movie, a romantic comedy with Reese Witherspoon, and the true story of an epic tennis match from 1973.

Here’s a look at 10 titles coming to a theatre near you in September.

The drama garnered considerable fame earlier this year when it debuted at the Sundance Film Festival. Australian Danielle Macdonald’s lead role is also being praised by many as a ‘star-making turn’ for the actress.

The world’s most terrifying clown is finally hitting theatres to haunt your dreams! Just over a month after The Dark Tower hit theatres, Stephen King fans are in for another cinematic treat with the highly-anticipated release of It.

The 1986 horror novel classic was adapted into a 1990 TV mini-series and has significantly contributed to worldwide clown-phobia for years. Argentine filmmaker Andy Muschietti (Mama) takes the helm with Bill Skarsgård (son of Stellan and brother of Alexander) tackling the iconic role of Pennywise. The film was shot mainly in southern Ontario.

Reese Witherspoon stars in this romantic comedy written and directed by Hallie Meyers-Shyer. She plays a single mom who moves back to LA with her daughters.

During a night out on the town for her 40th birthday party she meets three aspiring filmmakers and agrees to let them live with her. Unsurprisingly, the arrangement meets with some unexpected results.

He teams up with a Cold War veteran (Michael Keaton) to take down a mysterious operative (Kelowna’s Taylor Kitsch) who intends to start a World War in the Middle East. The story was adapted from the 2010 novel of the same name.

The plot follows a couple (Jennifer Lawrence, Javier Bardem) whose picturesque country home life is disrupted by the arrival of a mysterious couple played by Ed Harris and Michelle Pfeiffer. Story details are scarce so expect plenty of twists.

Get ready for more Lego on the big screen – this time with a martial arts twist. Based on one of the toy’s most successful sets, this 3D computer animated adventure will obviously be a mix of action and comedy.

Game. Set. Match. Steve Carell and Emma Watson play tennis stars in this new sports comedy-drama based on a famous true story from 1973.

Set during the rise of the women’s rights movement, Battle of the Sexes is the tale of an epic tennis match between women’s World #1 Billie Jean King (Stone) and ex-men’s-champ Bobby Riggs (Carell). The bout became one of the most watched televised sports events in history.

A supersized spy sequel, to a surprise hit from 2014, hits the big screen this month with Kingsman: The Golden Circle. Britain’s Kingsman spy agency headquarters are destroyed so the remaining operatives travel to America to help their US counterpart take down a notorious criminal mastermind played by Julianne Moore.

Veteran star Tom Cruise is back playing a pilot who lands a job as a drug runner with the CIA in Central America during the ’80s. American Made is based on the crazy true story of former TWA pilot Barry Seal.

A 1990 science-fiction horror flick gets a modern makeover with Flatliners. Although first billed as a reboot, actor Kiefer Sutherland (who starred in the first one) disclosed last year that it’s actually a sequel and he’ll reprise his original role.

The plot follows five medical students who embark on a dangerous experiment involving the afterlife. The movie, shot mainly in Toronto, stars Canadian Ellen Page along with Nina Dobrev and Diego Luna.