The Sensationalists is the new unusual production of 605 Collective in collaboration with Maiko Yamamoto, one of the two founders of the company Theatre Replacement.

The show is inspired by the ASMR – Autonomous sensory meridian Response – a neologism that defines the tingling sensation of the body, particularly in the spine and the head, in response to different stimuli. This sensation is exactly what Lisa Galley and Josh Martin, co-artistic directors of 605 Collective, and Yamamoto wanted for their public to experience.

The Sensationalists started before it began. It started outside the theatre and in the hall space of The Cultch Historical Theatre, where some dancers initiated discussion with the audience waiting outside, or took the shapes of the building, the benches, the tables… Sometimes, they created lines of bodies inviting the viewer to get close to them.

When the show officially started people entered either the balcony or the orchestra. In the first case, the audience watched the show seated, far from the performers; in the second case viewers were actually located on stage. Spectators were not just observing, but they were part of it. 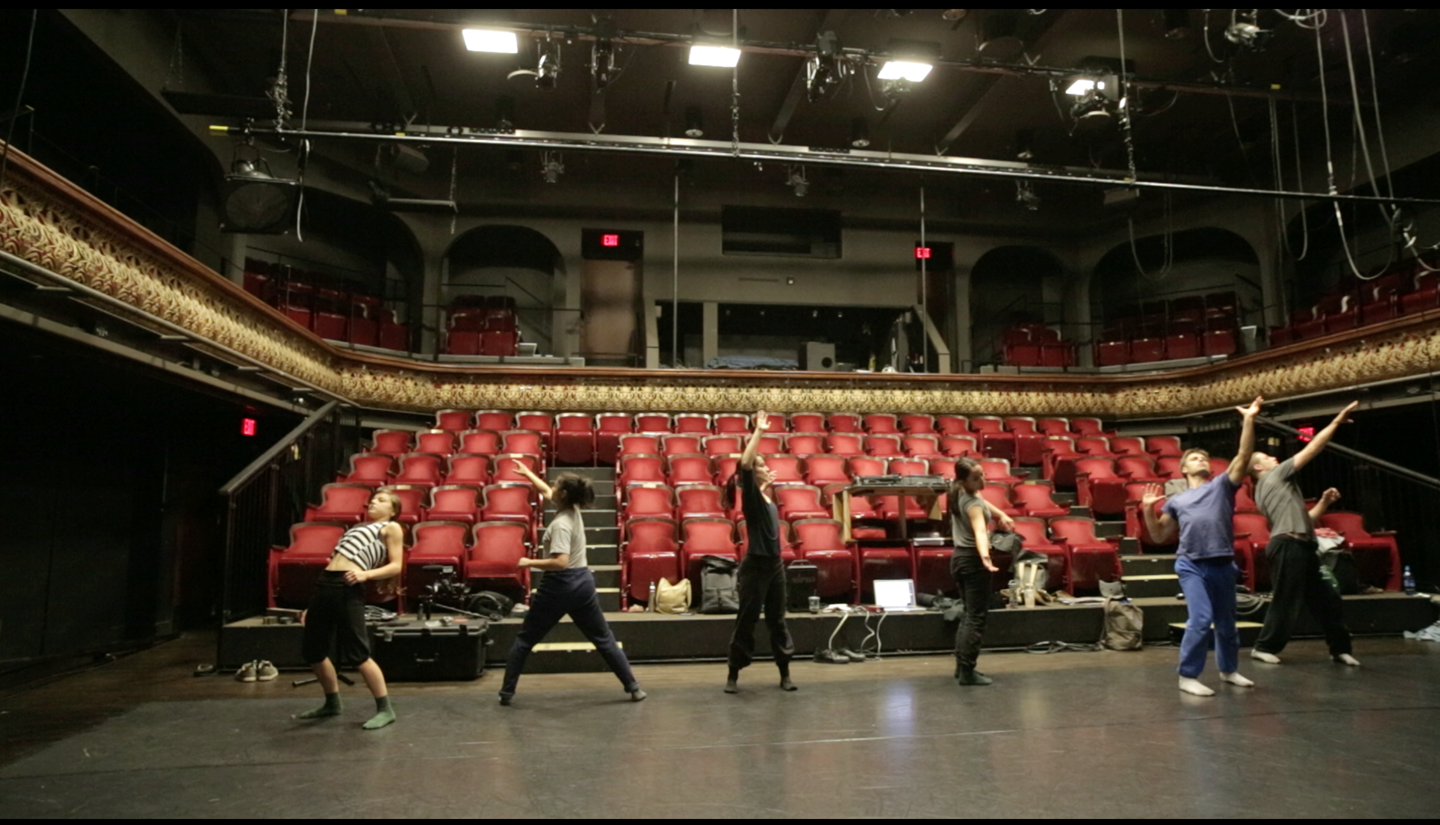 The six dancers, Lisa Gelley, Josh Martin, Jane Osborne, Walter Kubanek, Lexi Vajda and Laura Avery, invited the audience to participate without forcing or pushing them too much. A new score that always enlightened movements, written by Gabriel Salomon, accompanied the dance. The same happened with the lights, designed by James Proudfoot, operated by dancers themselves on stage.

Dancers’ bodies constantly negotiate space between them and the audience; their physical dance was full of falls, elevations and a sort of climbing of bodies. For each moment, they asked for viewers’ help: a hand, a shoulder, a body itself became a support.

Even though I felt strongly engaged with performers, it was unclear to me how much spectators were allowed to interact and participate. Was that an invitation to dance or were dancers just asking for support?

The Sensationalists is an innovative piece, full of interesting stimuli, performed by wonderful dancers accompanied by engaging music. Perhaps I would have liked to see just the first part of it, because to me it seemed composed of two pieces fused together but strong enough to exist as separate entities.