UPDATE: The injured man has now been identified as a Vancouver resident in his 80s.

The man’s family has been contacted by investigators, his injuries are still considered serious and he remains in hospital. The investigation continues and there is no further information to release at this time.

An elderly man was struck and seriously injured by a vehicle in Vancouver on Thursday morning.

Police are now trying to figure out exactly who he is, and are asking for the public’s help in identifying him.

The incident happened just after 7:30 am, near SkyTrain’s 29th Station at Slocan Street and East 29th Avenue in Vancouver.

The victim was taken to the hospital, but had no form of ID on him.

While police did not provide a photo of the man, they have released photos of the clothes he was wearing at the time of the incident, in the hopes someone might recognize them. 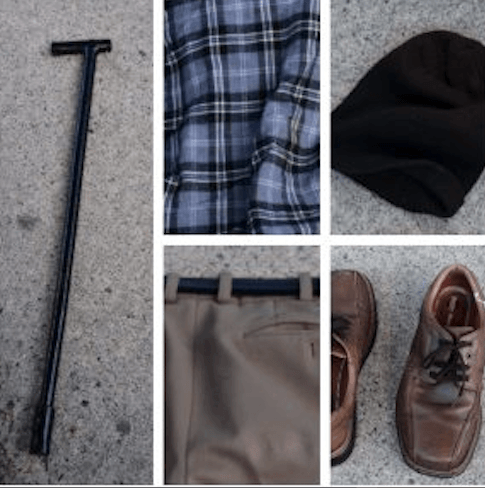 The outfit of an unidentified senior citizen who was struck by a vehicle in Vancouver. (Vancouver Police)

Anyone who thinks they may have information on the case is asked to call 911 or to the VPD’s Collision Investigation Unit at 604-717-3012.