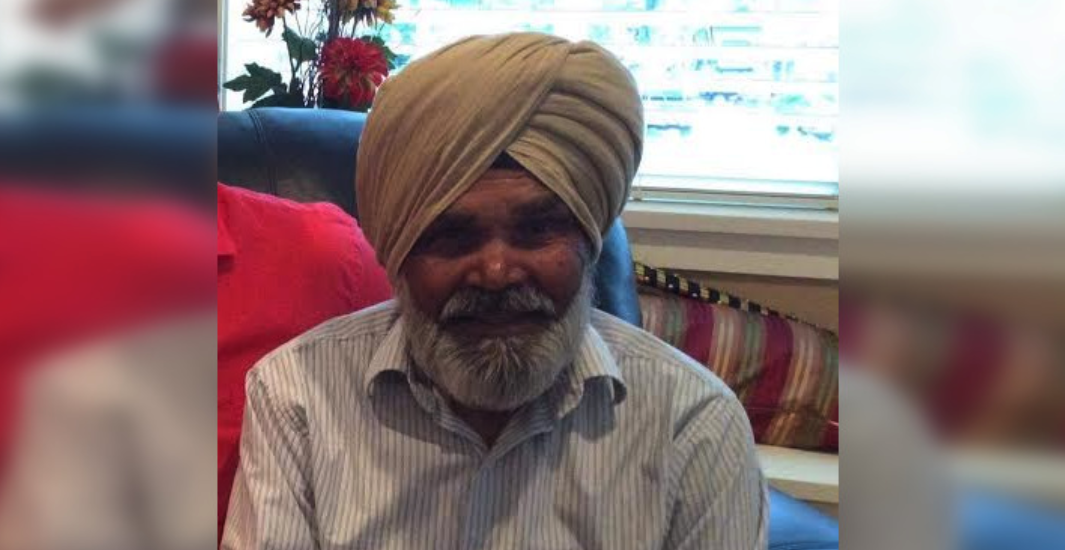 Abbotsford police are investigating after an 88-year-old resident was allegedly assaulted last week.

According to police, the incident occurred on Friday, November 6, at 10:43 am in the 32071 block of South Fraser Way.

The victim was walking at the intersection of SFW at Cedar Park Place when he was allegedly shoved to the ground.

“Over the weekend, we have been able to speak to the victim of this incident. The victim is able to advise that the person that was near him spoke English and believes he was purposely shoved as there was no one else around him,” stated Sgt. Judy Bird of Abbotsford Police.

Investigators have not released information on the suspect due to “conflicting descriptions of the person who may have shoved the victim.”

The victim’s grandson — who requests to be identified as “Sunny” — told Daily Hive in an email that his grandfather — who goes by Kartar — was “badly injured” and suffered a fractured hip from the incident.

“The man who attacked him fled. No one witnessed the incident – Kartar was unable to move or stand up again. He was found 10-15 minutes later by a passerby, who aided him in calling an ambulance and the police,” stated Sunny.

He shared concerns that the attack could have been because his grandfather was wearing a turban. At this time, Abbotsford Police say there is “no indication” this was a racially motivated attack.

Sunny says doctors have informed his family that it will take “many months” for his grandfather to recover and he will now have to use a cane to walk.

The family has been left “shocked and horrified that someone would attack a senior like this, causing him a life-changing injury,” added Sunny.

“We hope that this attacker is apprehended and no one else has to suffer the way my grandfather is suffering now.”

The Abbotsford Police are asking witnesses or anyone who has information regarding this incident to contact them at 604-859-5225.