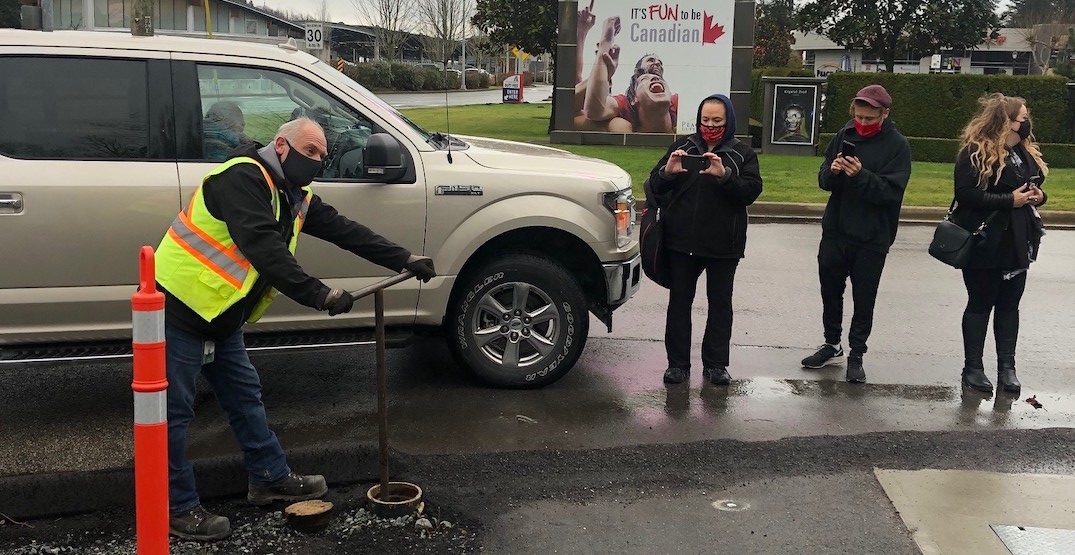 The Semiahmoo First Nation has been under one of the longest continuous boil water advisories in Canadian history, but this recommended health safety practice will finally end sometime in 2021.

Earlier this month, the First Nation held a ceremony recognizing the City of Surrey’s opening of the Semiahmoo Water Tie-in Connections to the water distribution system.

They are one of the smallest First Nations bands in the region, with their lone reserve spanning a 1.3 sq. km. area at the southeasternmost corner of Surrey — framed by White Rock to the west, 8 Avenue to the north, Highway 99 to the east, and Peace Arch Provincial Park to the south.

Their population is about 100 people, with approximately half living on reserve and the remainder elsewhere. 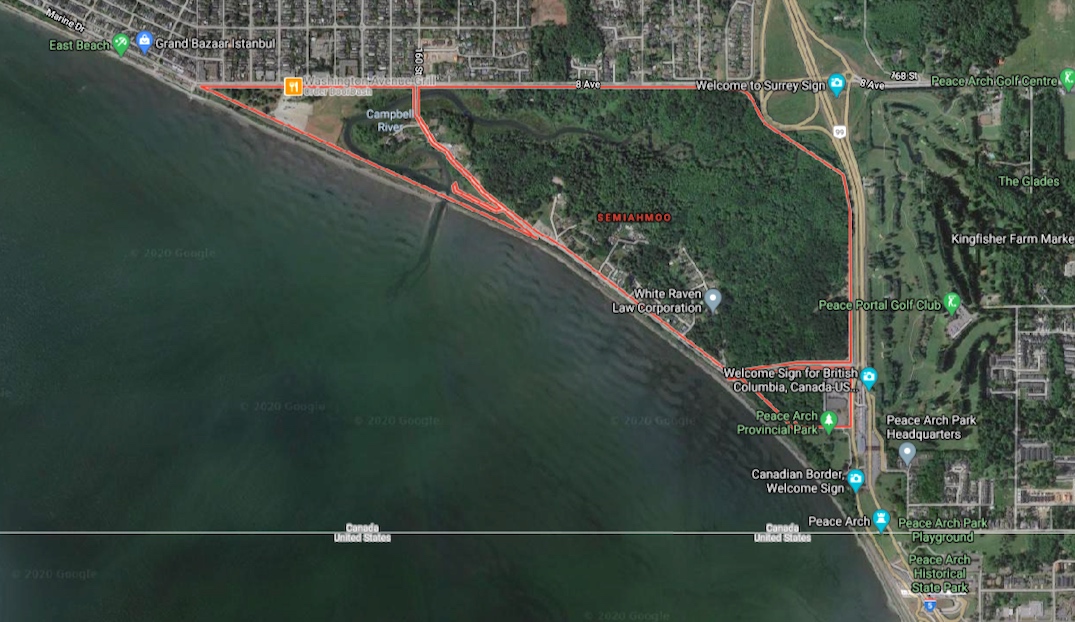 The First Nation reached an agreement with the City of Surrey in July 2018 to provide potable water and sewer connections to the reserve. Construction on two km of piping began in March 2019 with funding from the federal government.

The project is now expected to reach completion next year, after incurring some delays due to COVID-19. The work will reach full completion once the new water and sewer infrastructure connect with the homes on the reserve.

In a statement, Harley Chappell, the Chief of the Semiahmoo First Nation, says the new connections mark “hope and new beginnings for our community to have reliable access to potable drinking water. We are proud of what we have accomplished, and this is a momentous occasion for our Nation to improve the health and wellbeing of the Semiahma.”

The band has been experiencing water quality issues on its reserve since 1995, and the boil water advisory has been in effect since 2005.

Much of the reserve was previously leased by the municipal governments of Surrey and White Rock for parkland and landfill uses.

In 2016, the nearby Tsawwassen First Nation completed its own sewage treatment plant at a cost of $27 million to support the immense residential, commercial, and industrial development on its 1,100-acre reserve, including thousands of new homes, Tsawwassen Mills and Tsawwassen Commons shopping malls, and a 334-acre industrial park.