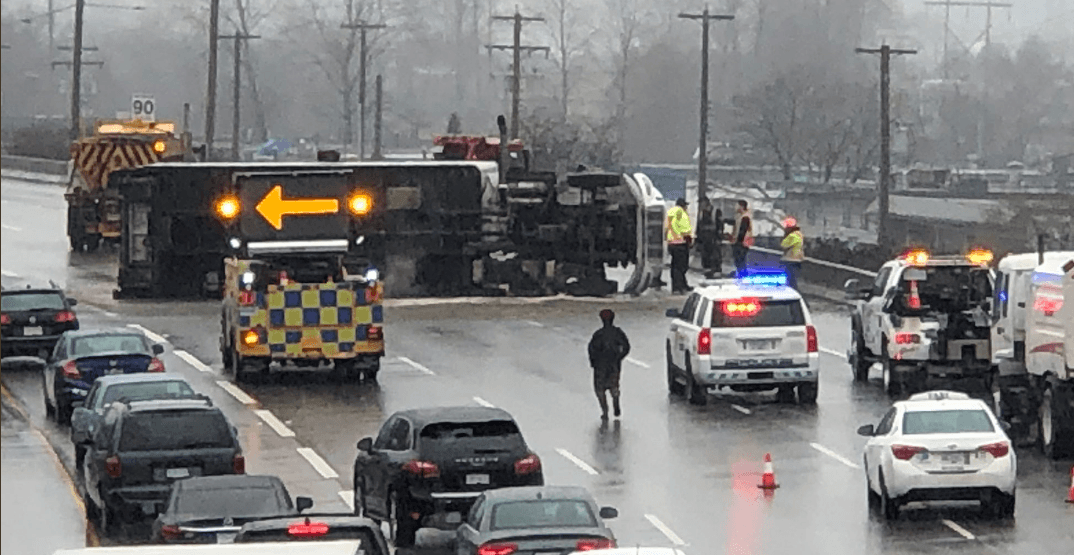 Three lanes westbound on Highway One are blocked in Burnaby after a semi-truck flipped on its side around 2 pm Thursday afternoon.

Drive BC says only the HOV lane is getting through and drivers should expect “major delays.”

The cause of the accident, and whether there are injuries, is still unclear.

The accident has already resulted in significant delays westbound on the highway as four lanes of traffic merge into one.

Emergency crews are on scene.