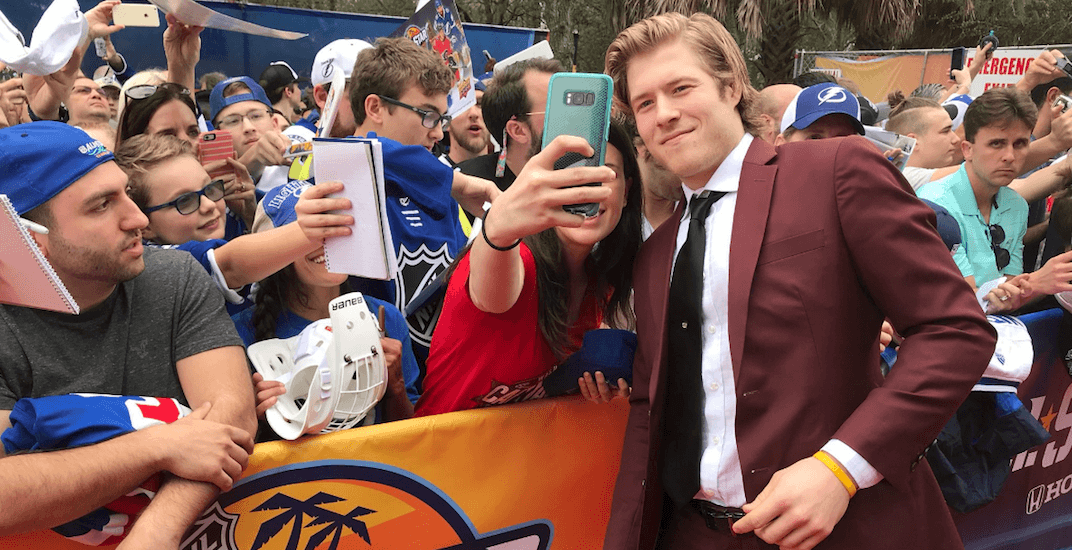 It was a special night at Rogers Arena on Tuesday.

Playing in their second-last game at home, there was incredible outpouring of love for Henrik and Daniel Sedin from Canucks fans.

The feeling was mutual.

When #Canucks fans saluted Daniel & Henrik saying #ThankYouSedins during a stoppage in play, the Sedins said thank you right back. pic.twitter.com/xHHi8N5W5H

One can only imagine what it’ll be like on Thursday, when the Sedins play in their final game in Vancouver.

Sportsnet, which caught a lot of flack for pre-empting the start of Tuesday’s game in favour of the end of the Blue Jays game, looks like they’ll make up for it. They have decided to televise the game nationally, including a 30-minute pre-game show.

The Canucks have several tributes and vignettes they plan to show for the twins – likely including former teammates and coaches.

“This night is a great opportunity to celebrate not just our fans but the tremendous careers of Henrik and Daniel,” said Canucks president of hockey operations Trevor Linden. “This has been a special and emotional week for many and we’re grateful to have the opportunity to say thank you.”

Memories posted to social media with #ThankYouSedins will be shown on the video board as well as Canucks.com/Sedins. A tribute mural wall will be installed on the plaza outside Rogers Arena for fans to write thank you messages – beginning at noon on Thursday.

Fans will receive a commemorative magazine and #ThankYouSedins merchandise will be available for purchase. Meanwhile, lights outside the arena and around the city will shine blue and yellow in tribute to Vancouver’s favourite Swedish sons.

For fans attending the game, a “very limited number” of vouchers will be handed out on a first come, first served basis for fans to take selfies with injured players: Brock Boeser, Erik Gudbranson, and Sven Baertschi; as well as alumni: Kirk McLean and Jyrki Lumme. Selfies (autographs will not be permitted) will take place on the concourse from 5:30 to 6:15 pm.

Doors will be opening earlier than usual, at 5:30, and a new opening presentation – presumably to celebrate the Sedins – will begin at 6:45. This season’s player awards (Most Valuable Player, Best Defenceman, Most Exciting Player, and Unsung Hero) will take place throughout the evening.

The game will also feature likely the largest Canucks 50/50 jackpot of all-time, as unclaimed funds from this season will start the pot at $400,000.

If you’re looking for tickets to the game, you’ll have to pay a pretty penny for them, as prices have skyrocketed since the Sedins announced their plan to retire at the end of the season. The game is sold out, and at last check on ticket reseller Stub Hub, the lowest price was $255 CAD.