UPDATE: Zhou was located safe and sound early Saturday morning. The gentle giant has been reunited with his owners.

A Vancouver dog owner is desperate to get his 160-pound buddy back after he was stolen Thursday night.

Kristyn Christiansen’s older-model pickup truck was stolen in Chinatown around 6:20 p.m., and his dog Zhou was inside.

Zhou is a three-year-old St. Bernard, described as “very friendly and really awesome.” 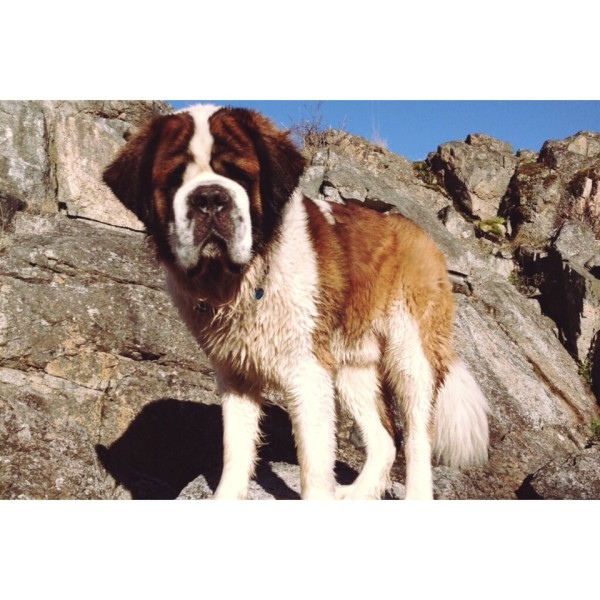 He admits leaving the keys in the ignition by mistake, but said he was just making a quick stop, and the truck was stolen within one minute of him stepping outside.

He said the truck was almost out of gas, and was later found abandoned later on Pine Street near West 14th Avenue around 11 p.m.

The stereo was stolen, along with some tools and electronics, and Zhou wasn’t inside the vehicle.

“I don’t know if the guy has the dog, or opened the back and let the dog out,” he told Vancity Buzz.

Anyone with information should call 778-999-8468 or call Vancouver police. 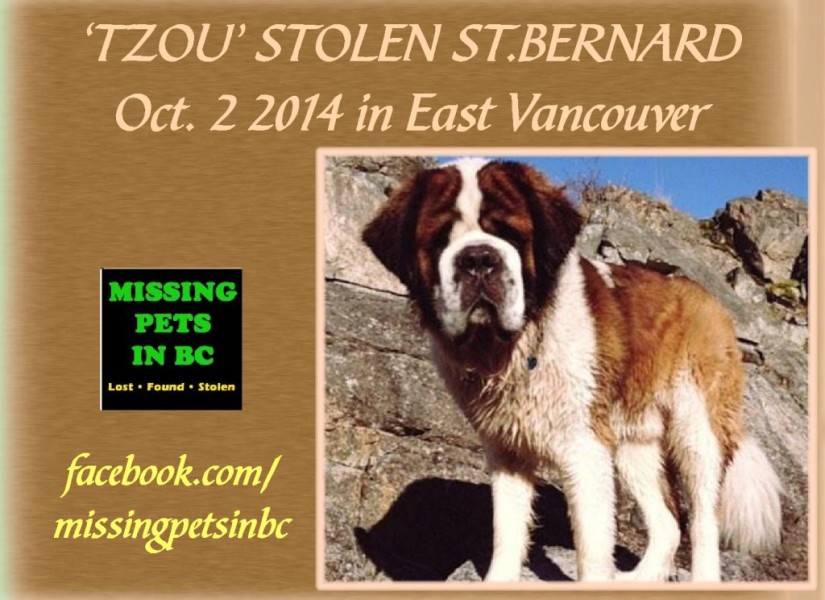