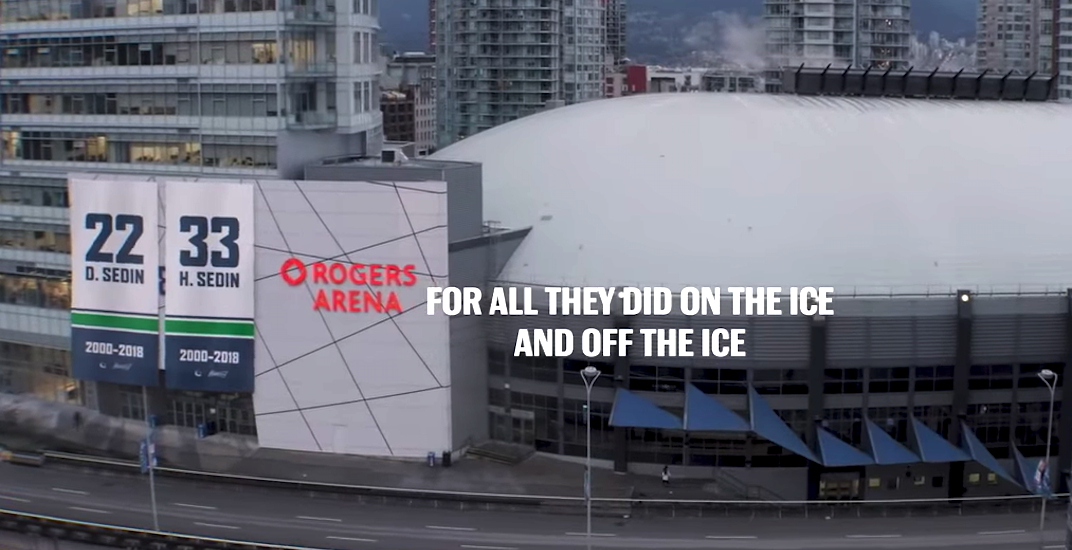 Canucks fans will be feeling extra nostalgic this week, as the team begins a week-long celebration of Henrik and Daniel Sedin.

It starts with “Legends Night” tonight and concludes with a Sunday afternoon “Legacy Game” to honour their off-ice contributions to the community.

But the highlight of the week will undoubtedly be on Wednesday, when the team raises #22 and #33 to the rafters, officially retiring the jerseys of the two most accomplished players in Canucks history.

To commemorate the occasion, Budweiser Canada has released a commercial to honour the Sedins, and it’s giving Canucks fans all the feels.

Stan Smyl, Jacob Markstrom, and Bo Horvat, among others, speak in the video, which will air during the jersey retirement ceremony on February 12. The video also touches on all of Henrik and Daniel’s contributions in the community, including countless interactions with sick children.

Check it out in full here:

Another thing to come from the video? Canucks fans want one of those banners!

Unfortunately, that’s not being offered by Budweiser, as it was more of a symbolic gesture. Instead, Budweiser is giving away a free can of beer to every fan (of legal drinking age) for Wednesday’s game. They’ve also released a special Sedin edition of their beer, which is available at BC Liquor Stores all month.