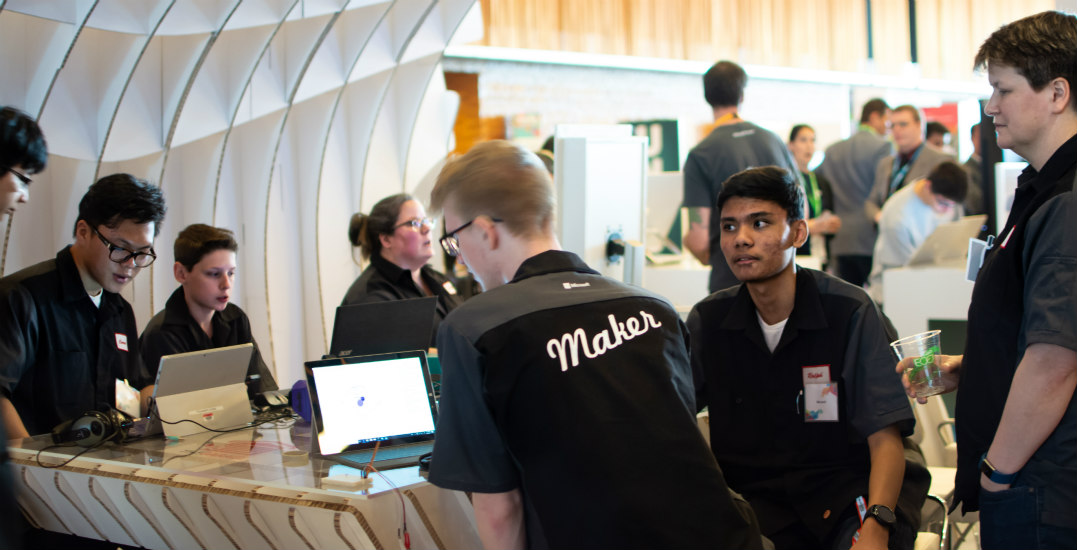 Today’s youth are exposed to technology every day, with interactive games, social media, mobile apps and more, shaping their world. So, when a group of enthusiastic teens wanted to be part of this growing industry, Microsoft Vancouver’s maker space, The Garage, was happy to help.

As part of Microsoft Vancouver’s sponsorship of the BC Tech Summit last week, The Garage program manager, Stacey Mulcahy, mentored two enthusiastic student teams from Centennial Secondary School and sat alongside them as they showcased their projects to the city’s tech insiders.

The school’s principal, Mr. Jon Bruneau, is an advocate for inquiry-based learning and these students are part of a programming/interactive media program at the school. The teams had been working on the project at The Garage as part of their class, and worked with both their teacher and The Garage to bring their two next-level ideas to life – physical controllers and VR on the web. 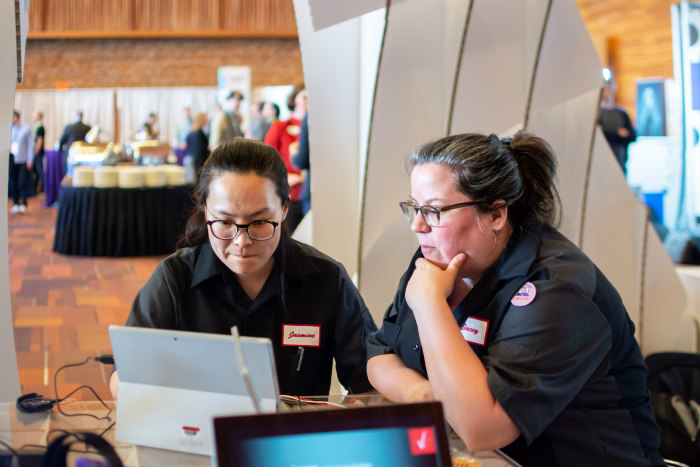 What did they build? Well, here’s the rundown.

The first team, let’s call them Team A, looked at creating 2D drawings using gyroscopic input from a wearable glove – and then expanding it for 3D sculpting. They hope to sculpt mesh-like clay and then 3D print the creation.

To do this, they used a circuit playground development board to capture accelerometer data as a way to control another application, such as a blender. They also explored physical controllers for everyday applications, and programming the device using Arduino IDE. The result? The ability to read serial data from the device in Python, which would allow it to work with external applications. Is your head spinning yet? Remember, they’re in high school…

“It is our future application in physiotherapy that excited me and made me decide on this project. I can see that technology has advanced so fast from the time I was born until now, and I am confident that this process will only accelerate,” noted Jasmine, one of the team. “Maybe our small steps in this computer programming class can lead to a big leap for tech workers in the future.” 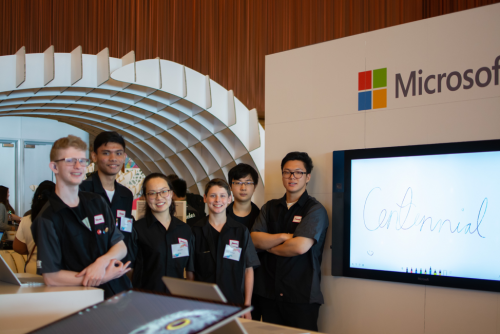 The second team, Team B by default, worked on a web-based arcade game playable on Rift or Vive. To help them get there, students explored VR on the Web using the popular JavaScript framework, A-Frame, and Glitch, an online community that allowed them to find web applications and then remix them or make their own.

“This opportunity has changed my negative attitude toward VR industry into a positive attitude,” says teammate Conrad. “Before I had this opportunity, I thought VR was a technology that would disappear in 10 years. After trying the HTC VIVE at the Microsoft Garage, I instantly changed my mind.”

VR on the Web takes care of all deployment or infrastructure, allowing the team to create faster than before and enabling them to see under the hood of an application. Junior developers in the making? We think so!

These talented secondary school students are two of four groups from The Garage who presented their tech creations at this year’s Summit.

You can find out more about the latest in digital innovation and how you can get involved with The Garage by visiting Microsoft Vancouver now.