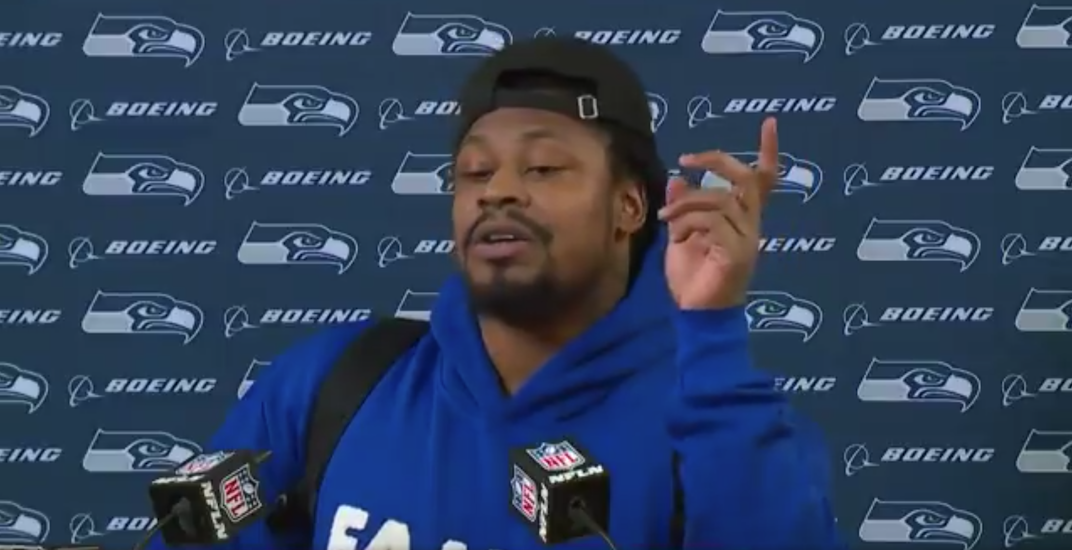 The Seattle Seahawks came up short on Sunday, failing to complete the playoff comeback at Lambeau Field, losing 28-23 to the Green Bay Packers.

Following the game, Seahawks running back Marshawn Lynch had some words of wisdom during his post-game press conference.

While the 33-year-old dodged the question about whether he plans to return to the field next season, he delivered a passionately insightful speech — though it had plenty of people confused.

“This is a vulnerable time for a lot of these young dudes. You feel me? They don’t be taking care of their chicken right, you feel me? So, if they was me, or if I had the opportunity to let these little young [players] know somethin’, I say take care of your money, African, ’cause that s**t don’t last forever.”

This part of his speech is pretty self-explanatory, minus the bit about the chicken, but we’ll get back to that. Lynch is telling folks to take care of their money because when it’s gone, it’s gone.

“Now, I done been on the other side of retirement, and it’s good when you get over there and can do whatever you want to.”

From this statement, Lynch is telling us that he’s been loving his retirement. We can’t blame him, the man has been partying it up, playing bartender, and watching the games from the comfort of his couch.

Here, he’s referring to money. Take care of your money so that when you’re out of the game, you don’t have to work or worry about funds.

Marshawn Lynch is reminding people to take care of their mental health, something that is extremely important for a figure of his power to say. He mentions that he’s lost friends and fellow players, which, from his speech, we can infer is because of suicide.

Lynch is reminding folks to take care of themselves and to remember that help is available for those battling mental illness. He wants the main takeaway of his speech to be that you know when it’s time to leave the sport. You need to take care of your brain, your body, your money — chicken is money — and when you’re feeling like it’s time, leave the game.

We don’t know for sure whether or not Beast Mode is feeling like he needs to rest his chicken, but we do know that he’ll always be one of Seattle’s greats.

For those still confused about the lingo used, here’s a tweet from Tothemaxiv that sums it up pretty well: