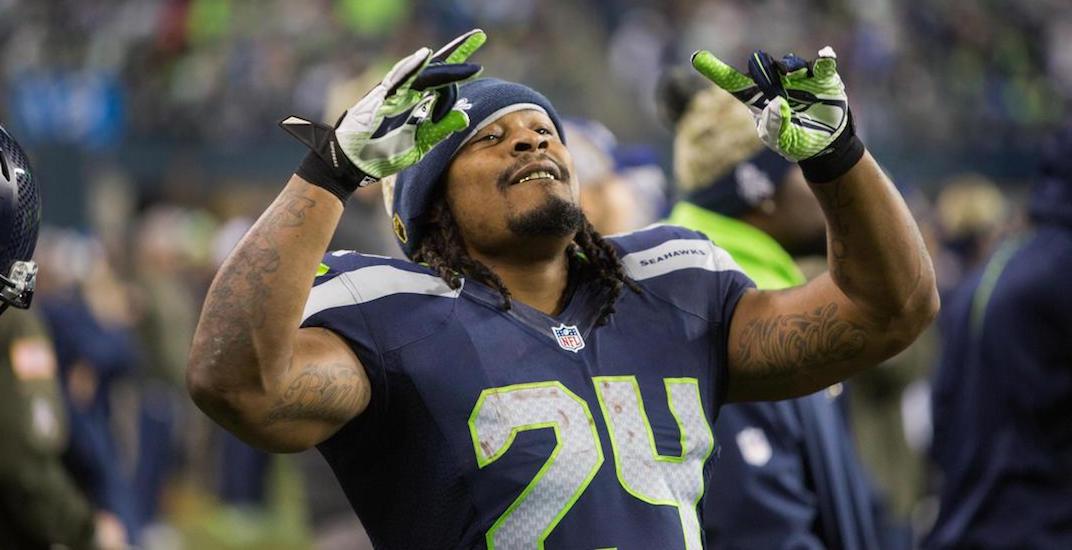 Skittles and Hennessey seem to be the winning combination for Seattle Seahawks legend Marshawn Lynch.

During an episode of Peyton’s Places, NFL superstar Peyton Manning asked Lynch if he has any pregame superstitions.

“I needed to have maybe a shot, a shot and a half before every game,” admitted Lynch.

“Of?” asked Manning, confused and wondering if he’d meant a shot of Gatorade before each game.

“Hennesey! What you mean, of?” replied Lynch.

When asked if the Seattle locker room had a bar, Lynch replied that the bar was in his backpack.

The hilarious exchange can be viewed below:

Marshawn’s pregame superstition involved a shot of what?! 😂