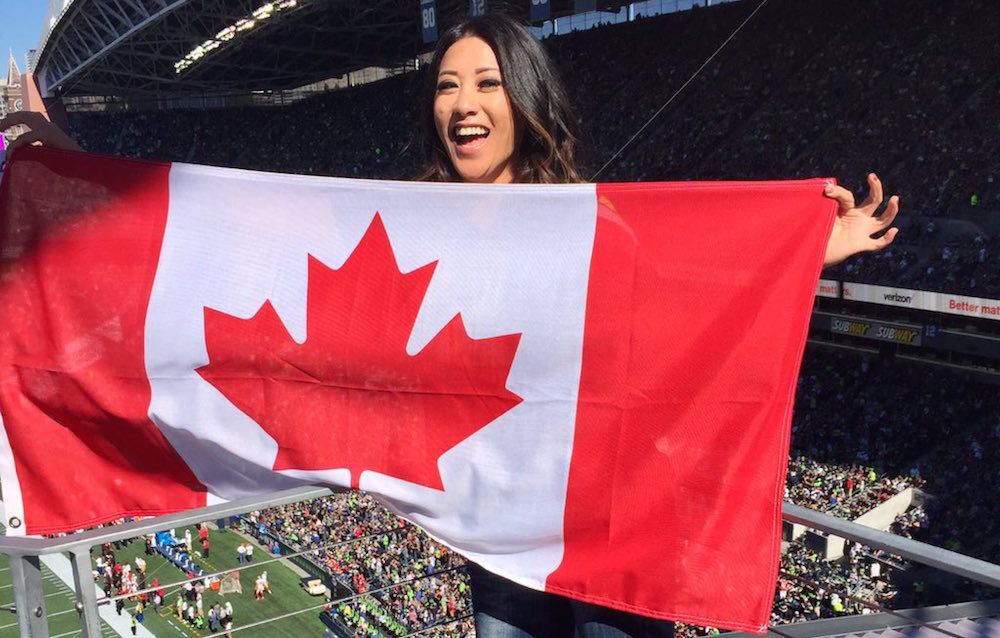 Canada Day is always on July 1 in our country, but in Seattle this year it was on September 25. Once again on Sunday, the Seahawks showed respect to their Canadian fanbase, which is numerous in British Columbia.

It has been estimated that 10% of fans at Centurylink Field for Seahawks games are from BC.

This is no fluke.

Seattle has made a concerted effort to capture fans from north of the border for some time. In 2004, they started a regional marketing office in Vancouver. During the offseason, the Seahawks regularly have player appearances in the Lower Mainland.

The Seahawks have a pair of Canadians on the team, including tight end Luke Willson and punter Jon Ryan. On “Canada Day” they also have a Canadian anthem singer.

“This was my third Seahawks appearance, three years in a row,” Marie told Daily Hive.

“The organization wanted to be as authentic as possible for their annual Canada Day, so they decided to find a Canadian singer.”

The Seahawks actually discovered Marie’s singing ability not from Whitecaps games, but from her Seahawks parody video from Arielle Tuliao and Daily Hive’s own Clay Imoo.

“They asked me to be a part of their celebrity flag football game during the tour, and since they had heard I sing anthems for the Whitecaps, they asked me to sing the anthems before the celebrity game. They liked what they heard, I guess!”

Marie’s anthem brought the Seahawks some good luck this week, as they defeated division rival San Francisco 49ers 37-18 to improve their record to 2-1 on the season.