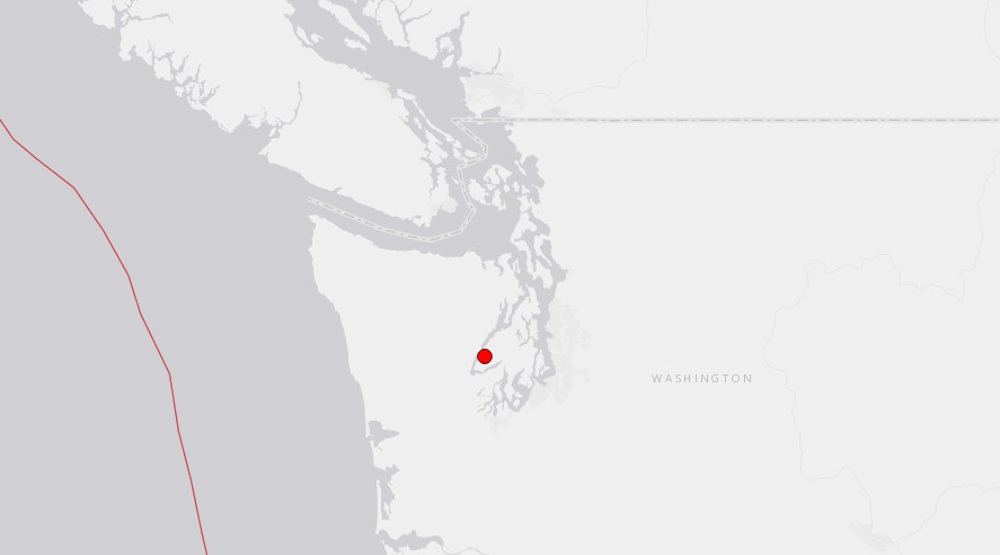 UPDATE: Another earthquake has hit the Pacific Northwest. A magnitude 4.8 seismic event was detected off the western coast of Vancouver Island just one hour after the tremor in the Seattle region.

Social media in Washington State is lighting up after a modest but extremely shallow earthquake struck the Seattle region late this evening.

The US Geological Survey says the tremor at 8:59 pm had an epicentre at a depth of only four kilometres in a mountainous area near Hood Canal on Kitsap Peninsula in Puget Sound. It was just 55 km southwest of downtown Seattle, with a magnitude of 4.2.

At this time, there are no reports of any damage, but it was widely felt across the most urbanized area of Washington State.

This is the second earthquake with a magnitude of 4.0 and over on the continental mainland in the Pacific Northwest in less than a week. On Saturday, an earthquake was detected on the BC mainland northwest of the Pemberton Valley.

Thousands of earthquakes hit the Pacific Northwest every year, but only a small fraction have a magnitude of 4.0 or over. Most of these tremors also occur in the ocean just off the coast.

An earthquake and snow at the same time in Seattle.

I guess it’s time. I’ll miss you all.

Was that an earthquake #Seattle?

We may have just had a small earthquake in or very close to Seattle.

Anyone in #seattle just feel an #earthquake?

whoa. did anyone else feel that? #earthquake #seattle

Did anyone in Seattle feel that? Seems like we just had a (small) earthquake over here in kitsal…

Ok so like the ground just shook and apparently we just had an earthquake?

Just felt an #earthquake at UW in Seattle.

Oddly enough we just had an earthquake in Washington, my dog wasn’t having it either. #resist #TrumpImpeachmentParty #trumptravesty https://t.co/fgfNuBbBAI

Literally just felt an earthquake for my first time. Washington is wild b