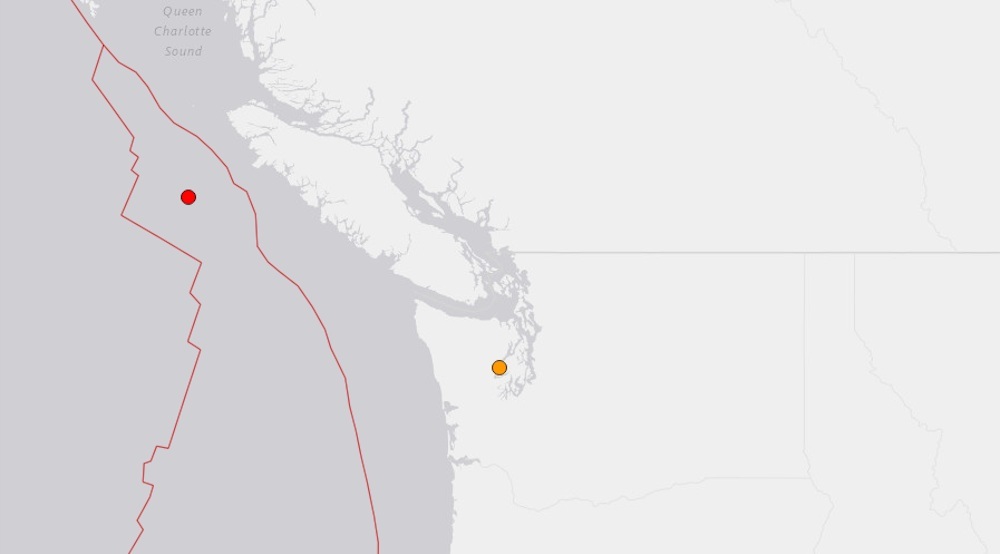 A magnitude 4.8 earthquake has just been detected off the west coast of Vancouver Island, making it the second earthquake to hit the Pacific Northwest this evening.

The US Geological Survey reports the seismic event at 10:04 pm had an epicentre 161 km southwest of Port Hardy and shallow depth of 10 km.

No damage can be expected given the location of the tremor.

The latest earthquake happened on the Explorer Plate in the Pacific Ocean in an area where earthquakes frequently occur.

Earlier this evening at 8:59 pm, an earthquake with a magnitude of 4.2 struck Puget Sound and had an epicentre just 55 km southwest of downtown Seattle. This first tremor, with an extremely shallow depth of just 4 km, was widely felt in the Seattle region but no damage has been reported.

Thousands of earthquakes hit BC every year, but only a small fraction have a magnitude of 4.0 or greater. This evening’s tremors were the eighth and ninth earthquakes this year to date with a magnitude of at least 4.0. The most powerful seismic event so far in 2017 was a magnitude 5.7 earthquake near the location of today’s ocean earthquake.