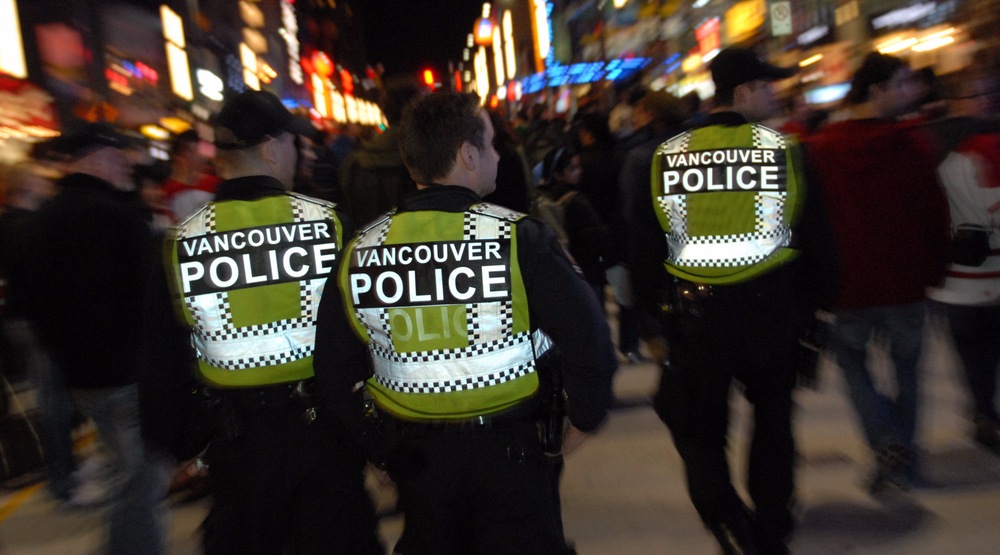 An off-duty Seattle police officer is being commended for stepping in to assist Vancouver Police officers, following an alleged assault earlier this month.

Just before 10 pm on March 11, police were called to the area of Robson and Cardero streets for reports of three men “hitting a person on the ground.”

The officers arrived and found a group of men standing over an intoxicated person. “Based in his condition, officers called for an ambulance to assess his well-being and detained him for being drunk in a public place,” the VPD said in a release.

It was then, police said, that the group of men – who claimed to be friends with the drunk man – allegedly became combative with the officers, as did the intoxicated man.

The officers found themselves fighting at least three attackers, when an off-duty Seattle police officer witnessed the altercation quickly came to the officers’ aid.

“The incident was brought under control with the help of the Seattle police officer, and the three men were arrested,” the VPD said.

Chitsanuphong Chaithanayot, a 21-year-old, was charged with assaulting a police officer and has since been released from custody.

The other two men were released without charge.

“I would like to publicly thank the Seattle police officer for his actions,” said VPD Chief Const. Adam Palmer. “Regardless of which side of the border you work on, it’s great to know our officers are there for each other when you need them.”