It’s been a long offseason for fans of the Seattle Seahawks. With video of New England Patriots’ cornerback Malcolm Butler goal line interception of Russell Wilson played repeatedly throughout the summer, it was hard for Hawks fans to move on from the nightmare that occurred on the field at Super Bowl 49. However, the Seahawks have moved on in various ways and their new look team is ready to find their way into the Super Bowl for the third consecutive year. 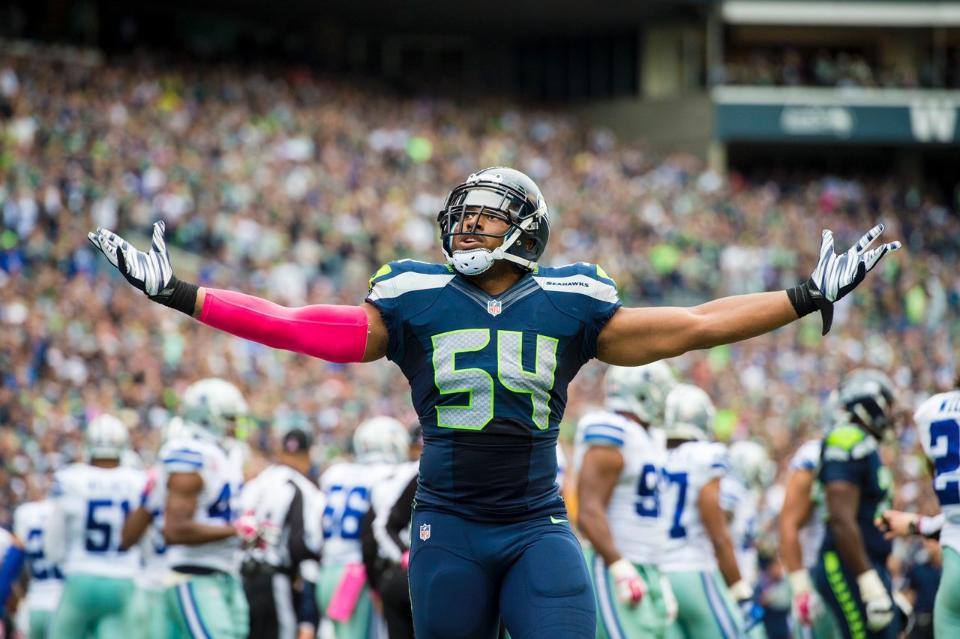 This will be the best offence that Russell Wilson has had to work with thus far in his career. At his disposal, Wilson has a vastly improved receiving corps.

The biggest addition this offseason was All-Pro tight end Jimmy Graham, who has been terrorizing defences for the past few seasons in New Orleans. Graham’s unique size and speed combination makes him a nightmare for the opposition.

Over the past two seasons, Graham has 26 touchdowns, with 20 coming in the red zone, an area where Hawks receivers have struggled. This should provide Wilson with the star receiver that he hasn’t really had since taking over as Seahawks quarterback.

In addition to Graham, Seattle is buzzing over its draft choice, wide receiver and special teams star Tyler Lockett. The third round pick out of Kansas State should add a boost on special teams, and provide burst in the slot receiver position. In his senior year, Lockett led the Big 12 Conference in receiving and punt return yards. Lockett already has a kick return touchdown in the preseason, as well as a punt return touchdown, and should add a whole new dynamic to the Hawks’ offence.

Wide receiver Chris Matthews’ heroics at the Super Bowl served as a coming out party for the 2012 CFL Most Outstanding Rookie award winner. Taking advantage of his first catches in the NFL, Matthews showed the Seahawks that he might be the big time player that they need.

At 6’5”, 218 pounds, Matthews gives the Hawks a big-bodied playmaker who can stretch the field. However this offseason, his consistency has been questioned by offensive coordinator Darrell Bevell. It remains to be seen where he ends up in the depth chart come week one.

Running back Marshawn Lynch will continue to pummel defenders for the ninth consecutive season, with Robert Turbin and Fred Jackson serving as the backups. The Seahawks signed Jackson from Buffalo and made him their second running back with Turbin dealing with a high ankle sprain. Jackson is an excellent pass catcher and hard runner, with breakout ability. He should provide a young Seahawks team with stability on offence, as well as a veteran presence in the locker room.

Receivers Doug Baldwin and Jermaine Kearse, who both put up decent numbers in 2014, will start the season as the team’s starting receivers. Ricardo Lockette will more than likely battle with Chris Matthews for the other receiving position. It will be interesting to see how the return of highly regarded second year receiver Paul Richardson affects the depth chart, once he returns from the injury that cut his his 2014 season short.

On the defensive side, safety Kam Chancellor is currently holding out due to a dispute over his contract. Chancellor, one of the Seahawks’ team leaders, is entering the third year of his contract, and wants more than the $4.55 million that he is slated to make this upcoming season. With all the money that the Seahawks have handed their big players, it’s understandable that a player of the significance of Chancellor wants a raise; however, with all of the money allotted to their star players, this situation appears to be far from resolved.

Seattle signed cornerback Cary Williams. Williams is a long and rangy corner, who may fit in well with the rest of the Legion of Boom. He is expected to play opposite of Richard Sherman. The Hawks also waited until the fifth round to draft cornerback, Tye Smith, who is also expected to play.

Jeremy Lane, whose gruesome injury in Super Bowl 49 we will never forget, will obviously be out for the beginning of the season. To replace him as the third corner, Seattle signed veteran Will Blackmon. 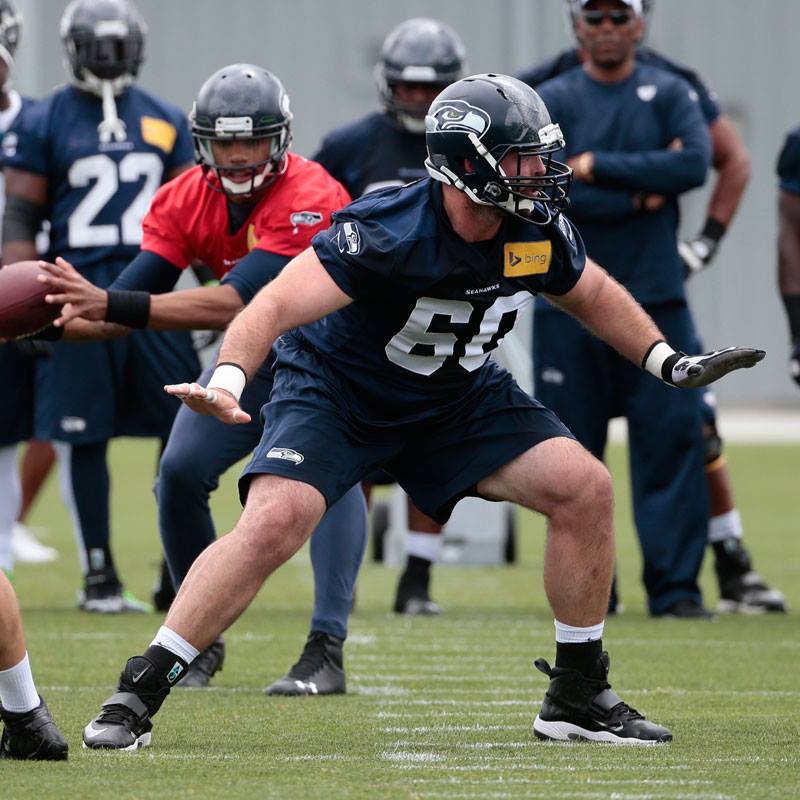 The Seahawks paid a big price for Jimmy Graham, giving up veteran centre Max Unger, leaving a glaring gap open down the middle. In addition, the Hawks gave up a first round pick.

As a result of the Fred Jackson signing, running back Christine Michael became expendable. Michael was slated to be the heir apparent to Marshawn Lynch.

Another big loss for the Seahawks was the departure of cornerback Byron Maxwell. Maxwell did an excellent job as the Seahawks’ second corner, playing opposite of Richard Sherman. He will look to make his mark in Philadelphia.

Another significant loss was that of defensive coordinator Dan Quinn, who left for a head coaching job in Atlanta. It will be interesting to see how Seattle’s defence adapts without Quinn. 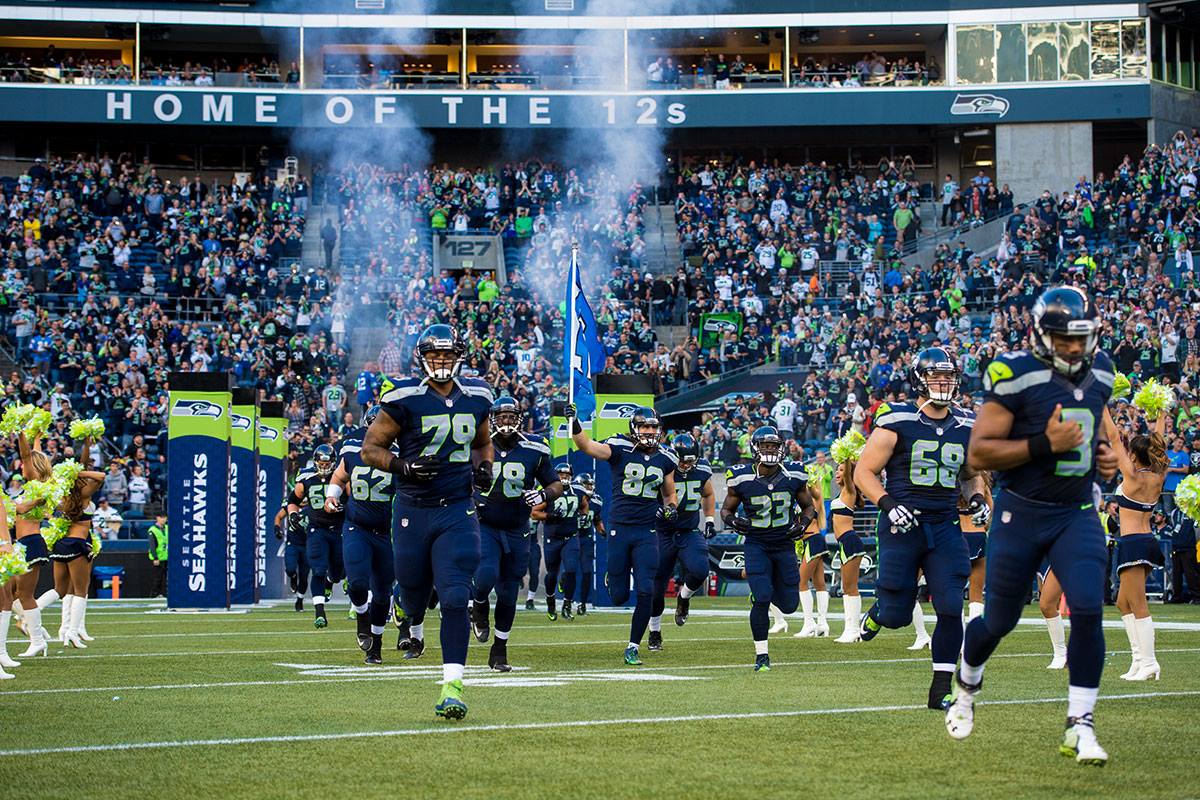 It will be intriguing to see how the Kam Chancellor situation is handled, and how long he will hold out for. As the secondary will look markedly different this season, it remains to see how the Legion of Boom will hold up. Regardless of the issues, the Hawks will adjust and make a deep run.

The Hawks’ offence has never looked better, as Russell Wilson has extraordinary weapons at his disposal. The addition of Jimmy Graham will improve the Seahawks in an area that they definitely needed reinforcement. Fans should look forward to seeing how these weapons are used.

Barring some questions regarding the centre position, as well as the secondary, the Seahawks are poised to go deep in the playoffs again this season.