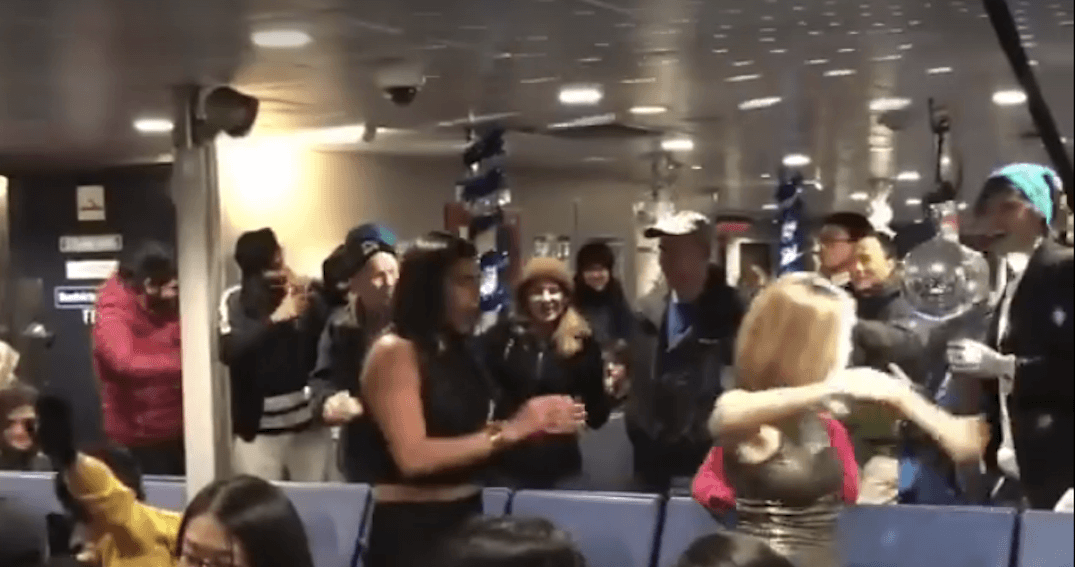 While Vancouverites are familiar with the annual New Year’s Eve SkyTrain Dance Party, turns out there was also a little pre-party on another mode of TransLink transportation that night.

Before revellers packed the SkyTrain, riding it for free from Waterfront to YVR and back on NYE, some heading down from North Vancouver were on the SeaBus.

And since they were ready to jam on public transit, it seems they started there.

A video shared by Aslam Nathoo on Facebook has been seen over 120,000 times – and for good reason. Captioning it “Soul Train on the Seabus,” this shows the spirit of Vancouverites at its best.

Shout out to whoever was carrying the disco ball.

Now if only SeaBus rides were this alive every morning…