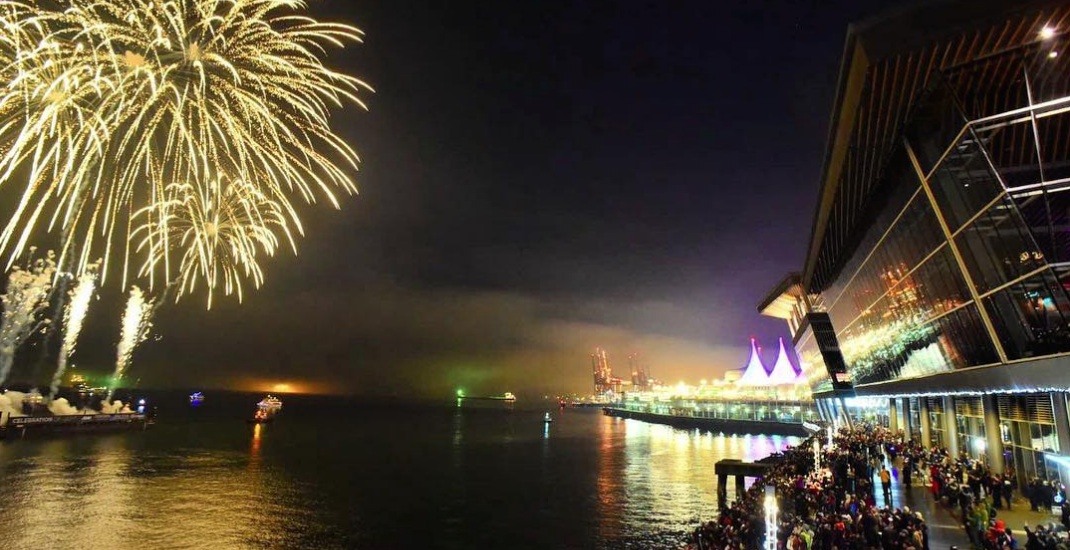 The skies over Coal Harbour in downtown Vancouver were set ablaze for the rhythms of the night at Concord’s New Year’s Eve.

Fireworks erupted twice throughout the evening, with a five-minute show at 9 pm for the Family Fireworks followed by an even more spectacular and intense Midnight Countdown Fireworks at 12 am.

Over 7,000 fireworks reaching a height of up to 700 feet were launched during the combined 17-minute duration of the fireworks shows.

Not only did NYE’s fireworks receive an upgrade this year, so did the soundtrack.

The Family Fireworks were synchronized to a ‘Feeling Good’ themed mashup mix soundtrack created specifically for the show by DJ Flipout while the Midnight Countdown Fireworks followed an epic soundtrack prepared by Producer Dan with 102.7 The PEAK.

Here are the fireworks song lists for both shows, in the order in which they were played:

“Don’t Stop ‘Til You Get Enough” by Michael Jackson

“At The Hundredth Meridian” by The Tragically Hip

“When Can I See You Again?” by Owl City

“Heroes (we could be)” by Alesso Feat. Tove Lo

“I Want You Back” by Jackson 5 (Flipout Intro Edit)

“Walking On Sunshine” by Katrina & The Waves

“I Feel Good” by James Brown

“Feel It Still” by Portugal The Man

“Shake It Off” by Taylor Swift