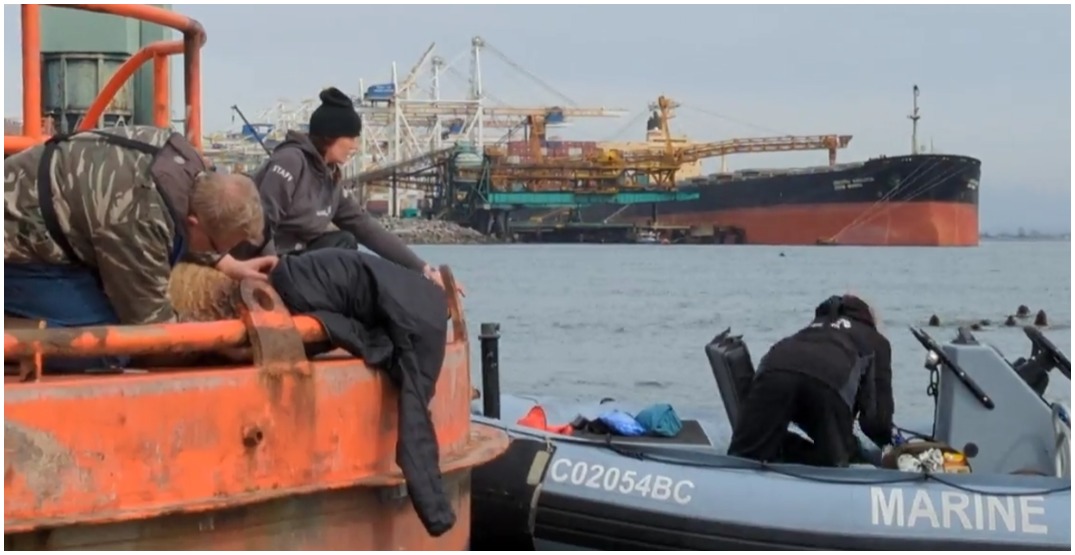 Editor’s note: The video contained in this story may be disturbing to some.

A team from the Vancouver Aquarium’s Marine Mammal Rescue Centre was called to the Westshore Terminal at Delta Port this week to help a suffering Stellar sea lion.

On Thursday morning, “the Vancouver Aquarium Marine Mammal Rescue Centre worked with the Department of Fisheries and Oceans (DFO) to assist with an entangled adult female Steller sea lion. This sea lion was found on a buoy at Westshore Terminal at Delta Port and was seriously entangled with a plastic packing strap around her neck,” reads a release.

“The team had to make several incisions to remove the deeply embedded strap. It was evident that she would have been suffering for months and likely would have died had the team not intervened.”

The team cleaned the wound and treated her with antibiotics.

An email from the Vancouver Aquarium says the sea lion recovered well, and drone footage from the Department of Fisheries and Oceans captured her swimming away in the water.