The TELUS World of Science is displaying the capsule used by Felix Baumgartner, the supersonic daredevil whose dive from more than 38,000 metres broke the world record for vertical free fall.

Austrian skydiver Felix Baumgartner ascended to the astonishing height in the capsule supported by a stratospheric balloon before diving from it armed only with a spacesuit and 10 minute’s worth of oxygen. In the process, Baumgartner accelerated to speeds of 1,357.64 kilometres per hour in just 50 seconds and became the first person to break the sound barrier without the aid of a vehicle.

More than eight million people watched the death-defying jump live on YouTube in 2012.

Once he hit those daring supersonic speeds, he deployed his parachute and landed safely on the ground.

Now Science World is displaying both the 1,450 kilogram capsule and Baumgartner’s spacesuit in the final stop of the inaugural tour of the Red Bull Stratos Exhibit. 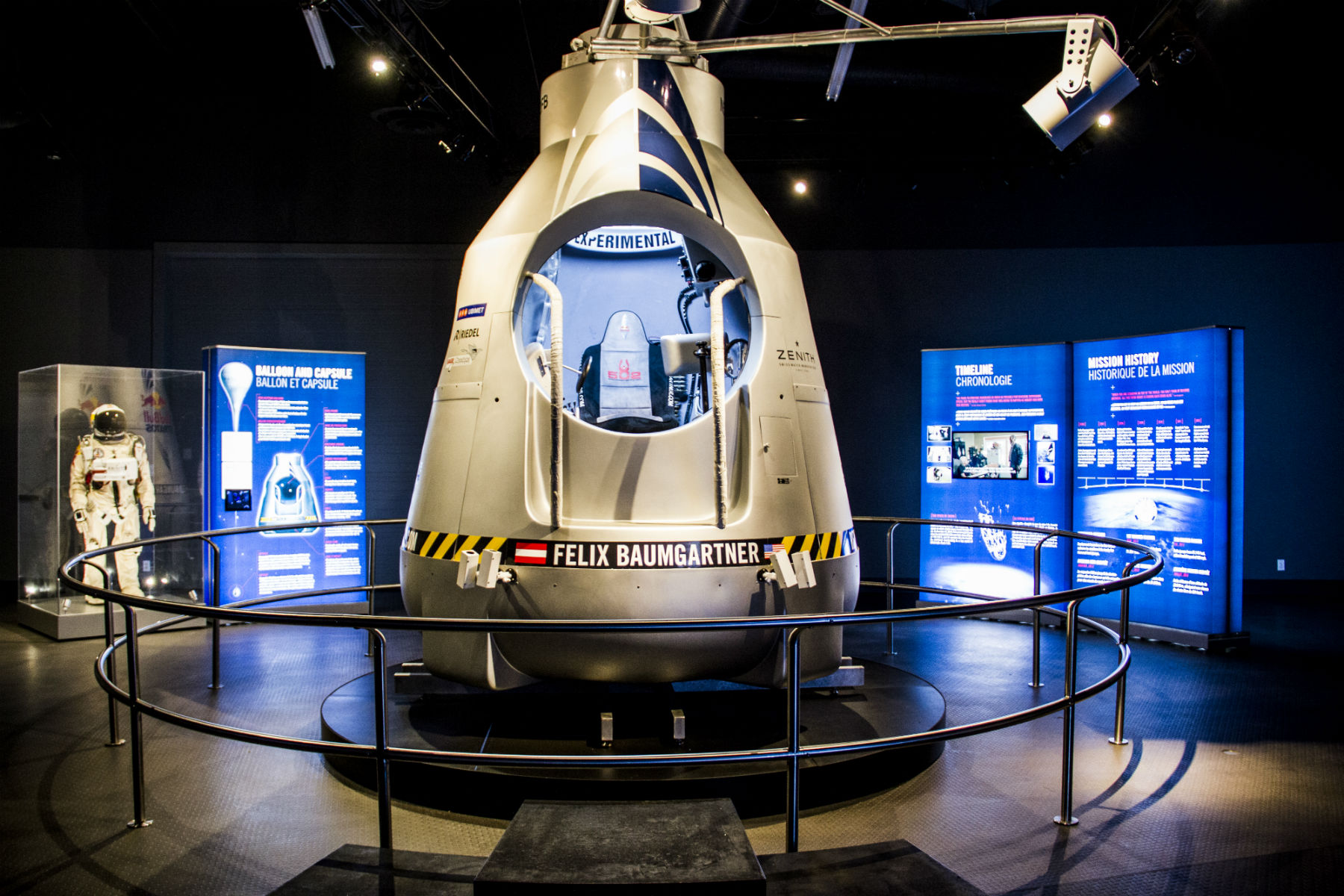 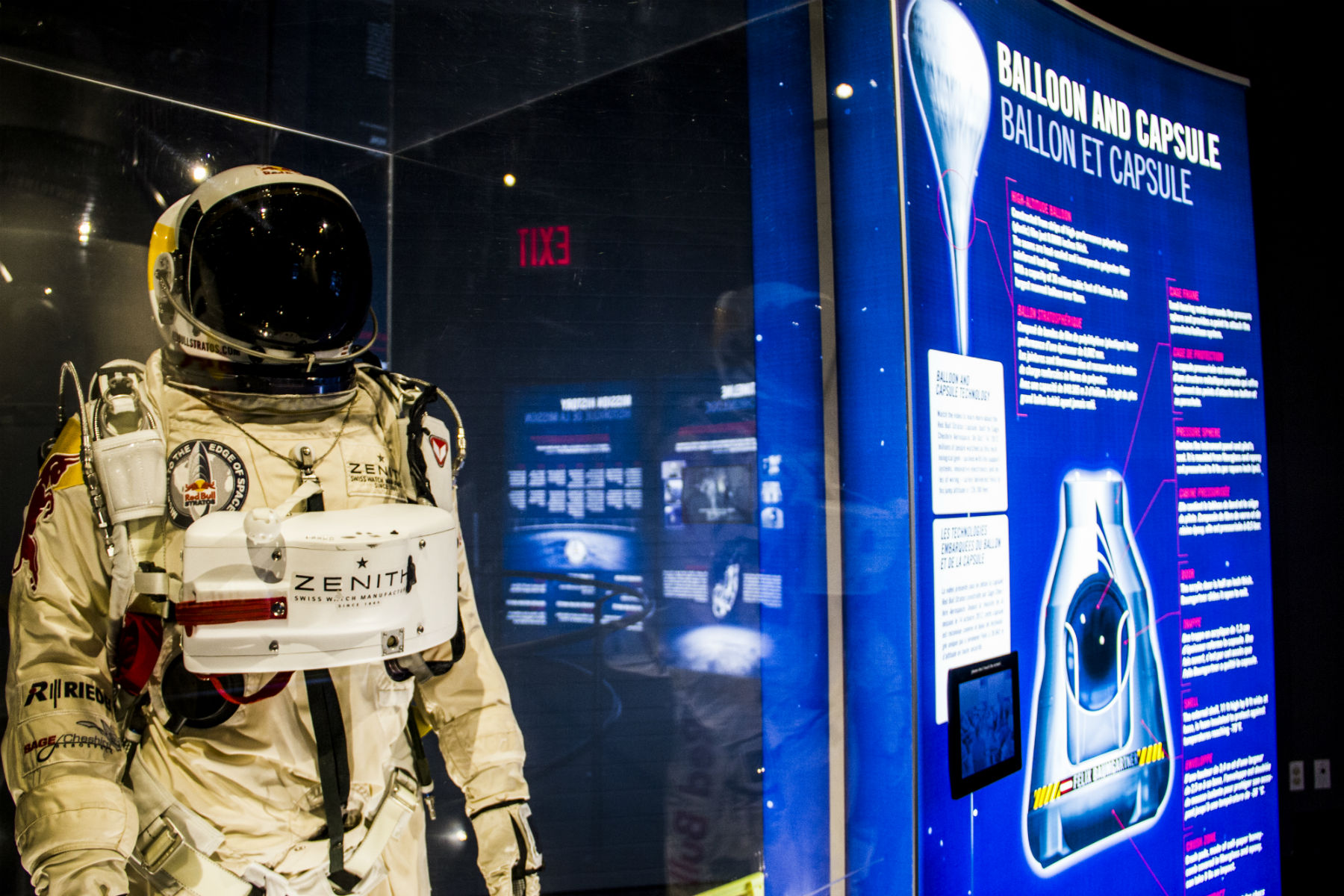 “The Red Bull Stratos experience aligns with Science World’s mission of inspiring youth to consider careers in science and technology,” said Bryan Tisdall, President and CEO of Science World in a statement.

“This exhibit is a not only a great example of science in action, but also shows how science can be fun and can impact advances in technology.”

The display launched on Friday, January 23, and goes until Tuesday, April 26.