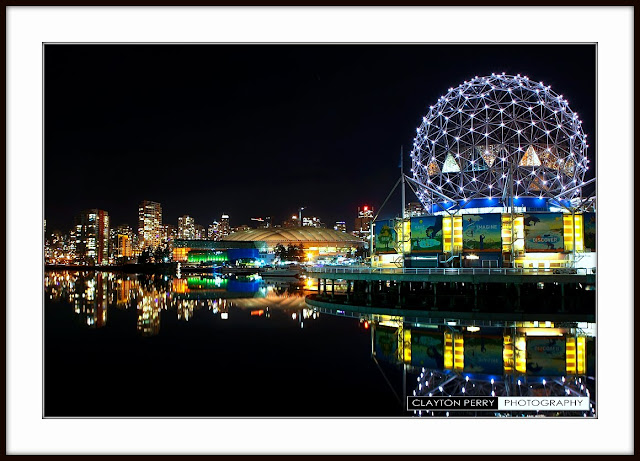 A few months ago I noticed that the lights at Science weren’t on, so I decided to investigate.I went in and had a brief chat with an employee to see what was going on. He stated that they were simply switching light technologies and installing lights that can do more, a lot more.
Yesterday, I noticed the lights were back on and I must concur they look way more crisp and vibrant than the dull yellow they were before. I also hear that the new lighting is capable of changing colors and there is also seems to be some sort of secondary flash type lighting as well. I was going to go check them out last night up close, but was told by a friend that Science World is probably off limits now due to the Olympics. So I decided sit back and play some video games instead.

If you know anything, just put it in the comments section.