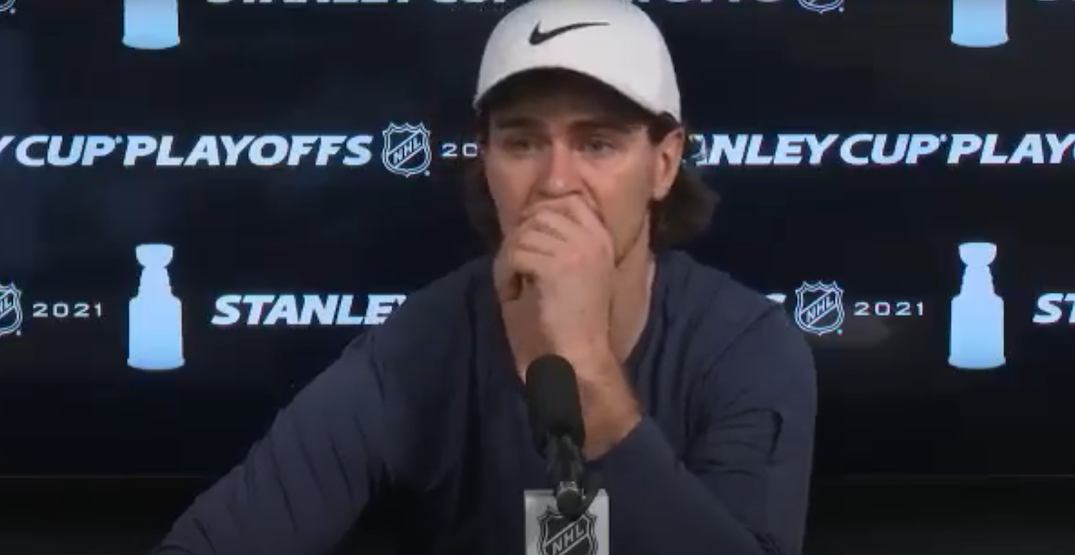 Mark Scheifele was surprised by the length of his four-game suspension, but the Winnipeg Jets forward accepts it and the criticism that has come his way after he injured Montreal Canadiens forward Jake Evans.

What he doesn’t agree with is how his family has been treated since his controversial hit.

Scheifele spoke at length about the hit he delivered late in Game 1 but began choking up when explaining the hate his parents and other family members have received on the internet and even through phone calls.

“I can accept the punishment; I can accept the accountability. That’s what you sign up for being in the NHL,” Scheifele told the media from Winnipeg this morning. “But the hate that my family has gotten, the bullying that they’ve gotten, is completely unacceptable. Online, phone calls, it’s pretty gross to see. My parents are the salt of the earth, and for my parents to get hate like that, and my brother and sister, it’s awful… for my family to get that, it hurts me a lot.”

In a high-stakes game like a second-round playoff matchup between two Canadian teams, unfortunately, keyboard warriors are to be expected after a controversial hit. It usually involves a player’s Instagram account getting dragged through the mud, with a small but vocal group of fans saying some pretty despicable things.

However, going after a player’s family is taking it to another even more unacceptable level.

“To put my parents, my brother and sister, my loved ones through that is completely unacceptable and, in a society where you know you can hide behind your keyboard, that is the problem.

Scheifele contends that he was trying to make a defensive play prior to the hit that left Evans concussed, needing a stretcher to leave the ice. That’s a claim the NHL Department of Player Safety disagreed with in explaining the four-game suspension on Thursday.

“I think it was pretty excessive. I wasn’t expecting that; I was pretty shocked,” Scheifele said.

While Scheifele disagreed with the suspension, he did show remorse for the result, beginning his media availability acknowledging the most important part of this story: Evans’ health.

“I think the number one thing is Evans’ health. I reached out to a couple of their guys, and he’s doing well. He didn’t have to go to the hospital, which is good news… I pray for [a] quick and speedy recovery for him.”