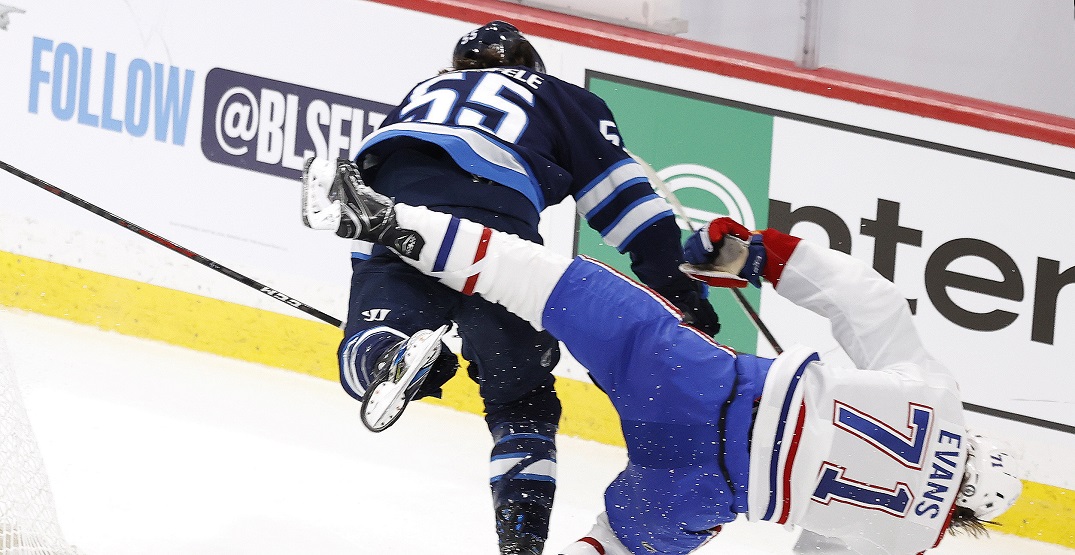 With Evans looking to score an empty-net goal to make the game 5-3 in favour of Montreal, Scheifele charged the length of the ice to hit Evans up high and appeared to knock him unconscious.

Amazingly, there is a chance that Scheifele may still return to play in the series if the NHL chooses against banning him, and Canadiens defenceman Joel Edmundson is preparing for such a possibility.

“If he gets back in the series, we’re going to make his life miserable,” Edmundson said on Wednesday night. “But I think the league’s going to do a good job with that.”

Habs centre Jesperi Kotkaniemi wasn’t shy about his words either.

“It’s disgusting,” he said. “Players should have a little respect for the other players out there. I’m not saying anything more than that.”

Scheifele was assessed a charging penalty and tossed from the game. Supplemental discipline from the NHL Department of Player Safety is expected, but no one: fans, players, coaching staffs, and media are sure what to expect from an organization with a notorious inconsistency.

Winnipeg’s Mark Scheifele will have a hearing today for Charging Montreal’s Jake Evans.

It was the kind of hit you might expect to see in a Bantam AA game but never like to see at any level of hockey.

Canadiens coach Dominique Ducharme felt like the hit was intentional, even if you had to read between the lines a little.

“You never want to see a player on the ice like that,” he said. “We experienced that in Toronto with John Tavares. That was an accident. Both teams were hoping that he was doing well. I didn’t get that same feeling from the other side tonight.”

More updates on Scheifele’s status for the remainder of the playoffs are expected later today.