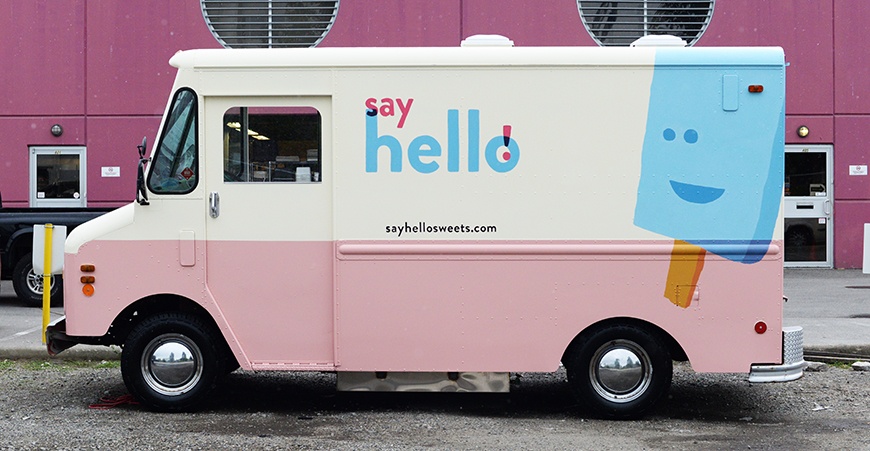 It has been a long road, but Say Hello Sweets is finally up and driving. Owned and operated by Naomi Arnaut, the pastel-coloured food truck (almost good enough to lick) offers small-batch ice cream and coffee.

Those who hunt down the roaming food truck can expect to find luxury (shockingly creamy) non-dairy ice cream, handcrafted with whole food ingredients.

Available by the scoop (in a cup or a cone), as part of a float, or sandwiched between freshly baked cookies from The Small Flower Cafe and Bakery, Say Hello’s ice cream comes in an array of enticing flavours.

Gluten-free cones and affogatos are also up for grabs and take-home pints will soon be available from Small Flower in Gastown and Fluffy Kittens in Chinatown, once it opens later this summer.

Although Arnaut holds a roaming vending permit she has booked several festivals for the summer, therefore the best way to find the Say Hello truck is via Twitter and Instagram. 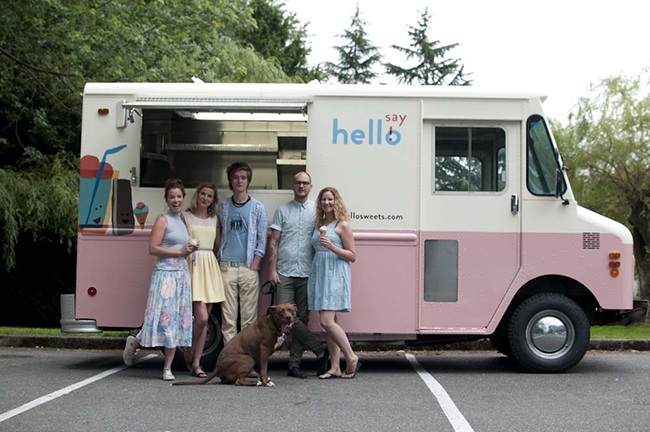 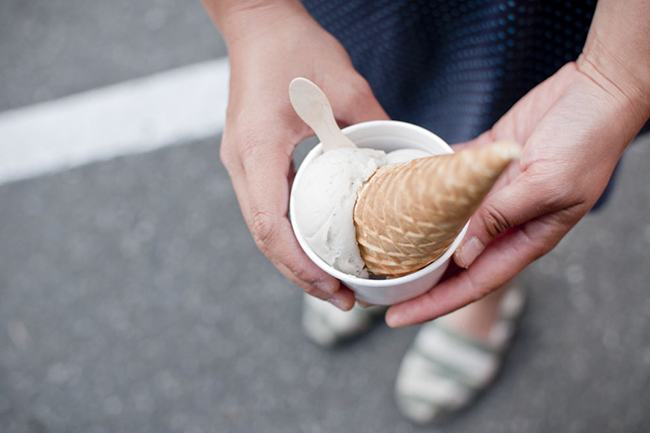 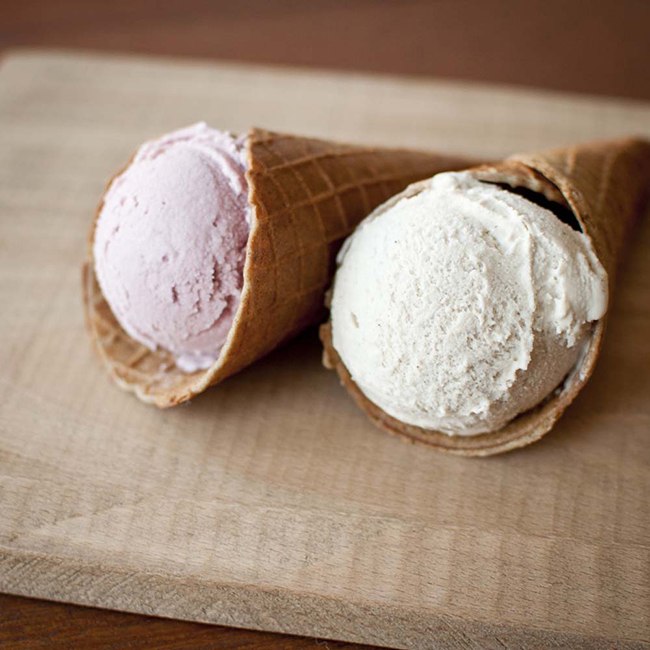 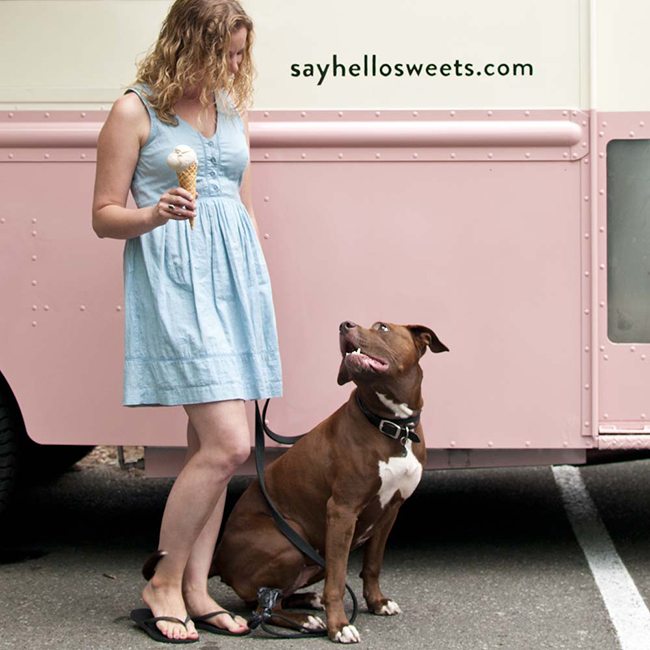