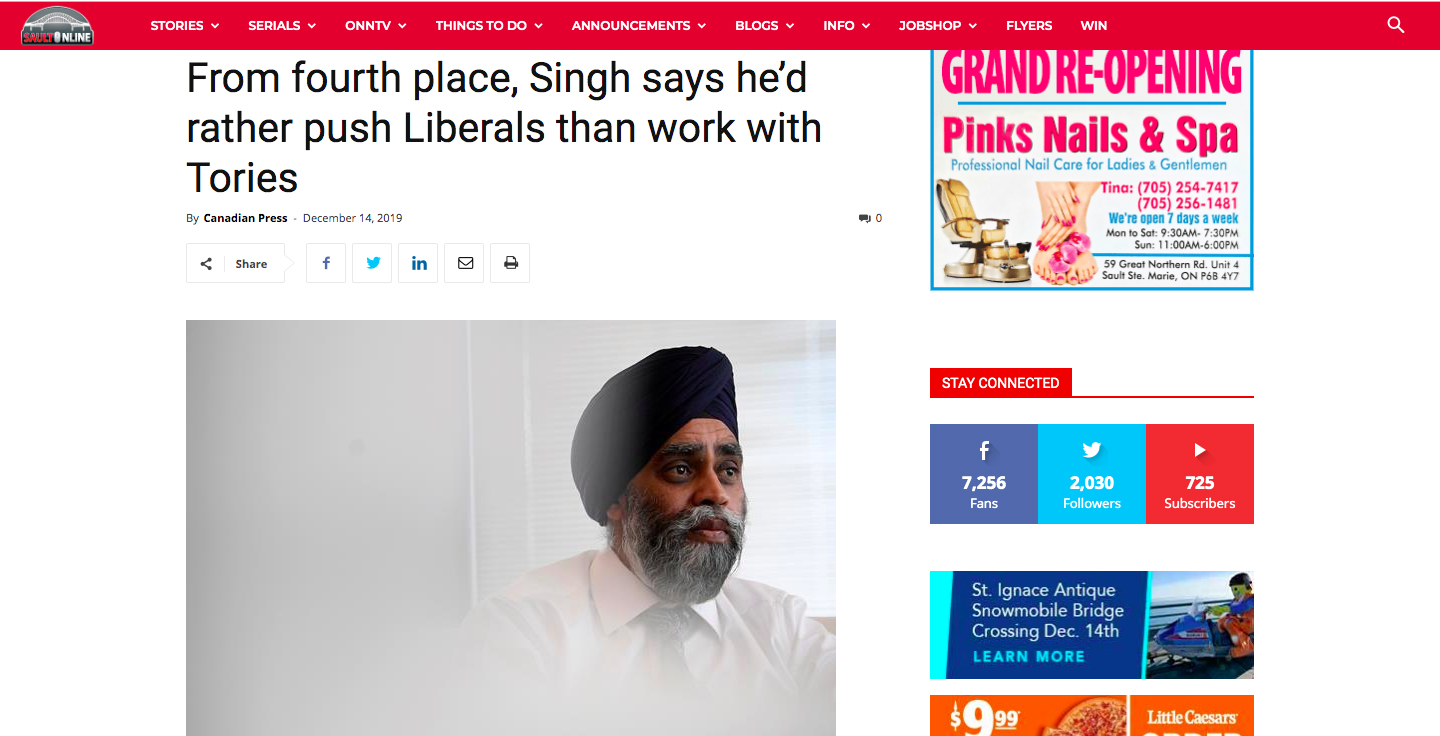 A news outlet in a small Ontario city used the wrong photo to accompany an article about federal NDP leader Jagmeet Singh, and criticism online was swift.

The Canadian Press article published on SaultOnline December 14 uses an image of another Sikh politician instead of Singh. In the photo is Harjit Sajjan, Canada’s Minister of National Defence.

SaultOnline issued an apology later in the day Saturday, saying they sincerely regret the error. The publication serves Sault Ste. Marie, a city of about 73,000 people in northern Ontario. It describes its mission on its website as as highlighting feel-good news from the community and providing exposure for local talent.

Many on Twitter criticized it for apparently mixing up the two men.

I was so confused why there’s a picture of @HarjitSajjan then I realize our #cdnmedia is too white to a point they think all brown people look the same. #WhiteSupremacy #cdnpoli

That’s not Jagmeet Singh, but hey, we all look the same, right?

@theJagmeetSingh no offence, but Ottawa has seriously change you. Like … physically. #cdnpoli

Singh himself called attention to the mixup on Twitter.

(Hint: It’s true I’ve repeatedly said I won’t work with conservatives because they continually push
cutting taxes for the wealthiest and cuting services, like healthcare and education, for everyone else) https://t.co/La4jaVkFVK