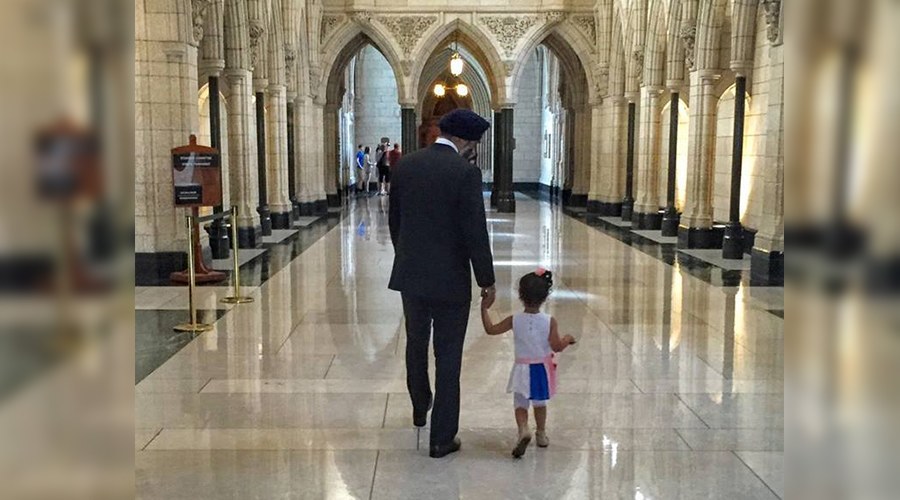 One young fan of Canadian politics was treated to a special surprise – a tour of parliament with Defence Minister Harjit Sajjan.

You might remember Sophia from a video that shows her having a complete meltdown over missing out on meeting Sajjan on Canada Day. Well, Sajjan saw the video and invited her to come meet him in Ottawa with her parents.

That meeting finally happened on Thursday. 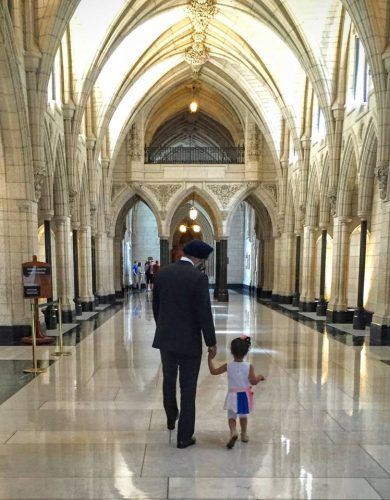 “I met my new friend Sophia today. When she grows up, she wants to be Prime Minister. I bet she will,” reads the caption on the photo.

Way to steal our hearts all over again, Harjit.

Watch the video of Sophia’s tantrum and the video from our defence minister that followed below.