Last weekend Vancity Buzz was down at the Gorge Amphitheatre in eastern Washington for the 10th annual Sasquatch Music Festival. Perched on the edge of the Columbia River Gorge, the site of the four-day outdoor music festival provides an ever-changing picturesque backdrop for the main stage. Between its gorgeous setting and jam-packed lineup, Sasquatch has become a must-hit summer festival that draws upwards of 25,000 fans to enjoy a wide variety of musicians and comedians permorming on its five stages including Jack White, Pretty Lights, The Roots, Metric and Childish Gambino. Mixing indie music, budding Seattle hip-hop, and the Kokanee Beer sponsorship, Sasquatch exudes a theme that is proudly Northwestern. 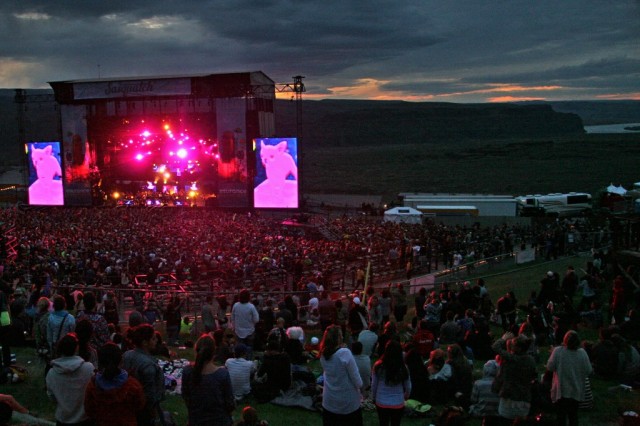 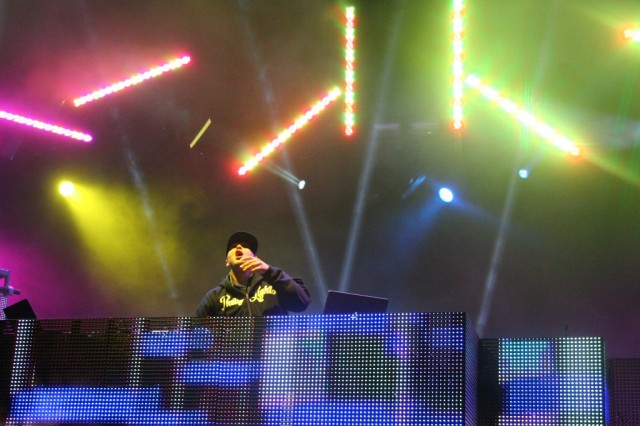 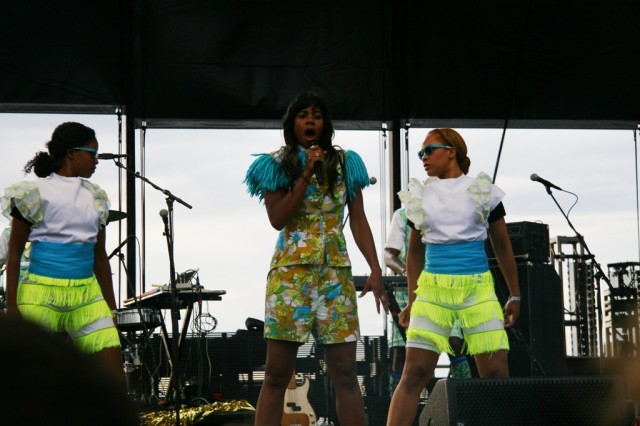 Santigold rocked the main stage on opening day with a team of dancers decked out in neon and gold streamers.

Girl Talk performed shortly after Santigold on the main stage, but not before his friend, local rapper, Macklemore warmed up the stage for him. Girl talk got the crowd jumping with his signature 10 second samples mashed up into danceable delight. Before long toilet paper was flying through the air and there were fans on stage dancing right in the midst of the musical mayhem.

Pretty Lights wrapped up the night with an almost 2 hour long electronic dance music performance on the main stage. The floor was packed and everyone was getting down and dirty to the grungiest dubstep set I have heard. He even threw in his remix of Kanye West’s Stronger to please the non-dubheads. Needless to say everybody loved it when he performed his 2006 hit “Finally Moving” that samples Etta James’ “I Get a Good Feeling” that has since been sampled time and time again. As the bass dropped time and time again the crowd would leap into the air and toss hundreds of glow sticks into the sky in a magical synchronicity with the beat of the music. 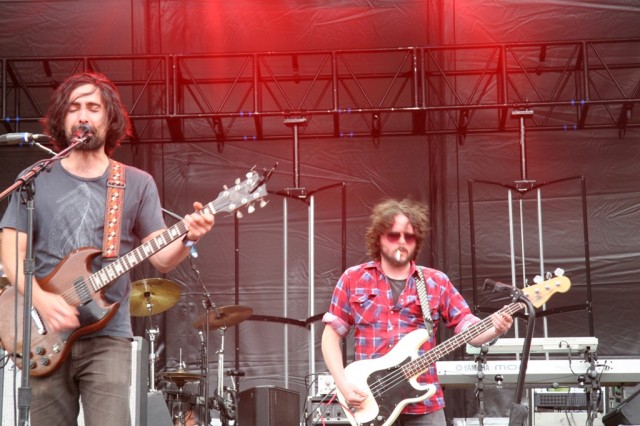 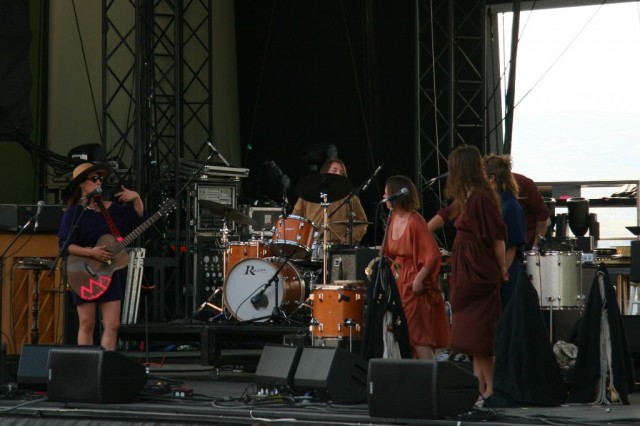 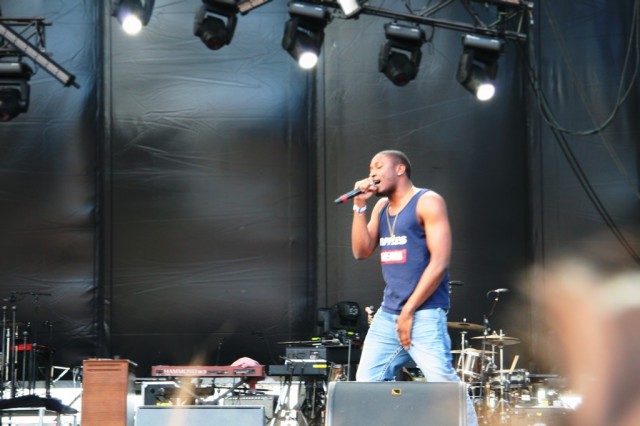 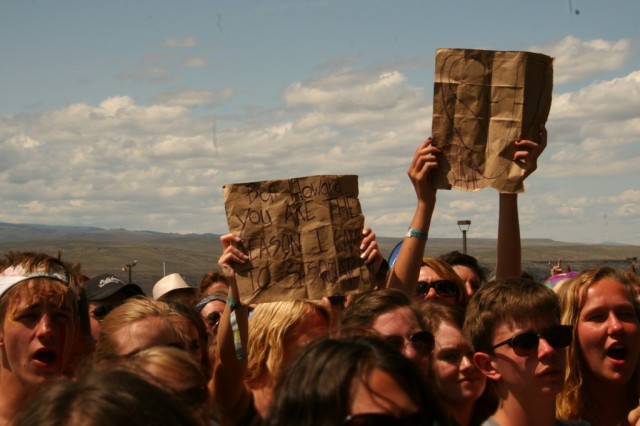 Blitzen Trapper started the day off at the main stage with their alt.-rock country crowd pleasers.

Alabama Shakes was next up on the Bigfoot stage. This band is making quite the name for itself, as it is currently on tour opening for sold out Jack White shows across the United States. They bring to the stage a soulful southern rock unlike anything I have ever heard before.

Following Seattle rapper, Grynch’s show on the MAINE! stage, his buddy Sol, who is blowing up in the world of west coast hip-hop played what might be the most intimate show he will ever play again as he sails into stardom. From the closing of Grynch’s set, fans were packed tight to the un-barricaded stage in anticipation. When Sol came out everybody went nuts and before long nobody in the front row was farther than arm’s reach of this lyrical genius. Sol brought out Grynch to perform their song “All I Wanna Do” before extra security had to be called in to calm down the crowd.

Childish Gambino brought his heavy hitting, smart hip-hop to the main stage and a jam-packed dance pit. Before his 45 minute set about penis jokes and “what chicks is fly” had ended he had stripped down and paraded across the stage in a shirtless strut that would be so out of place if it was done by his character on the TV show Community.

The experimental indie rockers Tune-Yards were next to perform on the Bigfoot stage. Their brass-heavy set featured hits from their most recent album, WHOKILL, including Bizness and Gangsta.

While Jack White was treating the main stage crowd to his latest self-titled musical project, Wolfgang Gartner was spinning up a storm of electronic dance music in the Banana Dance Tent.

The Roots rounded out the night to a packed Bigfoot stage. Starting a bit behind schedule the eager crowd was instantly ecstatic when they opened with “Paul Revere” as a tribute to the late Beastie Boy, Adam ‘MCA’ Yauch.

Chiddy Bang was the first big act of the day on the main stage. Chidera “Chiddy” Anamege and his DJ, Noah “Xaphoon Jones” Beresin, blended quick rhymes with favorite pop samples to keep the crowd happy.

Deer Tick suited up for their set on the Bigfoot stage. The alternative indie rockers jammed out for just under an hour with their jingly guitar riffs and simple lyrics.

Big names M.Ward, The Head & The Heart, and Beirut all warmed up the quiet Sunday crowd for an even quieter performance by recent Grammy winners, Bon Iver. Bon Iver closed out the night with a stunning light show and lullabies so sweet, it was difficult to pull yourself off the grass amphitheatre at the end of the evening. 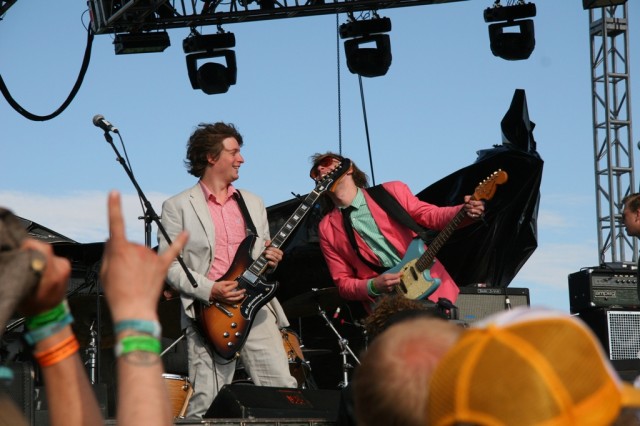 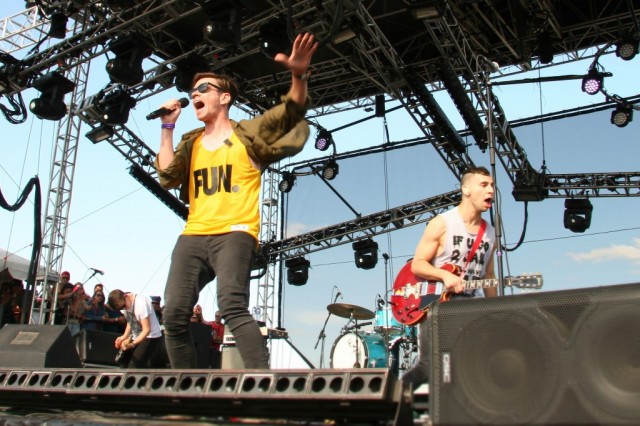 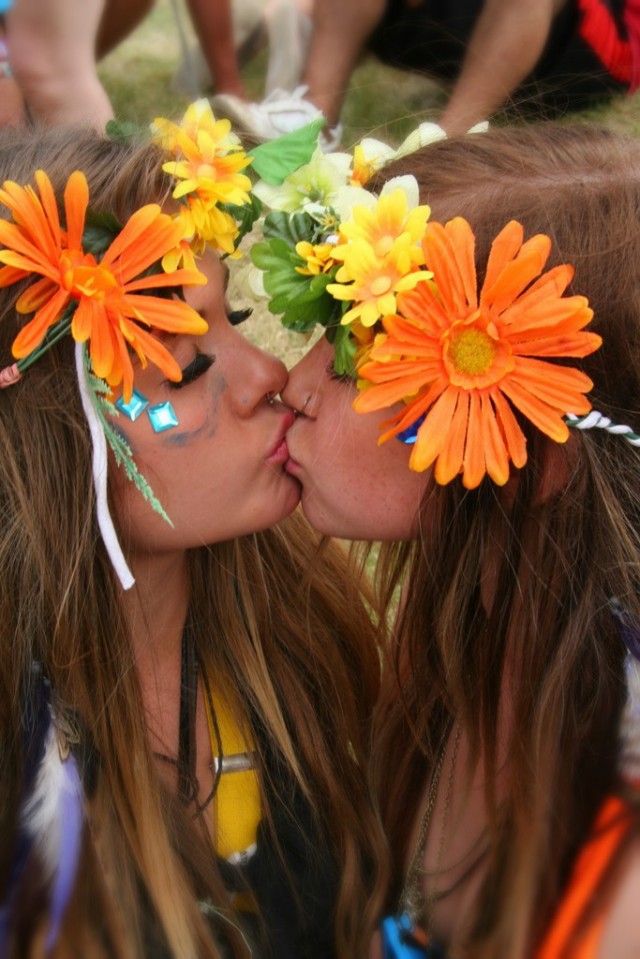 The last day of Sasquatch! started out slowly with a heart warming performance by breakout British musician Ben Howard at the Bigfoot stage. After 20 minutes of sound checking and technical difficulties, Ben and his guitar finally came to life to the relief of the anxious crowd. His beautiful guitar work and sweet vocals was a dream come true for the 80% female audience.

Gary Clark Jr. might be the next Jimi Hendrix. He serenaded the main stage with guitar licks rugged vocals so well that he might have had the legend rolling over in his grave.

Cloud Cult’s 6-piece band and exclusive speed painter performed mid day at the Bigfoot stage. Following their performances they auction the paintings and donate the profits to their environmental nonprofit Earthology Institute.

Recent breakout pop rock group Fun. played the Bigfoot stage shortly after to a crowd that was as big if not bigger than long time rap group, the Roots’, Saturday performance. The Queen sound-alikes put together a high-energy show that was about as fun as it gets. Inflatable animals were tossed over the jampacked crowd while we sang songs that just make you feel good.

Canadian indie rock mama Feist threw down on the main stage as the last sun of the festival began to set. She rocked the house in a stylish dress with a neon pink taped acoustic guitar and three soulful dancing backup singers.

Goof-rockers, Tenacious D, played an entertaining set on the main stage as the crowds assembled for the last performance of the festival: either electronic dance music mastermind Nero at the Banana tent or 90s pop rock sensation Beck.

Beck started of with some classic hits that had the crowd on their feet singing along and soaking up every last ounce of goodness that Sasquatch! had to offer. His set mellowed out before being joined for a rowdy encore with Tenacious D.

Words and Photos by James Oborne