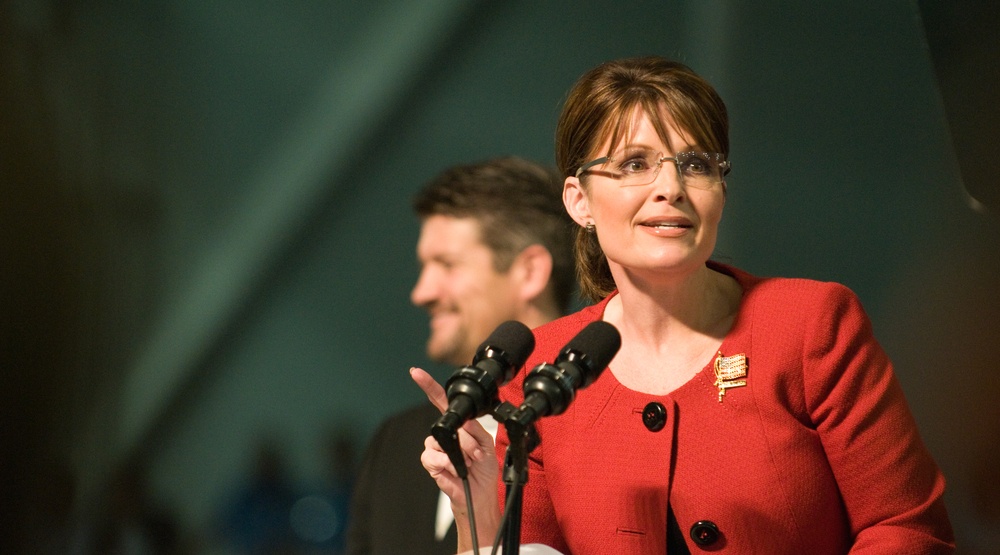 Could Sarah Palin call the Lornado residence in Ottawa her new home? You betcha! No, not the Tina Fey version – the real one.

There is some speculation that the former Alaska governor could bring her dog and pony show to the True North by being appointed as the United States’ new ambassador to Canada.

What?!?!? Sarah Palin as US Ambassador to Canada??? pic.twitter.com/Toes7BMyeu

The position was vacated by Barack Obama-appointee Bruce Heyman on Donald Turmp’s inauguration day and has yet to been filled. All foreign ambassadors were ordered by Trump to leave their positions on January 20, but there were no immediate plans on who would fill the key international relations roles, especially for countries such as Canada and Mexico which have close economic and political ties to the US.

Trump has only nominated or filled a handful of ambassador positions, including the positions for the US ambassador to Israel, Ireland, United Nations, and the European Union (EU). The prospect of Ted Malloch becoming the ambassador to the EU was condemned by members in the European Parliament last week as the businessman is known to hold views that support the dissolution of the political and economic union.

Selecting Palin, known for her controversial views that conflict with long-held liberal Canadian values, would align with Trump’s apparent mantra of disrupting the established political system, both domestic and foreign. And it is likely that such an appointee will be condemned as well.

Charlie Angus, the NDP Member of Parliament for the riding of Timmins-James Bay, aptly reacted in this way on Twitter:

Sarah Palin as ambassador? Well that would show how little Steve Bannon and his pal @realDonaldTrump think of Canada https://t.co/Js4B2Qseah

And former Prime Minister Kim Campbell couldn’t be any blunter in her assessment.

Gag me with a spoon! https://t.co/tkXg6AfaiQ

If the U.S. does decide to nominate Palin to the position the Canadian government does have the option of rejecting her appointment. Under the Vienna Convention’s diplomatic relations section, although it is seldom practiced, receiving nations reserve the right to reject a diplomatic appointment and a reason does not have to be provided.

This is entirely because Sarah Palin can see Canada from Alaska, isn’t it? https://t.co/9DzQzMnthR

If Palin becomes the ambassador to Canada, I’m sure Canadians would want Trump to pay for a wall to prevent her from getting in.

Palin’s only qualification for being ambassador to Canada is that she knows something about snow.

Sarah Palin may be appointed ambassador to Canada, narrowly beating out a rock, a piece of paper and a pair of scissors.

If Sarah Palin becomes the US ambassador in Canada, she’ll miss her guns

Sarah Palin ambassador to Canada? Our 2 official languages are French and English. She will have to learn at least one #canpoli pic.twitter.com/G0UwKkNDsU