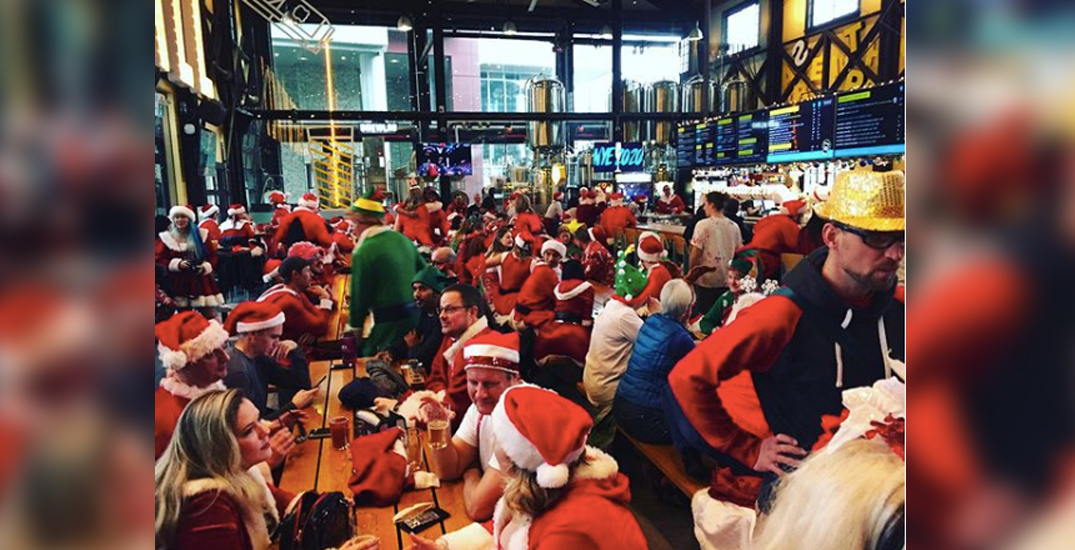 The free event takes a group in high Christmas spirits on a walk around Vancouver, stopping at several bars and pubs for a drink along the way.

The group of Santas stopped at Brewhall in Olympic Village first, and continued north during the afternoon.

Organizers told participants they needed to come dressed in full Santa garb. Just a Santa had would not cut it. Some people showed up in more creative costumes, like one person dressed as Jack from Nightmare before Christmas.