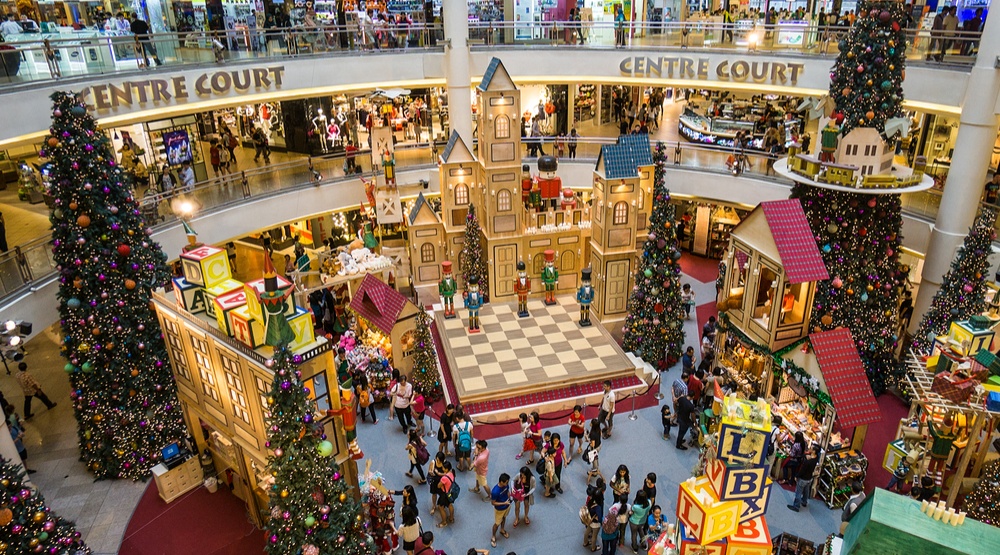 There, at community events, the mall, and various functions around town, greeting holiday gatherers and making spirits bright, is the community Santa Claus. Kids line up to speak with him, parents snap pictures, and there’s always a friendly “ho-ho-ho” or two to be had.

But what dialogue and discourse actually takes place when kids get their moment with Jolly Ol’ St. Nick? What are some memorable moments and stories these Santas have to share?

To find out, Daily Hive went straight to the source to get the low-down on what life’s really like on the frontline of holiday festivities.

Take a look below as two local Santas share their most memorable moments in their own words.

Too cool for Santa?

Santa Ernie: A boy and his buddy came to have their photo taken at an event. They were 12 or 13 and ‘way too cool’ for a Santa picture, but their mom insisted. Well, I knew him and he didn’t know me. So I had some fun: “Why are you wearing a hockey jersey?” I asked him. ‘You’re a football player…aren’t you #16 on the…football team.? Oh and by the way, a pellet gun is probably not the best Christmas gift wish”  I had him, hook, line, and sinker. As the boys were leaving, they looked back at me having a very animated conversation about how I knew all of that stuff. The following Monday, his dad told me Christmas would see a tween with some holiday magic back in his heart.

Santa Bruce: One kid was kicking and screaming as he sat on my lap, and let’s just say he came very close to kicking me in a certain area. Luckily he missed, but the parents still apologized like crazy. 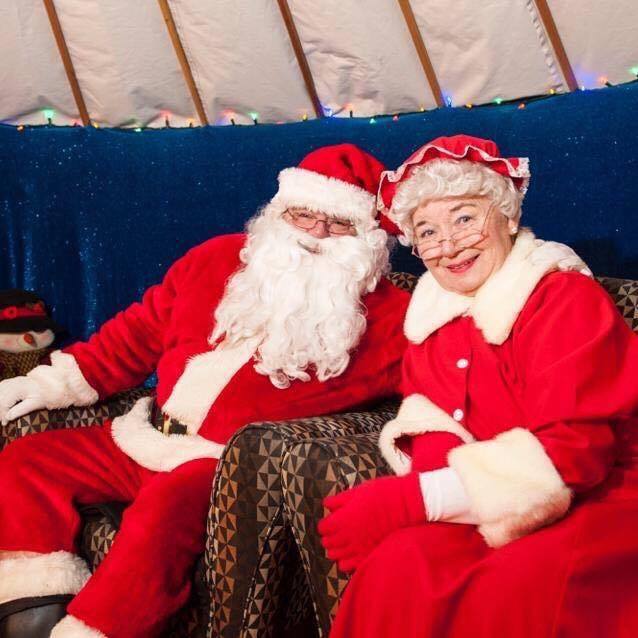 Santa Ernie: One time I felt this warm sensation on my lap and then an unpleasant odour, as a little one did his business and the diaper leaked.

Santa Bruce: In all my years of doing this [since 1994,] I’ve never had a kid pee on me. That’s got to be some kind of a record or at least close to one.

Santa Ernie: Probably [the most embarrassing time] for me was the time a kid said, ‘You’re not Santa. Santa is not real.’ And then proceeded to pull off my beard and hat.

Santa Bruce: I used a fake beard for four or five years, until I decided to grow a real one. The fake ones are awful. Kids pull them off, food gets stuck in them, and so on. Now, when a kid asks me if I’m the real Santa, I just say ‘pull my beard.’ 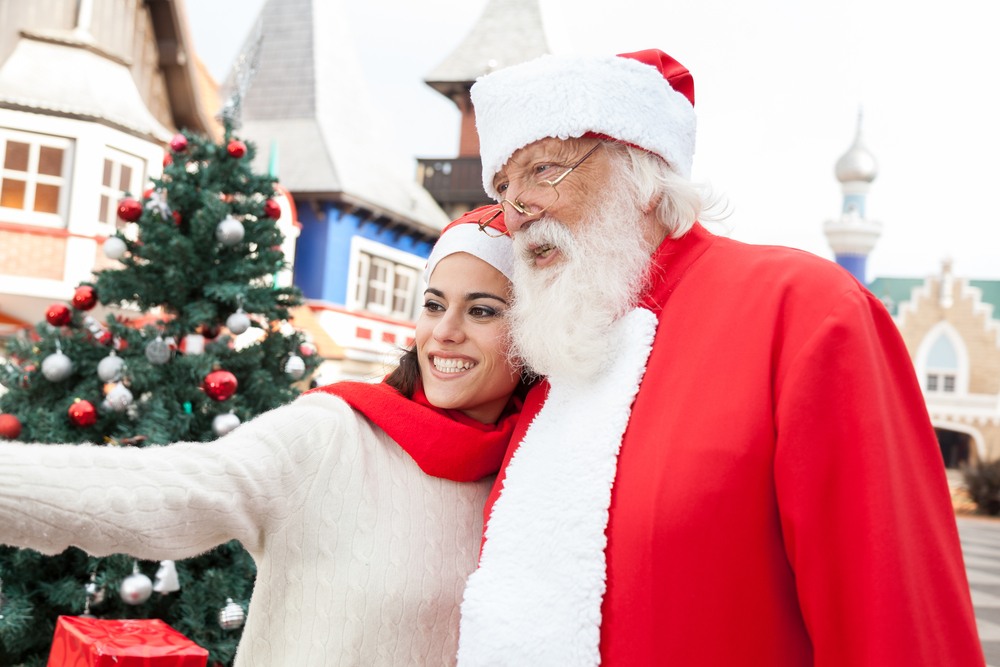 Santa Bruce: I’m getting to the point of not having to dye my beard as much, but one year when I had it bleached, the woman used the wrong stuff it, and it turned kind of a light blue-ish colour. Not long after, and stuck with a blue beard, I arrived at an event to hear the event’s photographer telling one of the organizer’s how her holiday photography had been going well, and she hadn’t really had to use Photoshop. Well, let’s just say she hadn’t seen me yet…. 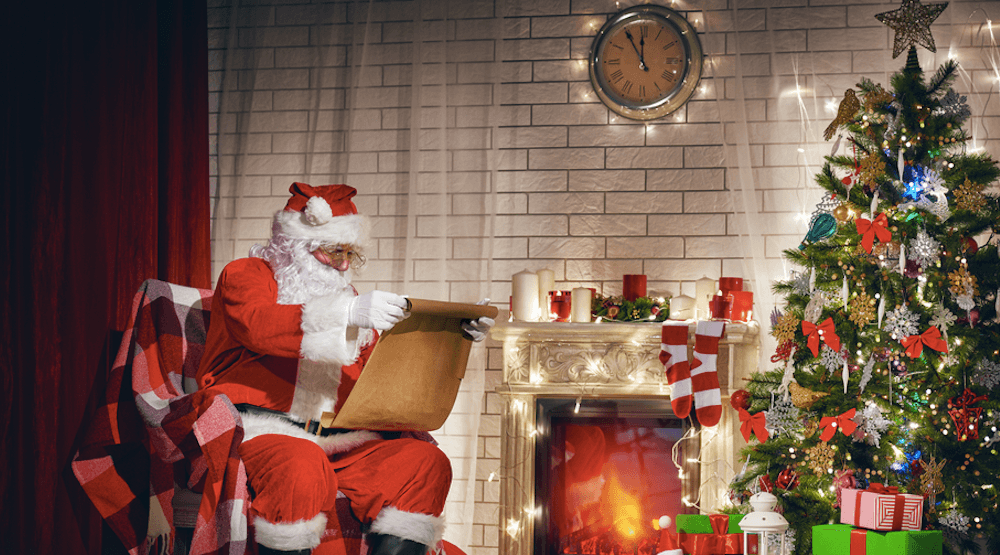 Santa Bruce: I’ve been doing this for long enough now that I’ve had moms – who used to sit on my lap when they were kids – bring their own kids to visit me now. You definitely start to recognize families, and they definitely remember you.

Santa Ernie:  Last year in a dementia ward, a senior with vacant stare looked across the room and then spotted me. Her eyes lit up and a big smile came across her face, and ‘Santa…..Santa you’re here!’ Came from her lips. “Well young lady,” I said, “it has been far to long since you had your picture with Santa, let’s get one done right now” Then the line-up started. These folks, in their 80s and 90s were acting like they were eight or nine getting a Santa picture. For a few minutes, all was right and good in their minds. The staff then printed the photos and put them in frames in the residents’ rooms.