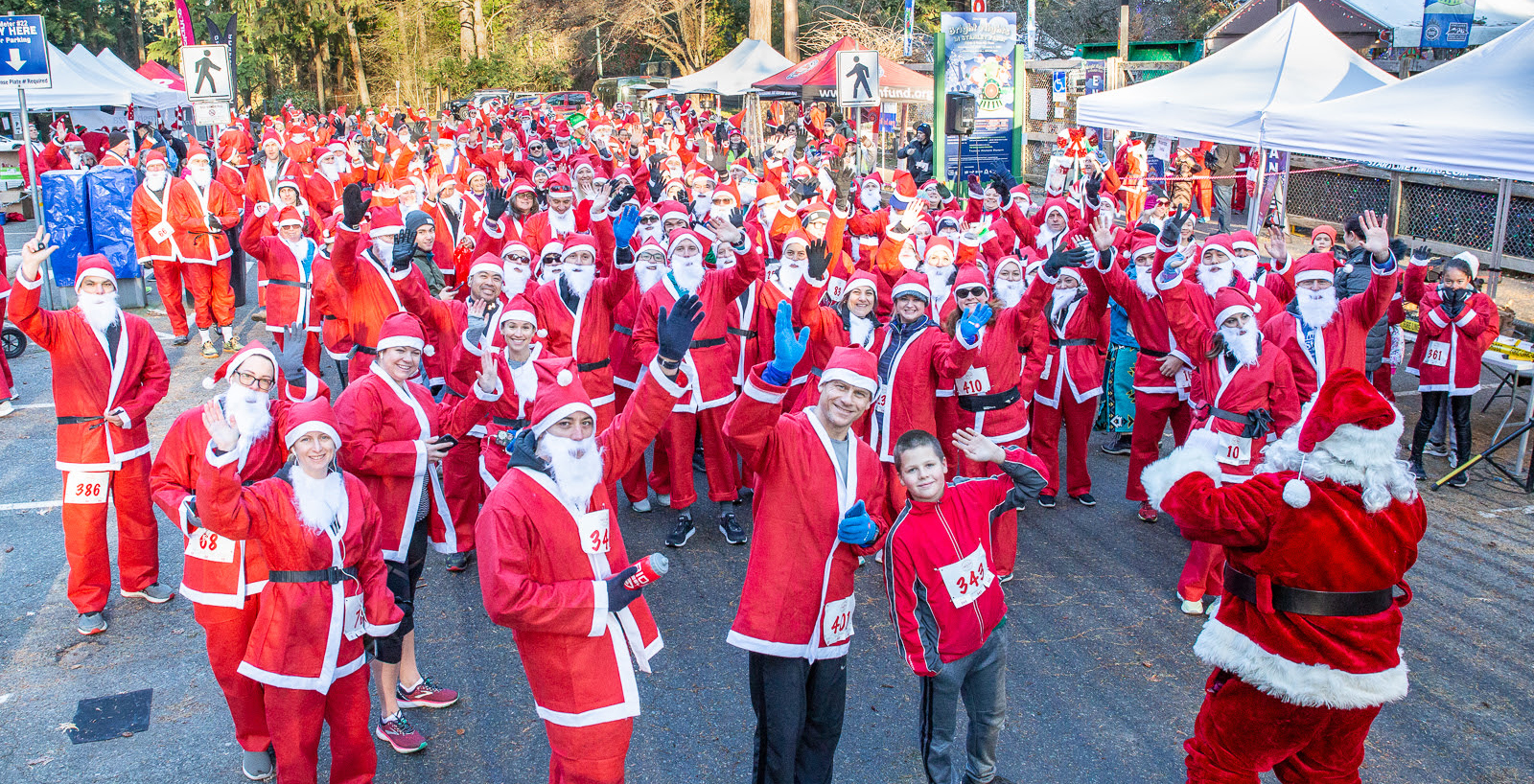 Everyone who registered for the race was given a Santa suit to fend off the cold during the five kilometre course. Justin Kent, the 2019 Sun Run winner, had the fastest time.

What a day!! The inaugural Burnf Fund Santa Run is now complete and it was a complete success. Thanks to our amazing Santa’s who participated, our incredible volunteers and of course the weather. @BCBurnFund @IAFF18 @IAFF323 @FireChiefReid @BradWestPoCo #SantaRun pic.twitter.com/vl8pZ9oBwi

The BC Professional Firefighters’ Burn Fund organized the run. It’s the charitable arm of the province’s firefighter association, and it helps burn survivors recover medically and mentally from their injuries.

We had a blast at the @bcpffa Burn Fund first ever Santa Run. Thank you to everyone who contributed to Liam’s first 1k. He raised almost $300 for the Burn Fund! pic.twitter.com/JxJX5B0WrX

The race was a “sea of red in a forest of green,” according to BC Professional Firefighters’ Burn Fund spokesperson Nicole Clark.

“The suits added some holiday cheer,” she said.

Participants raised $16,000 for the charity.