If you have always wanted to volunteer but haven’t found the time, now is your chance to stop talking and start acting. Often people want to join a charitable group but either don’t know where to look or have very limited time to offer. The MAD LAB (Making a Difference) is inviting you to be part of their DTES Food Run on Sundays and spend the morning making sandwiches and handing them out to those living in the Downtown Eastside.

The MAD Lab Foundation is a non-profit founded in 2015 with the incentive to “help local and aid global.” They believe that by having an impact close to home, the benefits of people dedicated to doing good can have a global reach. The MAD LAB isn’t time consuming or an ultimate commitment. Just show up, help out, have fun, feel good and go home. 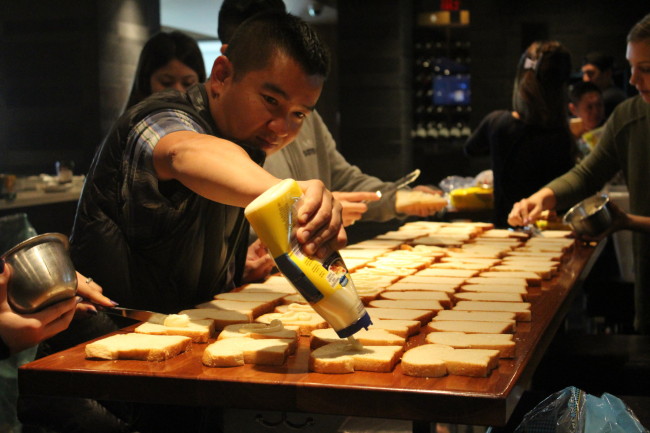 It’s a Sunday morning and, instead of sleeping in, you’re at Hapa Izakaya in Coal Harbour before they open (a restaurant that has offered its space for the program). You’re with a group of vibrant young adults listening to music and slapping together some meat and cheese, lathering the bread with mayo and mustard and adding some lettuce before packaging it in a small Ziplock bag. 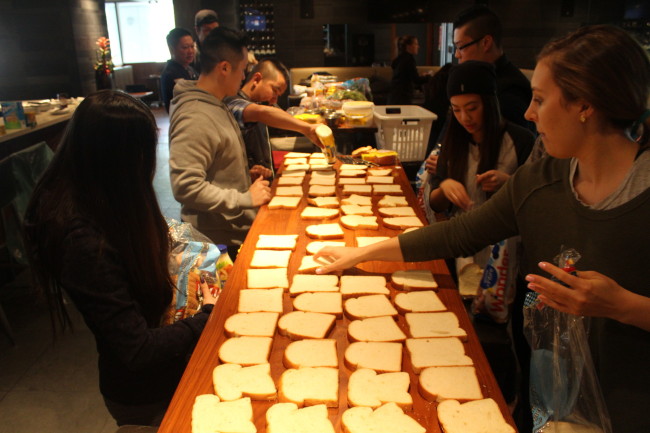 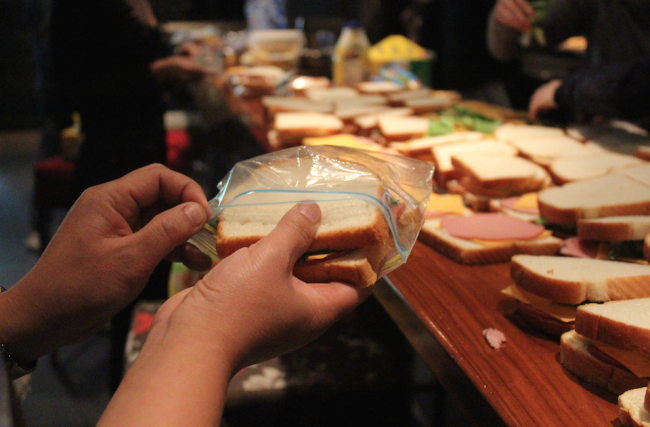 Clement Lau is one of the founders of the MAD LAB and says that it has grown bigger than what he thought possible. 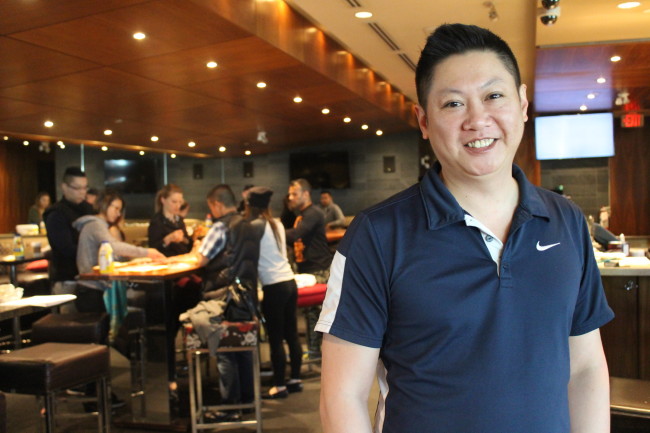 “The reason why we do this is that a lot of people want to help but they don’t know where to go. This makes it easy and fun to participate,” he says. “It’s fulfilling for me because I’m helping other people who want to give back, and I’m grateful that they have a sense of fulfillment when they do it too.” 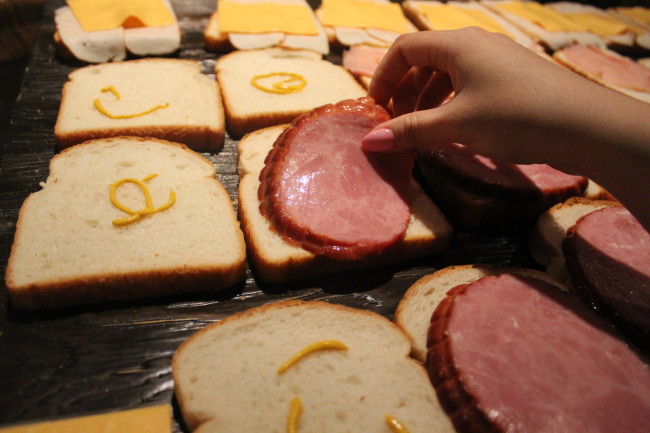 Each year the City of Vancouver counts how many people are living and sleeping on the streets. Last year’s count was cause for concern when data found that the numbers had nearly doubled, with 538 people living in severe conditions of poverty. When Mayor Gregor Robertson was elected in 2008, those numbers sat at 811. He vowed to eradicate homelessness by 2015. In 2013, the city counted 273. In 2014, Robertson conceded to defeat.

Homelessness has not been reduced since 2011 when there were 154 documented cases. If there was ever a time to get out there and give back, it’s now. On the morning that Vancity Buzz joined MAD LAB on a food run, the group handed out nearly 800 sandwiches and juice boxes. 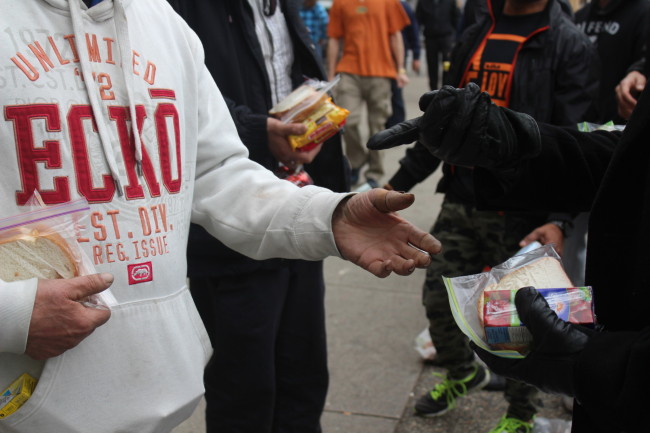 While providing food to those living on the street may not eliminate homelessness, it does feed the morning hunger. When someone reaches out, it feels good to hand them something that can help.

Want to volunteer a morning with the MAD LAB? Fill out a form on www.themadlab.org 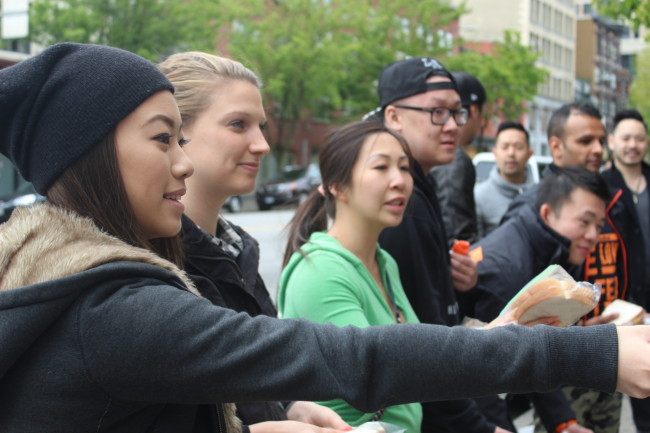 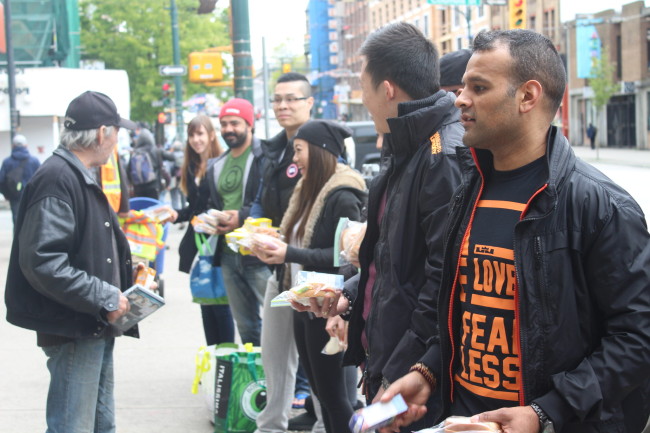 The MAD LAB in the DTES (Nicolle Hodges) 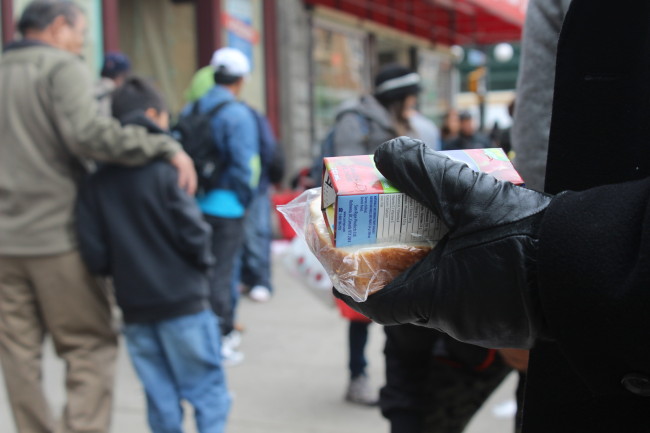 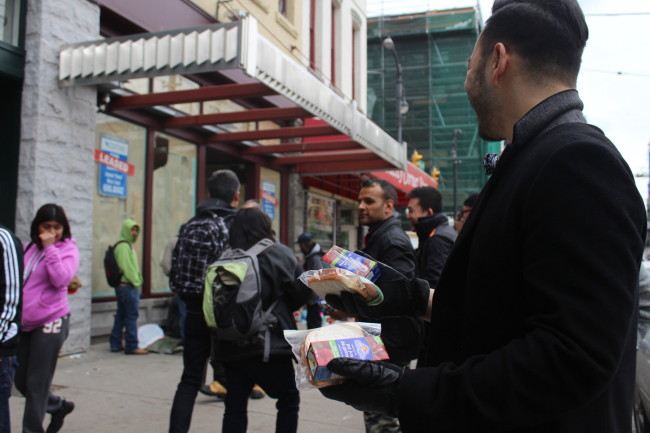 Giving back on the DTES (Nicolle Hodges) 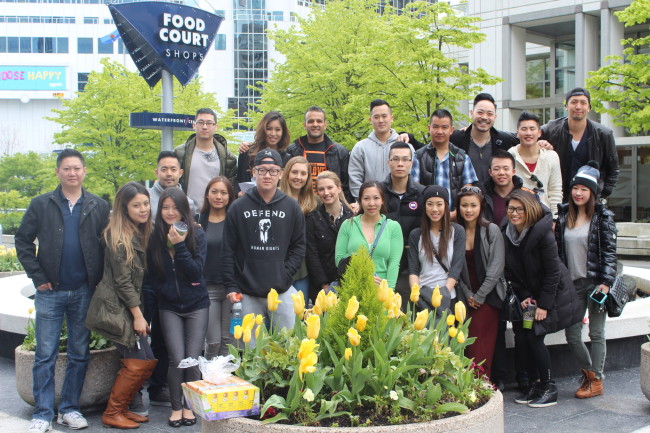