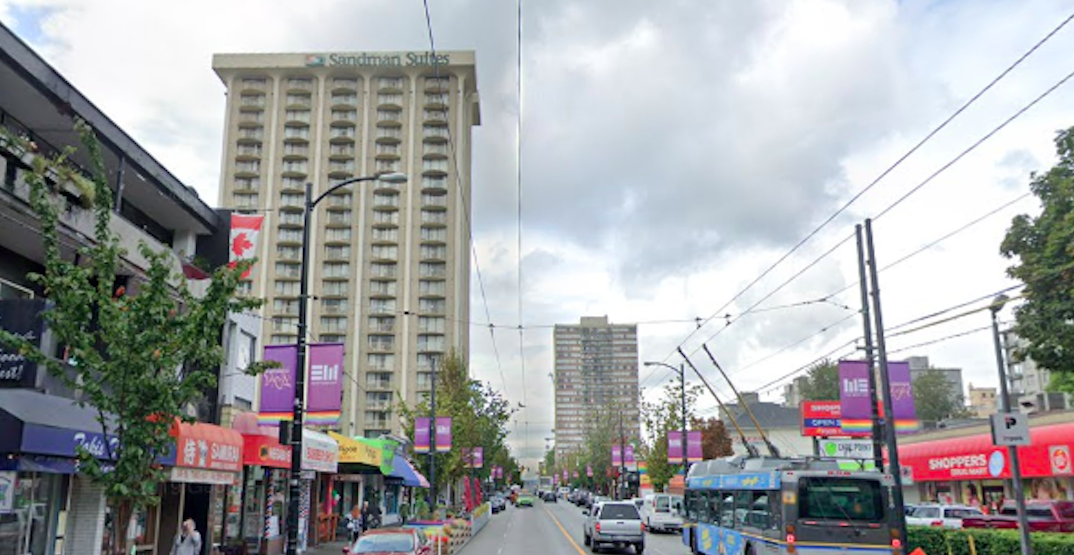 Vancouver Coastal Health (VCH) is notifying people who visited the Sandman Suites (1160 Davie Street) about a possible exposure to COVID-19 from July 7 to July 16.

VCH noted that health officials have followed up with close contacts directly and this exposure “is considered to be low risk,” and “there is no ongoing risk to the community.”

Still, as a precaution, VCH is advising people who attended the Sandman Suites from July 7 to July 16 to monitor themselves for 14 days.

“As long as they remain healthy and do not develop symptoms, there is no need to self-isolate and they should continue with their usual daily activities,” they added. For those with no symptoms, “testing is not recommended because it is not accurate or useful.”

During a Friday press conference, Provincial Health Officer Dr. Bonnie Henry spoke about the alert and confirmed “there were a number of healthcare workers staying at the hotel” during the time period in question, “and that’s one of the concerns” officials have.

“I know there was a provincial program… when hotels were empty, that healthcare workers were given good rates to stay there,” she said.

However, now, “as hotels are opening up, they are more a source of risk,” she furthered. “We don’t want healthcare workers who are working in hospitals or long-term care to be mixing with people who are coming in from other places, and a hotel is not a great environment for that, so that is one of the concerns.”