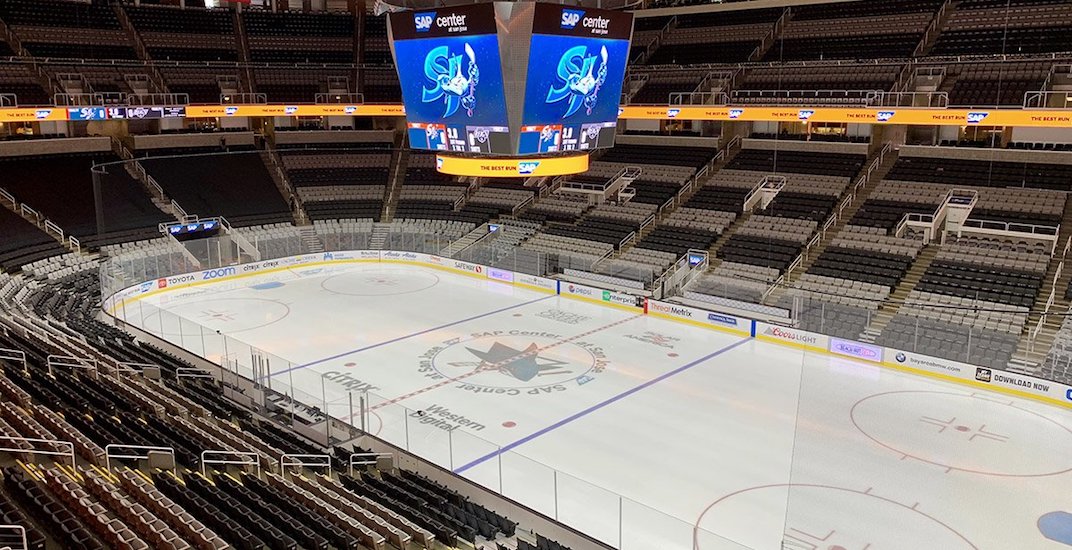 The San Jose Sharks will have a difficult decision to make this month, as a result of COVID-19.

The County of Santa Clara’s Public Health Department has ordered to prohibit “mass gatherings” of crowds larger than 1,000 people through the end of March. That decision was made after the recent death due to the virus of a Santa Clara County woman in her 60s.

The Sharks released a statement on Monday saying that they would “adhere to the mandated guidelines,” which affect their home arena, the SAP Center.

That means that the Sharks will need to find alternate arrangements for at least three home games against the Montreal Canadiens (March 19), Boston Bruins (March 21), and Arizona Coyotes (March 29).

“We will be reviewing each scheduled event due to take place for the rest of the month and provide an update in the coming days,” the Sharks said in a media release. “We appreciate the understanding and patience of our fans, guests and partners during this unprecedented time.”

The team could still decide to play games at the SAP Center, but they would be required to do so in an empty arena. The Sharks could also decide to play in a neutral site — perhaps in nearby San Francisco, or in one of the many AHL arenas elsewhere in California.

They could also decide to play their home games on the road in Montreal, Boston, and Arizona, though arena availability and travel concerns might have to necessitate picking a different date to play the games.

San Jose is scheduled to play just two more home games in the month of April before their season concludes, as they are unlikely to make the postseason. With the Stanley Cup playoffs set to begin in the second week of April, the NHL could have a much bigger problem on its hands if similar bans affect playoff teams.