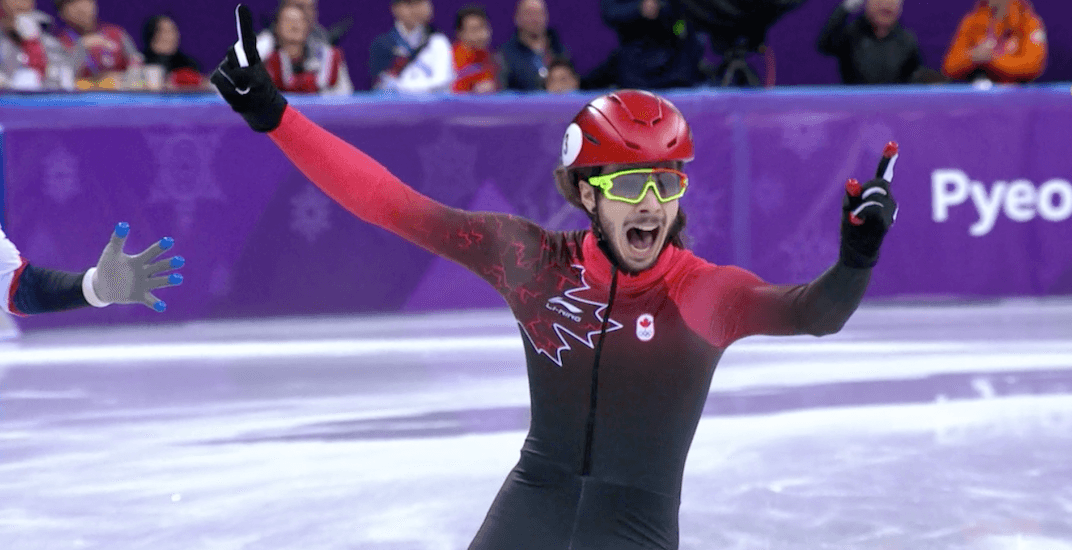 Seven days ago, Samuel Girard finished in the most agonizing spot you can finish at the Olympic Games.

That came in the 1,500-metre final, but he had a shot at redemption on Saturday.

Not only did the 21-year-old make it onto the podium in the men’s 1,000-metre race, he’ll stand at the top of it as Olympic champion.

The Chicoutimi, Quebec native won the gold medal comfortably in a time of 1:24.650, finishing ahead of USA’s John-Henry Krueger and Yira Seo of South Korea.

Girard’s medal was Canada’s second of the day, coming minutes after Kim Boutin won bronze in the women’s 1,500-metre final. Canada’s medal total is now up to 15 (5 gold, 5 silver, 5 bronze).