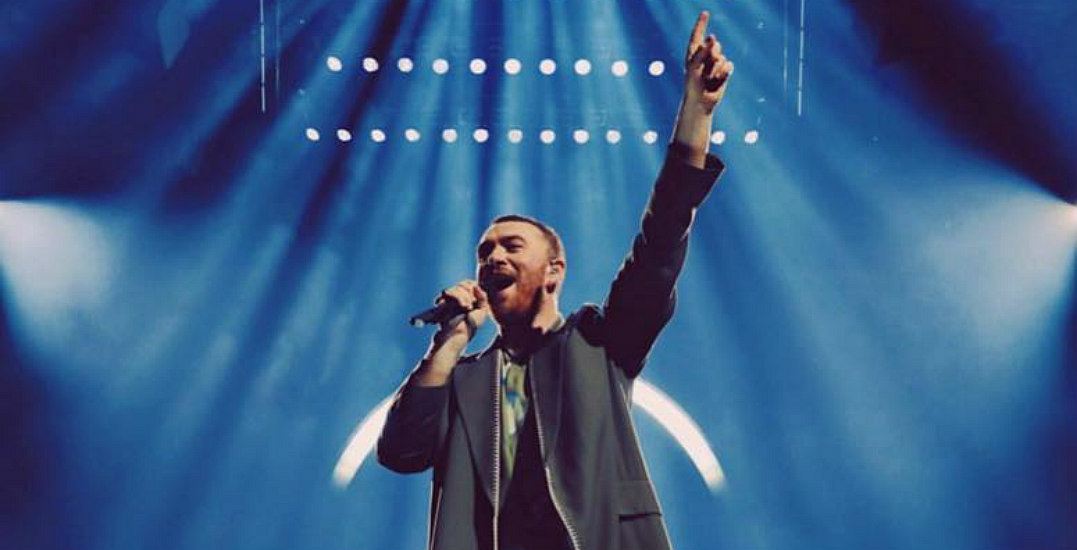 British singer-songwriter Sam Smith is coming to Vancouver for a highly-anticipated concert.

The 26-year-old Grammy Award-winning artist will be performing at Rogers Arena on Monday, September 10 during his 2018 Thrill of It All tour. The tour kicked off in Toronto back in June before going on to Montreal and a host of US cities.

Vancouver is one of the last stops on Smith’s North American tour which will be followed by concerts in Calgary and Edmonton.

The ‘Stay with Me’ singer’s sophomore album, The Thrill Of It All was released in November last year and features tracks like ‘Palace’, ‘Burning’, and ‘Too good at goodbyes’ which debuted at number one on Billboard’s Digital Song Sales chart.

You can expect to hear the powerful vocalist sing songs from the new album as well as some of his most popular earlier hits.

Tickets to Sam Smith’s Vancouver concert cost from range from $70 to $147 and you can get yours via Ticketmaster. Or you could win two tickets to the concert for free by entering the contest below!

Enter for your chance to win two tickets to see Sam Smith live at Rogers Arena in Vancouver on September 10, do at the following:

Contest entries will be accepted from the time and date of publishing until 11:59 pm on September 6, 2018. One winner will be chosen at random and contacted through the platform they used to enter.