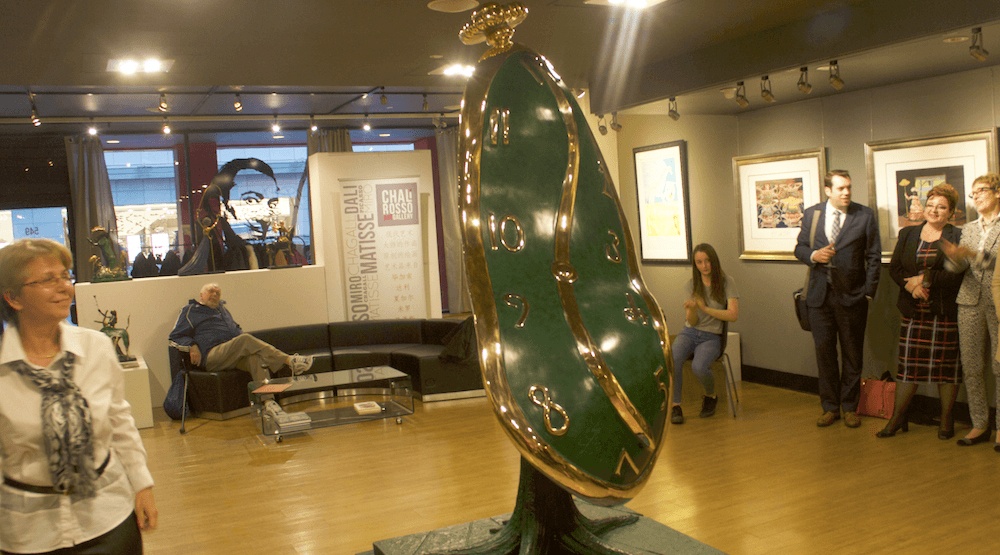 'Dance of Time 1'- a sculpture by Salvador Dalí will be on public display in Vancouver, starting this Saturday (Eric Zimmer / Daily Hive)

An original sculpture by infamous surrealist Salvador Dalí was unveiled at a Vancouver art gallery last week, and will go on public, outdoor display, beginning this Saturday, May 6. 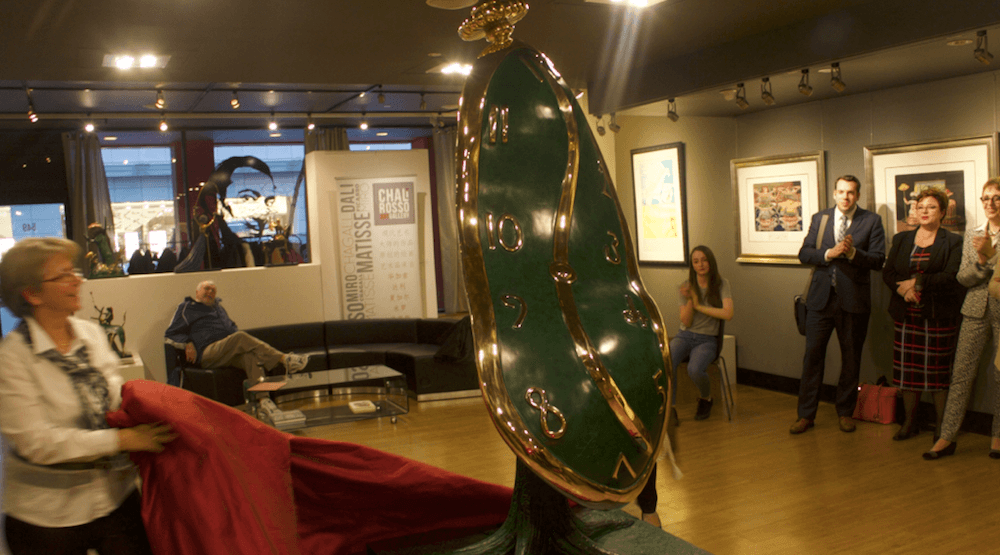 The bronze sculpture of a melting clock, called Dance of Time I, will be presented at its new location, on the corner of West Hastings and Hornby Street at 2 pm.

The artwork is being temporarily gifted to the City of Vancouver by the local Chali-Rosso Art Gallery, Vancouver’s largest private gallery of European Modern Master collections. 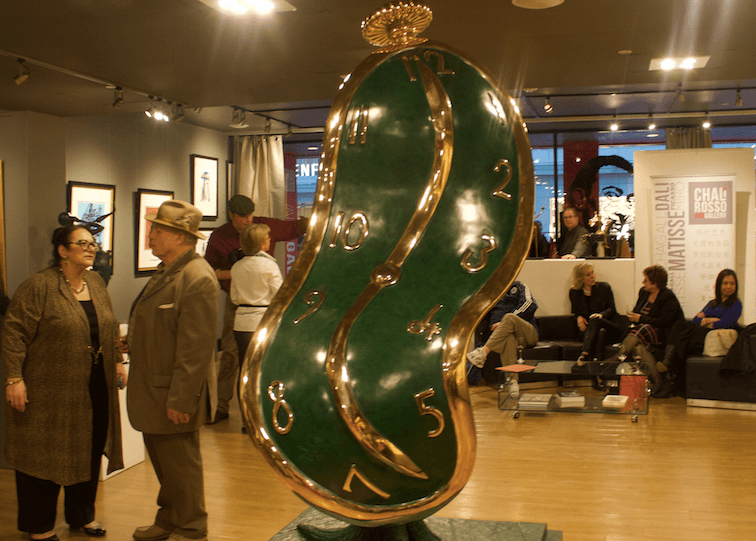 The seven-foot-tall sculpture, valued at $750,000, will stay on public display until September, in an open environment for all to enjoy.

In a release, Susanna Strem, owner and curator of the gallery, said she was thrilled to be able to bring one of Dalí’s most theatrical sculptures to Vancouver. 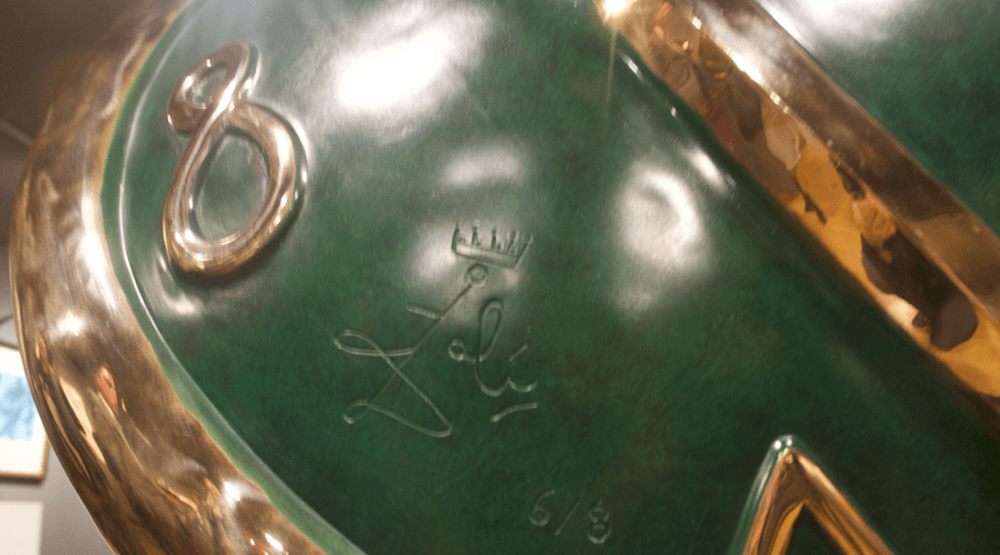 Salvador Dali’s signature can be seen on the bottom of the sculpture (Photo: Eric Zimmer / Daily Hive)

“We felt that this would be a great year to bring this unique ‘timepiece’ sculpture to Canada in celebration of Canada’s 150th anniversary,” said Strem.

“Over the past 150 years, Canada has been influenced by artists from around the world, and Canada continues to embrace the multitude of creative forms from all cultures. I feel honoured to be able to share this time-depicting sculpture with Canadians.” 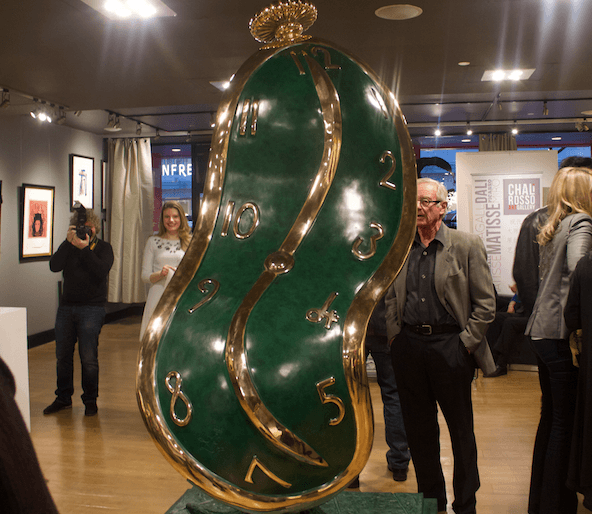 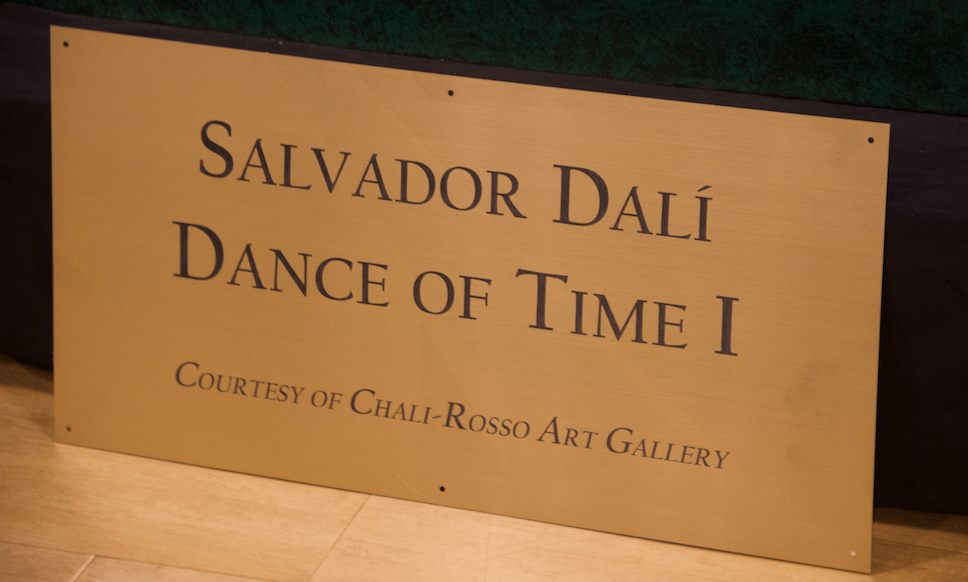 While the gallery is organizing the Vancouver display, the Dalí sculpture is on loan to them from The Stratton Institute, the world’s largest collection of Dalí’s monumental sculptures.

In return, the gallery is displaying 100 extra original Dalí artworks at their Howe Street location, including 20 gallery size sculptures.

Dalí was born in Spain in 1904 and is best known for the bizarre images in his artwork, with his best known work being The Persistence of Memory painting of melting clocks in 1938.

An eccentric character throughout his life, Dalí conceived the Dance of Time I sculpture in 1979, and the first cast was created in 1984, only five years before he died.

The sculpture shows Dalí’s relationship with time, and the importance he believed to be inherent in memory.