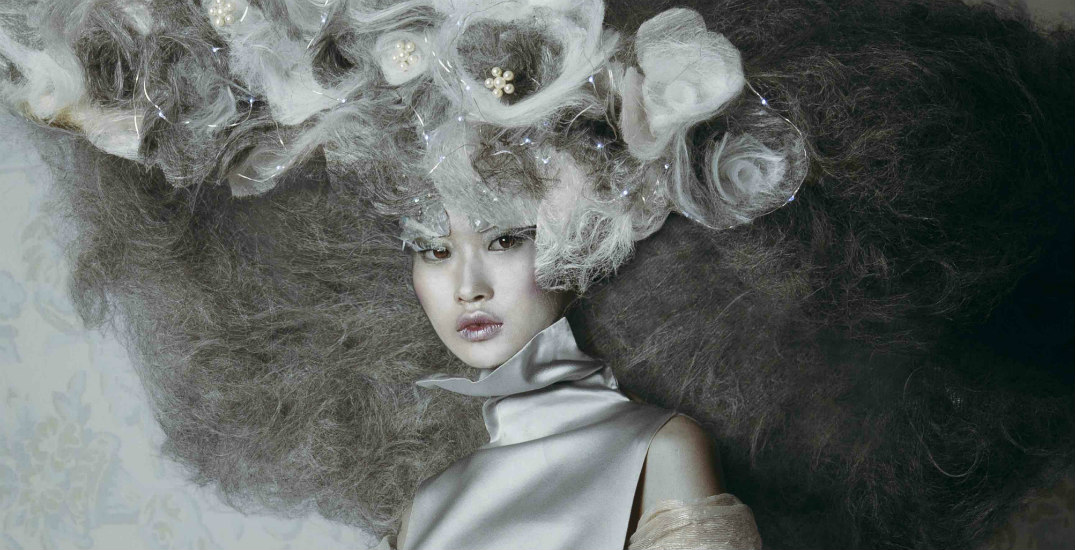 Like many small business owners in Vancouver, Denise Meikle continues to navigate the challenges of the COVID-19 pandemic.

As a master hairstylist and colourist with over 35 years of experience in the industry, she’s the owner of Salon Origins, located at 1088 Hornby Street.

Given the impacts of the ongoing crisis and restrictions around gatherings, Meikle imagined that her holiday season would be extremely slow.

“What should be the busiest time of the year for hairdressers is completely different this year,” she tells Daily Hive.

However, things changed for the better since she took home the Avant Garde Hairstylist award at the 32nd annual Contessa Awards (aka, the Oscars of the hair industry) produced by Salon Magazine.

“Needless to say, in just a few short weeks, my business has grown quite a lot with new clients wanting to come in to see me, and I’m thrilled to say I am booked well into the New Year.” 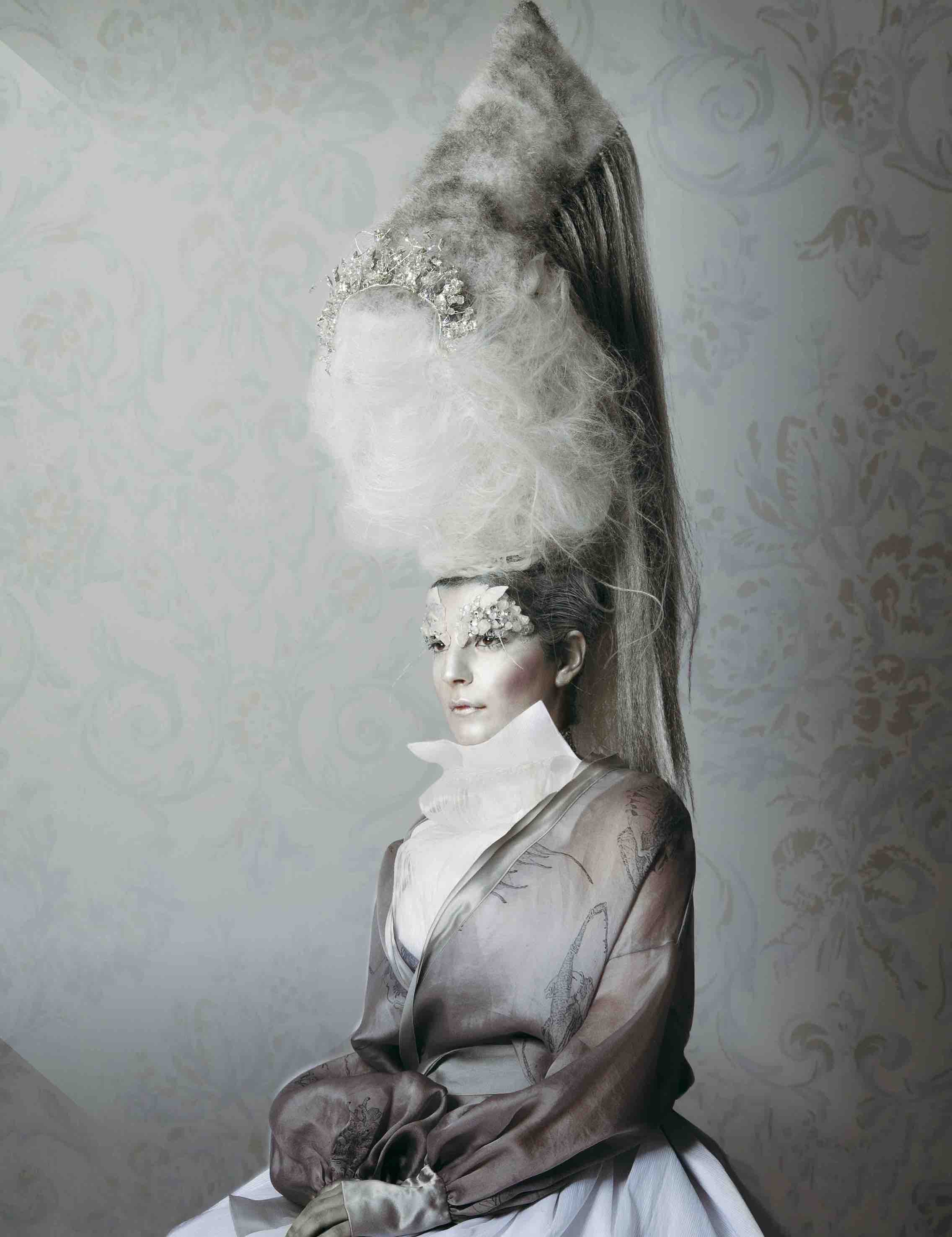 Meikle, a first-time entrant into the Contessa Awards, was presented with her award during a virtual ceremony streamed from Toronto last month.

“After more than 35 years in the hair industry, I have always wanted to enter the Contessa Canadian Hairstylist of the Year Awards but never felt my work was ever good enough,” she explains. “Then, with photos shot by my good friend, Natalie Fiteni, I knew I had something great to work with.”

Under normal circumstances, entrants to the Contessa Awards may only submit photos of their work from the past year. However, Salon Magazine bent the rules for the competition this year, opening it up to work created in the past two years.

“It was a no brainer for me to enter my photos,” says Meikle. Her entry paid off when she emerged as the winner of the Avant Garde category and a finalist for the British Columbia Hairstylist of the year, placing her in the top five in Canada in each category.

“For me, just making it into the finals and being recognized alongside the other wicked talent across Canada was a win. Plus, this is the first time in 10 years a hairstylist from the west coast brought home the Avant Garde Contessa, so that’s pretty sweet.”

Meikle’s win came after a period of personal and professional challenges, following the passing of her mother in 2018, and the challenges that have arisen professionally due to the pandemic.

“I know my mom and dad are just beaming with pride from above,” she says. 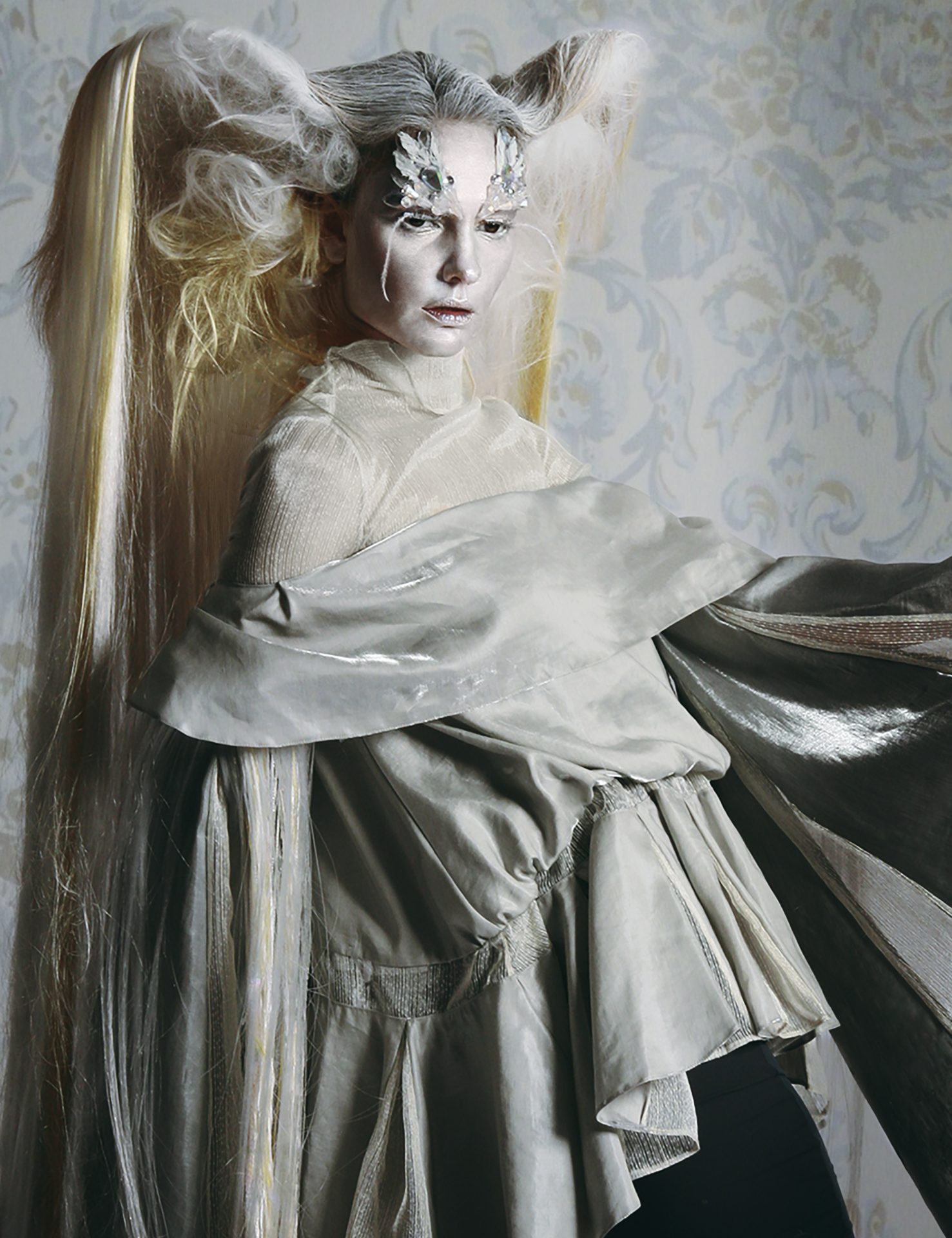 The winning looks by Meikle were created two years ago for Shine No Stigma, a fashion show fundraiser by Dean Thullner to raise awareness of mental health and addiction.

“A team was formed with a key hairdresser (myself), clothing designer (Kair Hong), and key MUA (Sima Shoker) to conceive the overall look for the fashion show,” notes Meikle.

“My first priority was to create looks that would complement the clothing designs. Next, because the show was held at the Commodore, I wanted to make the hair pieces as big as we could because the stage was so big and I only had three models to do.”

Even though there were three models, the hair masterpieces took three months to make. Meikle says the most challenging part was planning how they would build them. “Gratefully, one of my assistants, Olena Kuzyk, was an architect in her previous career and helped to map it out. It takes a village!”

Now, with a prestigious title under her belt, Meikle says she’s more excited to try the new techniques and hair colour products at her disposal. “The impact for me has been a new surge of confidence. With confidence, comes more creativity.”

She continues, “I thank my lucky stars every day that I am in the position to be behind the chair creating awesome hair, building a stronger business, and sharing my win with everyone that supports my little boutique salon.”

Winning the 2021 Contessa Avant Garde Hairstylist award, Meikle says, has been “a remarkable way to end such a bizarre year.”