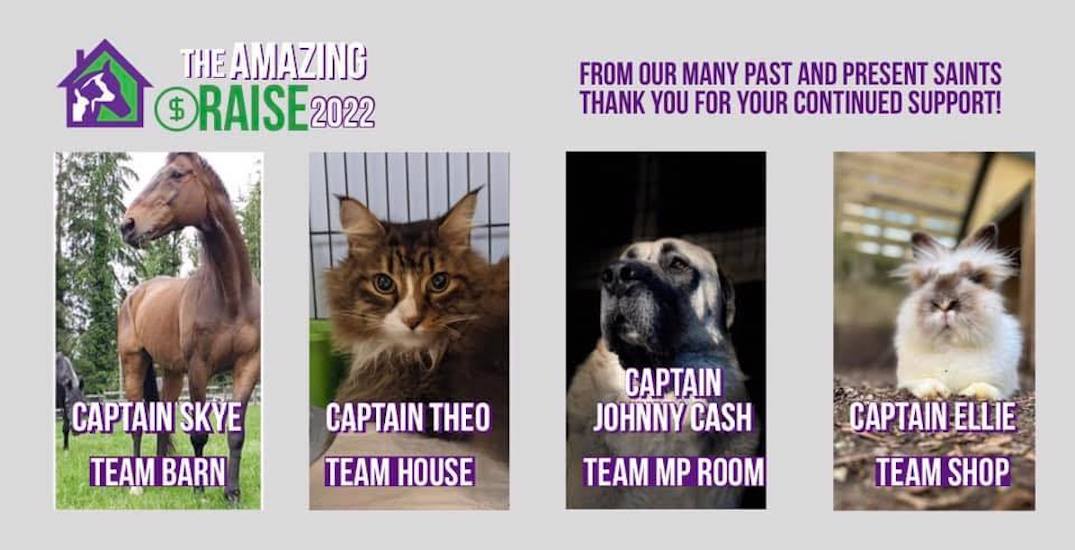 SAINTS Rescue has launched its annual fundraiser to care for the "unadoptable," senior, and special needs animals in its care. (SAINTS Rescue/Facebook)

A rescue group in Mission has launched its annual fundraiser for the senior and special needs animals in its care, little and big ones described as the “unadoptables” with nowhere else to go.

SAINTS Rescue is a charity running solely on donations and fundraisers to provide a sanctuary for these animals to live out the rest of their lives happy and comfortably.

Rescue Operations Manager Kate Lennan tells Daily Hive the campaign will help the animals directly with the money going toward vet bills, medication, food, supplies, and operational expenses, such as electrical and barn upgrades, as well as reinforcing fences.

Lennan said SAINTS is one of very few rescues that is not species specific and has more than 150 animals in its care, including dogs, cats, pigs, rabbits, birds, goats, cows, horses, and a turtle.

“The pandemic has had a huge impact on our ability to host in-person fundraisers, which in the past, represented a significant amount of our fundraising efforts,” Lennan said, adding their largest fundraiser had to be cancelled and so they had to quickly move it online.

Even though the fundraising events for the sanctuary had to be halted, the rescue needed to continue taking care of the animals and help new ones coming in.

“Without the revenue from our in-person events, we have had to rely on The Amazing Raise to be our largest fundraising for the past two years,” Lennan said, “We are incredibly grateful for the continued support of the public during the pandemic, however, with such a small team, it has definitely been challenging transitioning to the digital fundraising world, and connecting with our supporters online only.”

In addition to shutting down in-person fundraisers and weekend tours, Lennan said the team (and animals) miss meeting the community and its supporters. 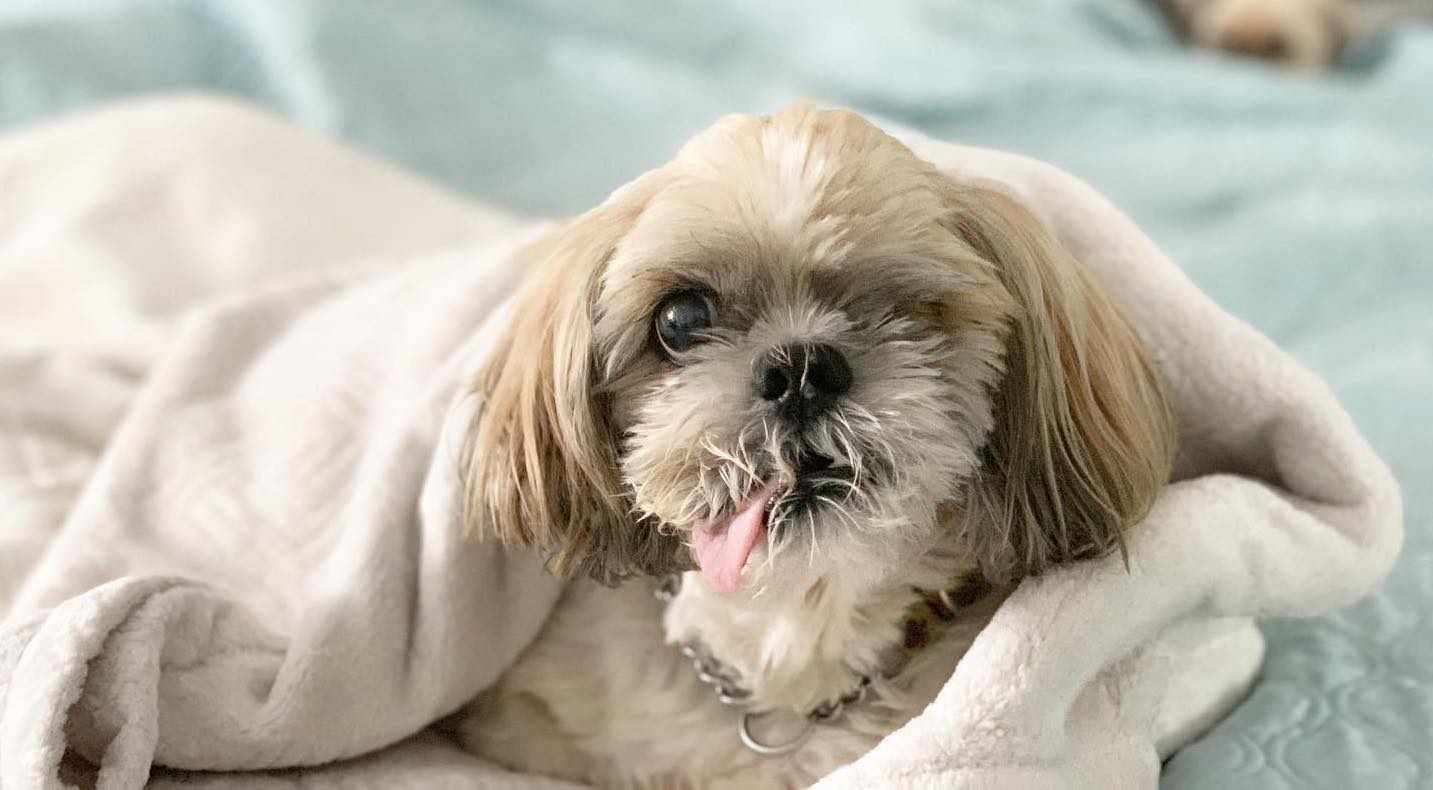 The Amazing Raise is split into four separate teams, led by a team captain, based on their location at the sanctuary: Team House, Team MP Room, Team Barn, and Team Shop.

“Each group is on a race to raise the most amount of money for their respective areas,” Lennan explained, “it’s all very exciting and for such a great cause!”

Breaking down what each team represents, ‘House’ is the team for cats and dogs.

‘MP Room’ is provides care for the more ‘delicate’ little ones, such as under-socialized dogs and small birds.

‘Barn’ is the team supporting all of the barn animals.

Shop is for the bunnies, but this house also sees care for a variety of creatures, big and small. 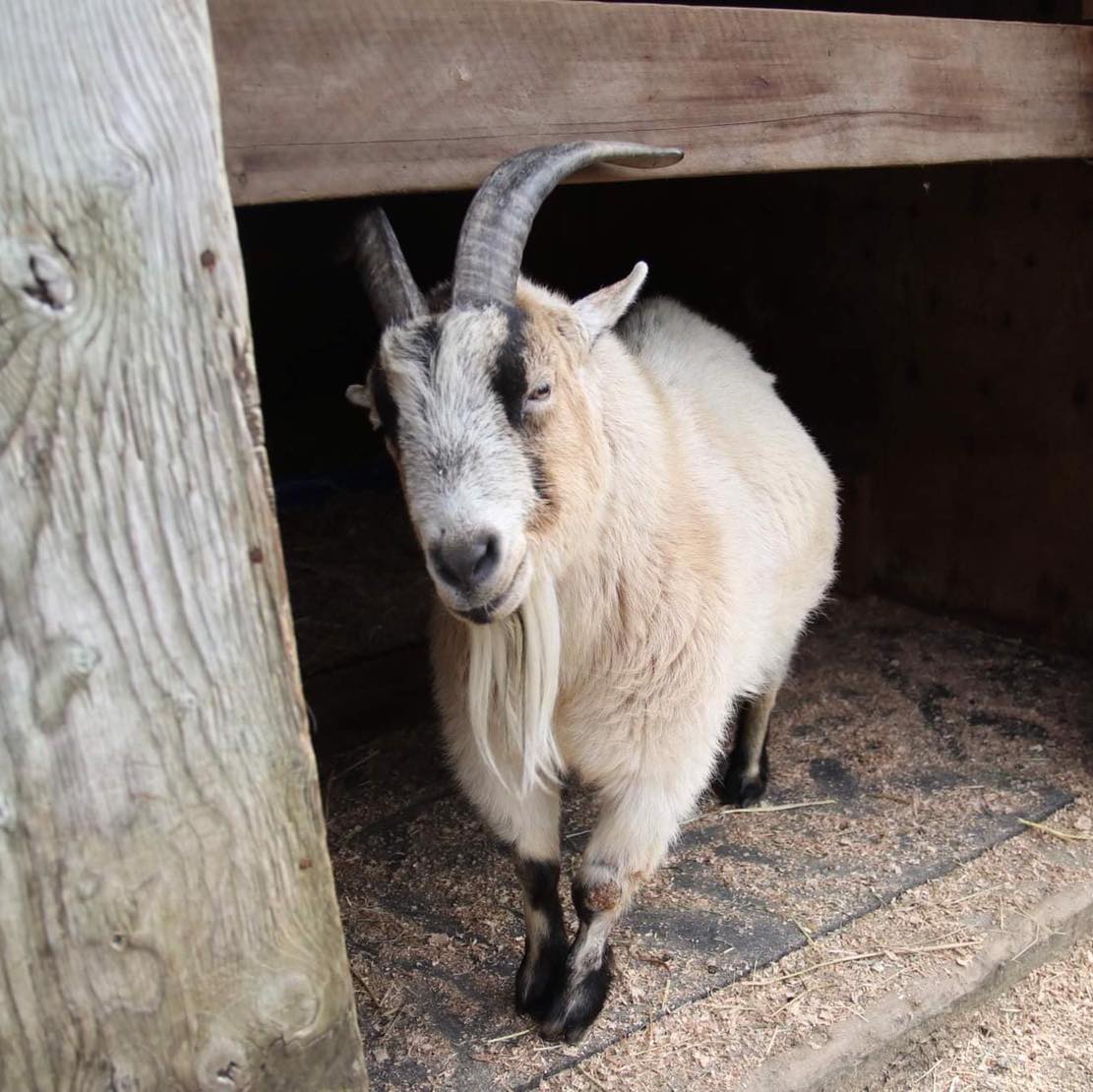 “SAINTS has never and will never sacrifice or reduce the quality of care for the animals at our sanctuary,” Lennan said, “so we are relying our community and The Amazing Raise to help us to continue to make that possible.”

If you would like to get more involved with SAINTS and helping the vulnerable animals in their care, Lennan said you can sign up to be a monthly donor to help make a difference. You can learn more about it at saintsrescue.ca, and follow them on Instagram and Facebook.