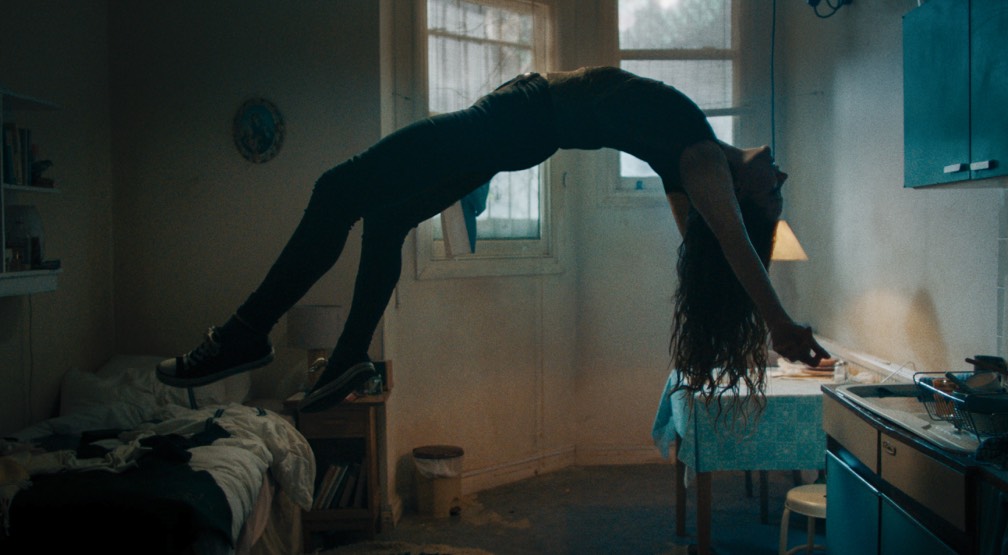 In a visually stunning wide shot during the opening moments of the new psychological horror film Saint Maud, the small titular figure starts her daunting journey up hundreds of wooden stairs, up the beach cliffs, and towards an eerily obscured house on the hill. We’re reminded of how every ghost and haunted house story begins, and we fear for Maud — but it quickly becomes unclear who we should really be afraid for.

“No, you’re lost,” Maud, the newly God-fearing nurse tells Amanda, the dying patient she’s now caring for, and whose soul Maud is trying to save.

In an inexplicably impressive directorial debut that she also wrote, Rose Glass has made an original, terrifying, and relentless horror for A24 — the studio behind Hereditary, The Witch, and Green Room.

Glass spoke with Daily Hive to talk about the horror hit that premiered at the 2019 Toronto International Film Festival to rapturous critical acclaim. 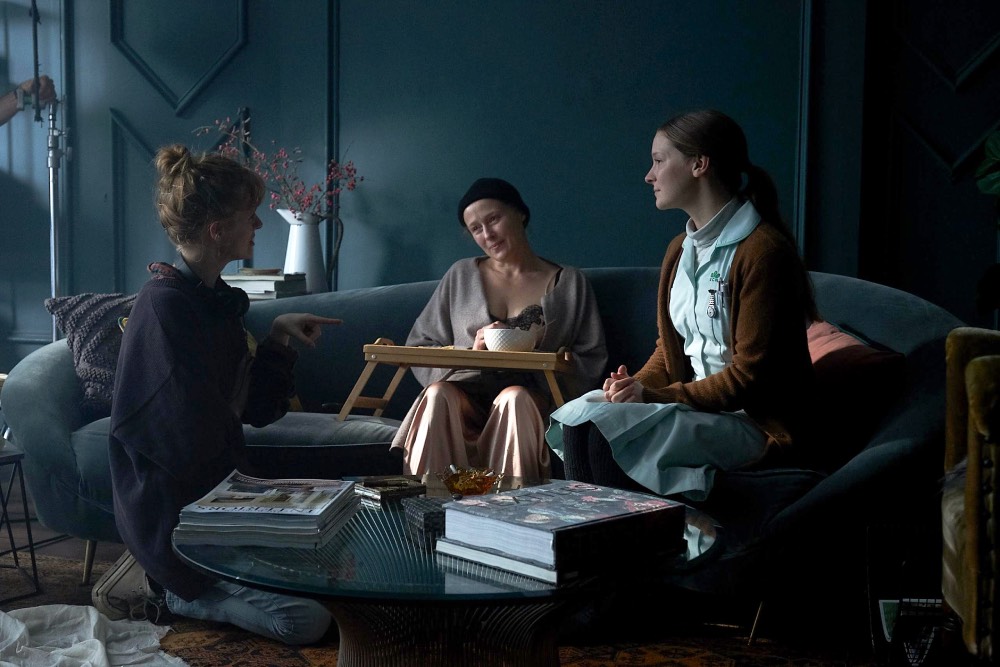 “Halfway through writing Saint Maud — I think about a year into it — I threw away the whole script and started from scratch,” said Glass.

In this realized version, Maud, a palliative nurse, cares for the former dance star, Amanda, in mostly physical ways as she nears closer to death — stretching on the floor, bathing, cleaning, cooking — but when the help becomes spiritual in nature, we are left guessing if Amanda is genuinely interested in being saved, or is actually playing with Maud’s faith out of boredom, or perhaps something more sinister.

“It was still essentially the same project. Until I threw it away and started again, I think the whole film had always taken place in Amanda’s house and was a lot more contained, Maud was like “I’m going to save her soul by any means,” and Maud was kind of like a mindless villain. Maybe I was trying to be a bit too Misery-esque, as much as I love that film,” says Glass.

Maud is anything but a mindless villain. The compelling pull of the two characters is trying to determine who the villain even is. Amanda’s opinions about Maud’s beliefs are in question, but mystery also lies in the way Maud peers in on Amanda’s life.

Does Maud watch through the cracks of barely open doors with curiosity, or is it judgement? Is she envious of Amanda’s freedom of faith, or disdainful towards her sinning ways? Maybe it’s both and she’s struggling with her own desires, as the film subtly suggests.

Glass conjures an unnerving inability to know what is real and what is not — in the minds of these characters and in the way the story is told.

Saint Maud is an atmospheric terror that intrigues, but never confuses. Are these things really happening? Are they dreams? Nightmares? Rationalizations?

Playing the titular Maud in her breakout role is Morfyyd Clark, whose astonishing performance demands an icy demeanour that can slip in and out of hateful rage and body-contorting pleasure in an instant.

“She’s just got this haunting face, and is sort of sickeningly watchable, and amazing on screen,” said Glass. “She just seemed so initially unassuming. She’s so versatile. She’s been in several films that came out in festivals the same year and a lot of people didn’t recognize her from this role as well, and her character is a bit of a shapeshifter.

Morfyyd, throughout the film, has to take the audience to some pretty strange places and does some really naughty, reprehensible stuff. For me, the challenge was to see if we could get the audience to completely be empathizing with her and understand why she’s doing everything as she does it and put themselves in her shoes. She had to encompass all that,” added Glass.

Glass initially had her own way of describing and comparing Maud to another iconic film character whose motives are unclear behind a lonely, judging, possibly dangerous demeanour. “Try imagining if Travis Bickle was a young catholic woman living in a seaside town,” the writer/director told us.

Martin Scorsese’s 1976 anti-hero character study Taxi Driver may have been a way for Glass to originally present her idea of Maud, but it was the themes of faith and God in many of Ingmar Bergman’s films that had the biggest influence when writing the story.

“Through the Glass Darkly, Persona, and Silence — a lot of these quite contained, strange, pressure cookery, psychological dramas,” said Glass. The psychological twisted films of Bergman, exploring insanity and duality, are evident in Saint Maud — but it’s still very much a horror film, and an extremely scary one. Glass brought her influences from that genre as well.

“Rosemary’s Baby has always been one of my favourite horror movies, and I love Repulsion, so some of the tonal stuff I’m sure was floating around. The Devils I found helpful to remind me of religious ecstasy, and just for that amazing moustache,” said Glass.

Saint Maud is a delightfully frightening film, with the scariest moments coming from the quietest ones. Because we are unsure of Maud’s intentions, and who speaks to her, we never know what will come next, and when. Maud clearly believes she isn’t perfect in the eyes of God, sticking tacks in her shoes and praying on pointed pads, but how far she is willing to go to find forgiveness seems to inflict more injury on herself — and others.

Following its premiere at TIFF, Saint Maud’s release date was delayed by the global pandemic. The film was planned for a 2020 spring release, but was left floating in limbo — until now. For Glass, making this movie has been a dream since childhood.

“Because it was my first film, and I basically wanted to make a film since I was a child, and it’s all I’ve ever really thought about doing, or wanted to do — the pressure you build up in your own head that you feel rest on this thing working or not are very high,” said Glass.

The wait is now over. Your saviour is coming. Saint Maud will be available to stream Friday, February 12.