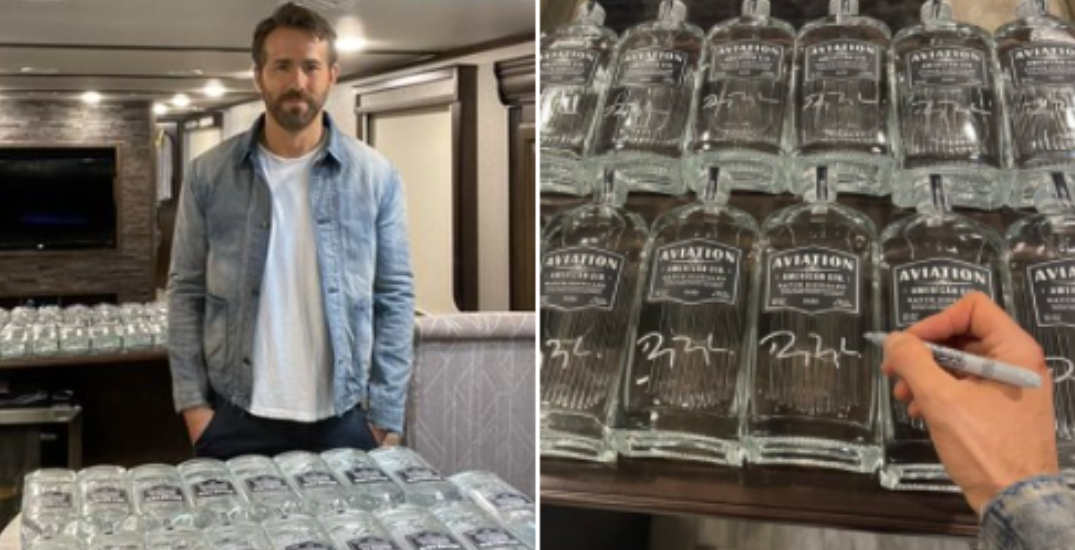 Some lucky shoppers will be able to snag Ryan Reynolds’ autograph at Canadian liquor stores.

The Deadpool actor took to social media on February 25 to announce that he was sending 100 signed bottles of Aviation Gin to LCBO stores in Ontario, and another 100 to BC Liquor Stores.

“I signed 100 bottles of Aviation Gin for the Liquor Control Board of Ontario,” Reynolds, who is a partial owner of the liquor brand, wrote on Instagram.

“Weird name for a person but tbh if that were my name, I’d drink that much too.”

The Vancouver native later added an update to the post, clarifying that the autographed bottles he’d shared were actually intended for BC.

“Now signing 100 bottles for Ontario and before you ask Newfoundland, NO,” he added.

Ontario’s liquor board said it would keep customers posted on how they could get one of the exclusive bottles.

Last month he appeared alongside Diddy and David Beckham in a SuperBowl commercial, which saw the three promote their respective liquor brands while showing support for the hospitality industry.